Over at Chaos Dwarfs Online there is a semi-regular painting event that challenges participants to sit down for a 6 hour painting frenzy and to document where they started and where they end up during that period.  This weekend saw another of these events take place...the first that I have had a chance to participate in.  Sadly I was not able to set aside an entire 6 hour chunk but was forced to break things up into little segments of time and try to document both what I was doing and and how long it took.  This being the case I chose to try and kill two birds with one stone...you see I had also committed to participating in the CDO miniature exchange...and my recipient...a nice guy with the handle DAGabriel...had asked me if I could reproduce the conversion I had made of a CD musician from a Xbow dwarf for the Golden Hat competition from a couple of years ago.  I was more than happy to give this a go again and documented the process...something that I failed to do the first time I converted this figure.

This is a picture of the figure to be converted...and the goal...a converted CD musician. 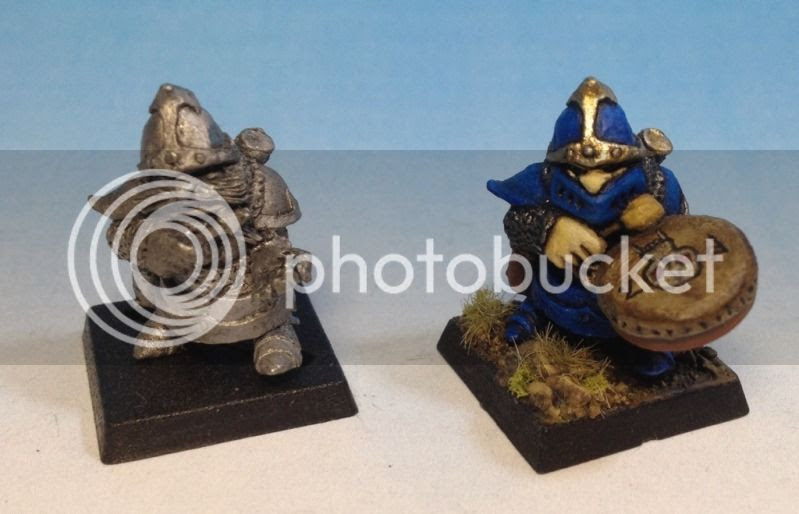 You can see that the base figure is one of the classic CD xbowmen from the 3rd edition time period...normally i wouldn't covert such a classic...but this figure had already had his horns cut off by some silly person so I don't feel too bad about converting this vintage piece.

The first thing I had to do was use a utility knife to shave off this dwarfs mustache and lower lip...do a general figure cleanup...and mount him to his base.  Elapsed time 11 minutes 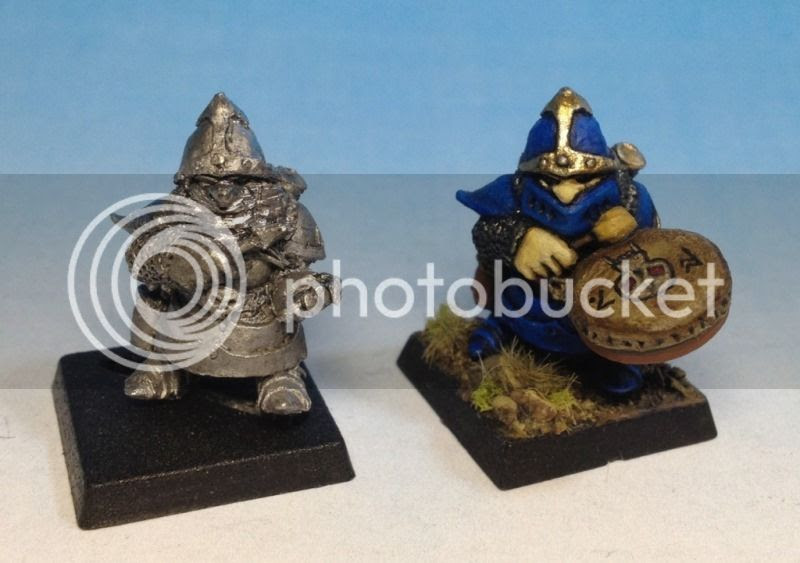 Next I busted out the green stuff and covered up the quarrels sticking out of his quiver to make it look like a small case...maybe for his drum sticks...? 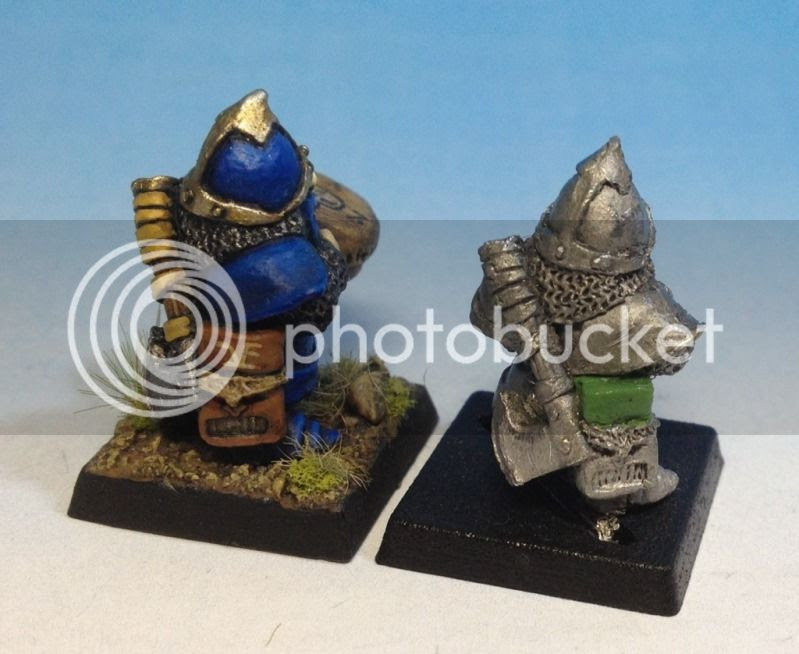 I also (amazingly) found the same marker that I had cut up to make the body of the drum on my first conversion and sliced off another round and shaved it down to the right size and thickness. Then I used more green stuff to sculpt his face mask. 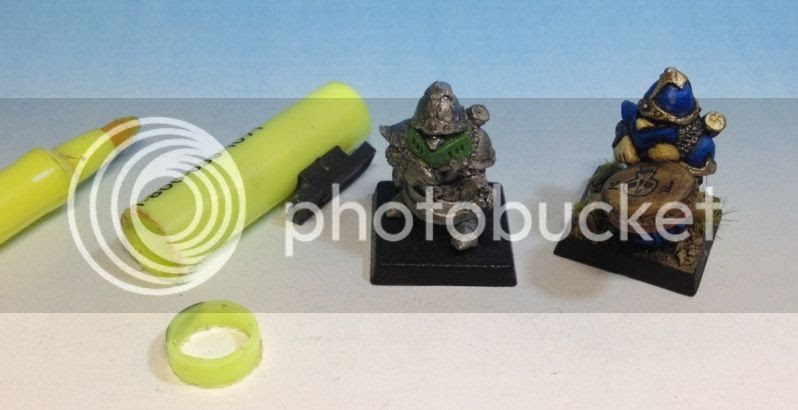 After this had some time to cure I put the skin on the drum head and set that aside to cure as well. 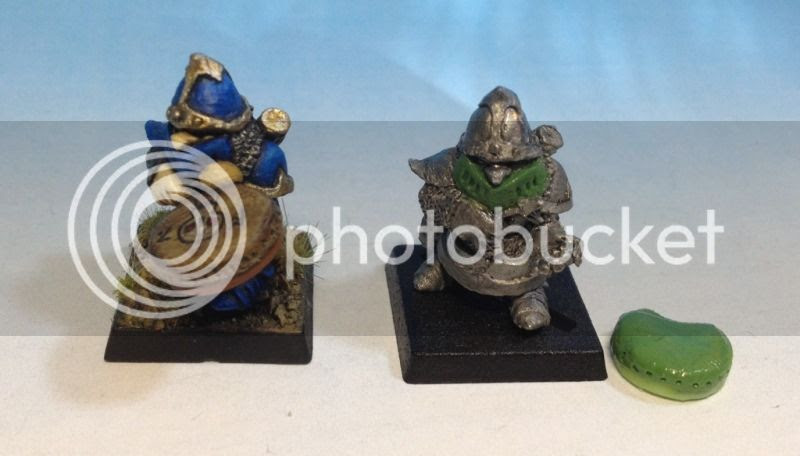 Once they had hardened...hastened along by a spell next to the wood stove.. 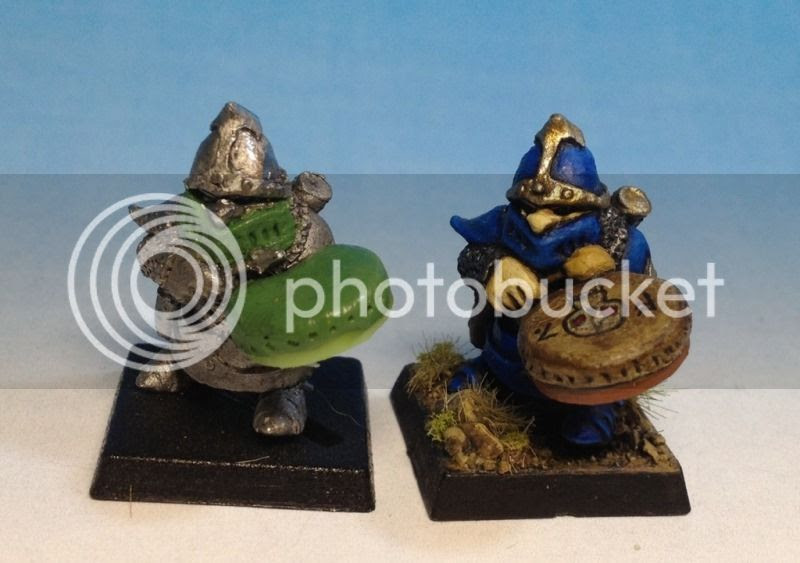 And finally put the little ball on the end of the arrow he was holding to turn it into a drum stick. 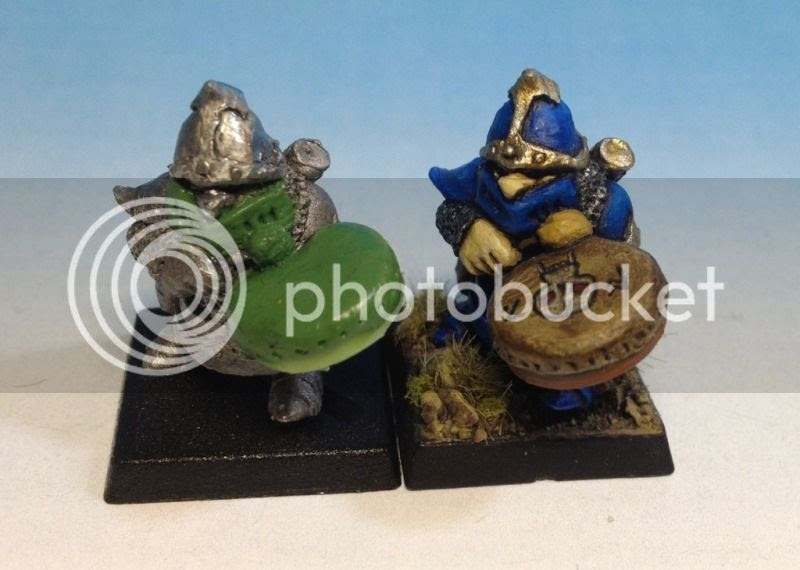 So I let this completely harden for a few hours and then primed it. In my next post I'll cover the painting of this figure.  Total elapsed time so far...1 hour 5 minutes.


Since this didn't actually take that much time I started in on a second figure to fill some of my time allotment.  For this I decided to work on the figure that Im preparing for the Bugman's monthly painting contest.  I opted to paint up another of the White Knight Zweihanders....and this one is my favorite of the bunch...somehting about this figure that I just love.  Here is the primed version... 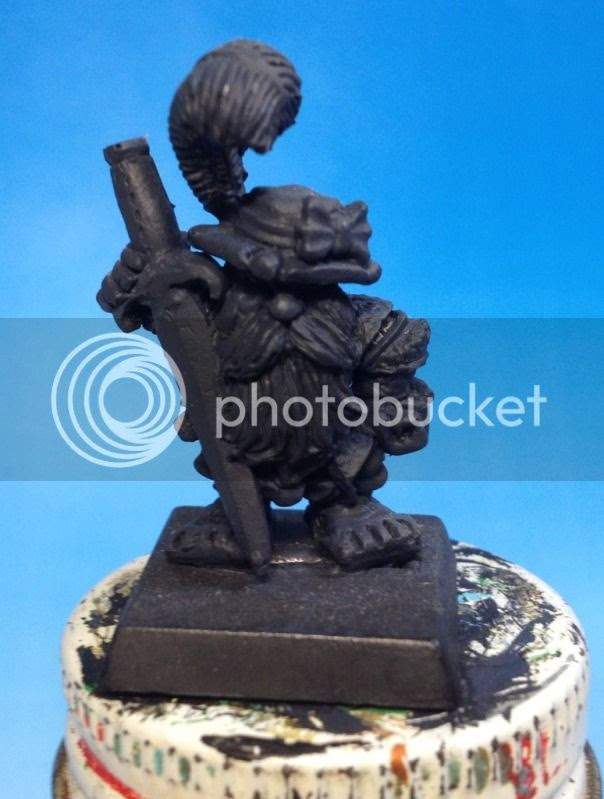 He just has an "attitude" about him that I really like.  Anyway...I spent about 1.5 hours on him and got him to this point. 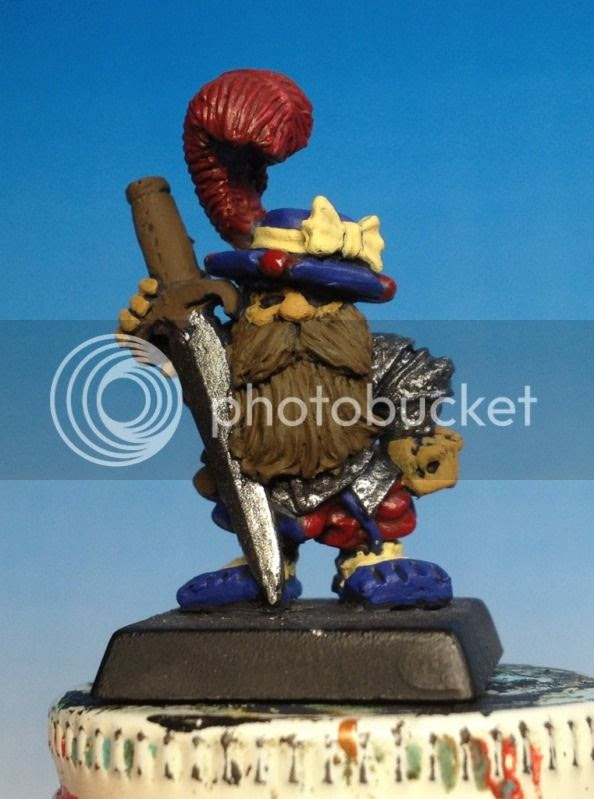 Essentially just the base colors...looks a little rough now but it will all smooth out in the end....I hope.  The next post will have the finished versions of both of these figures.