Well...I've managed to make it to the mid point of this years LPL...man how time flies!  One of the great things about the LPL is that it sometimes forces you to paint outside your comfort zone.  For Round 5 the theme was: Ancients....

...now as you are well aware I have a mass of lead in my man cave...but it does not contain a single "Ancients" miniature.  BBBuuuttt...as luck would have it I just concluded an agreement with a kind gentleman from the Oldhammer Forum to paint some figures that fit the bill quite nicely.  LadAsbestos sent me a great group of miniatures to work on and among them were these five Sea Peoples Warriors...I beleive they are from Foundry.  They turned out to be a joy to paint...here they are! 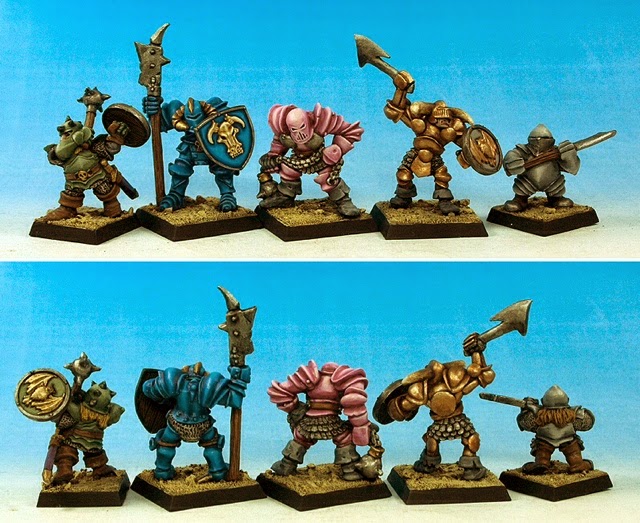 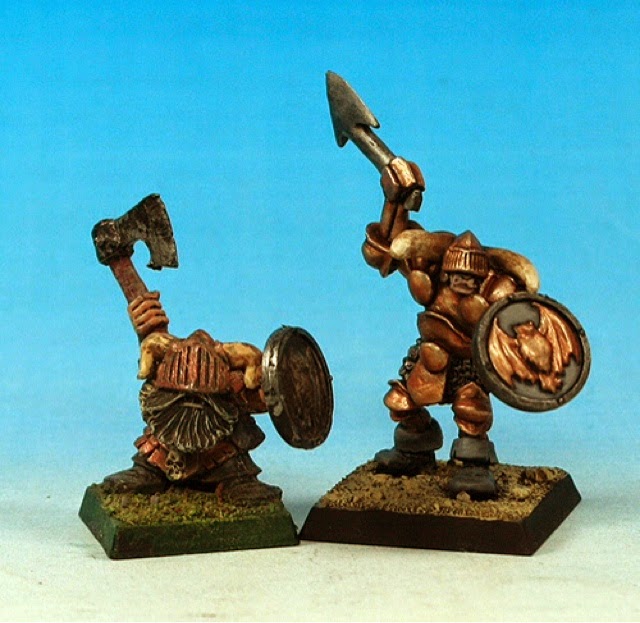 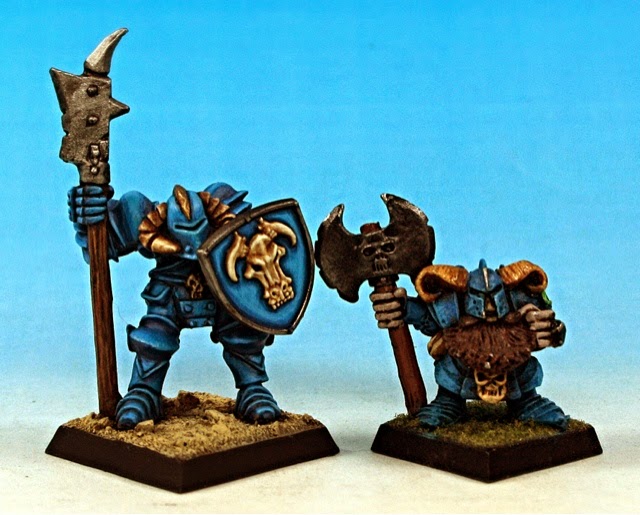 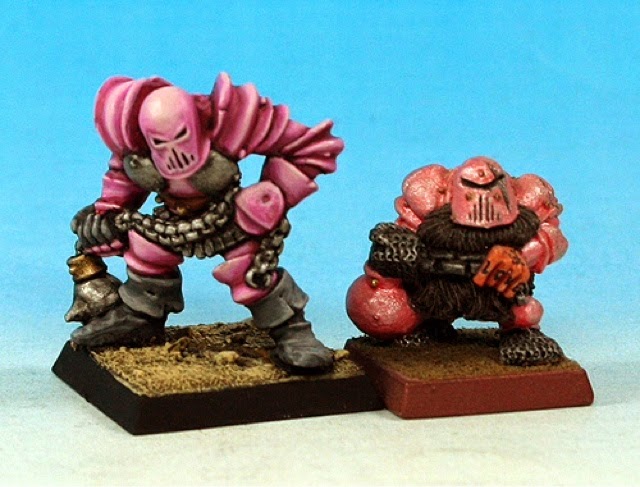 An Oldschool Project to check out....

This is just a quick heads up to let people know about a OldSchool style project that one of the members of the OldHammer Forum has begun.  Diego Serrate…aka The Obscure Creator…a Very talented sculptor …has been working on a number of retro-flavored figures.  OC is now at the point where he is hoping to get some initial pre-orders up for his first completed sculpt…a Space Minotaur!  The proceeds from this pre-order will be used to get this figure cast up and to help defray the upfront costs of the other sculpts which are WIP but nearly complete.

Lets take a look at what he has been working on.  First up is the figure up for Pre-order…the Space Mino…I’m absolutely picking one of these up to include in my Chaos Renegade boarding party.  Here are a few pics. 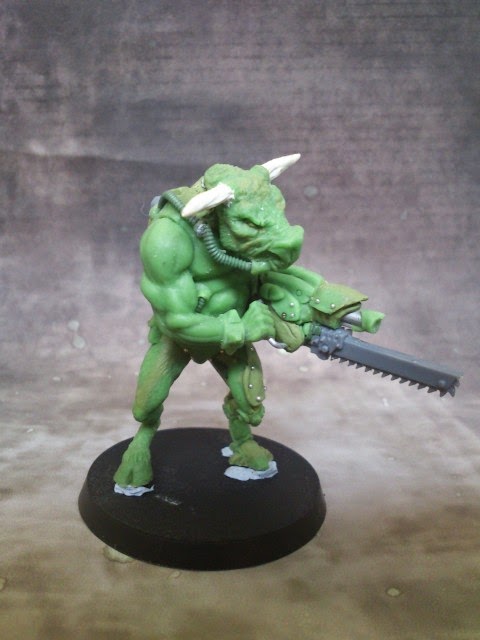 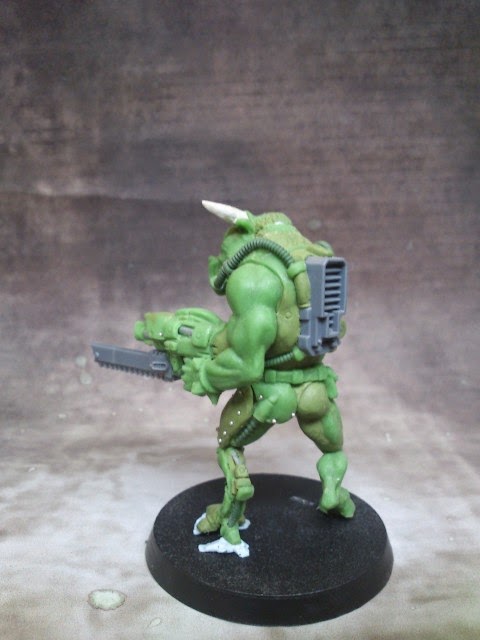 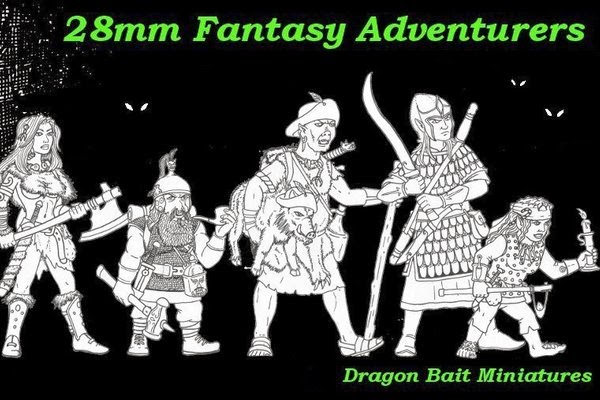 I just decided to jump onboard the new Indiegogo campaign that Orlygg recently discussed on his blog here...Dragon Bait Miniatures.  I really like the look of the Greens that are now on display...and knowing the Kevin Adams is doing the sculpting allows me to feel confident that the remainder will be just as nice.

My little group of gamers have really been enjoying some low stress dungeon crawling over the last couple of months...but sadly most of the hundreds of figures I already have don't really fit well in a dungeon exploring roll.  They look too much like soldiers!  I think that these will give a much better representation of characters for these types of games.  The concept art and displayed greens show a very oldskool feel that doesn't take itself too seriously....I mean a Halfling Barbarian...with a turkey leg...how can you not love that?!?!


Lets take a look at some of the greens that Kev has produced.... 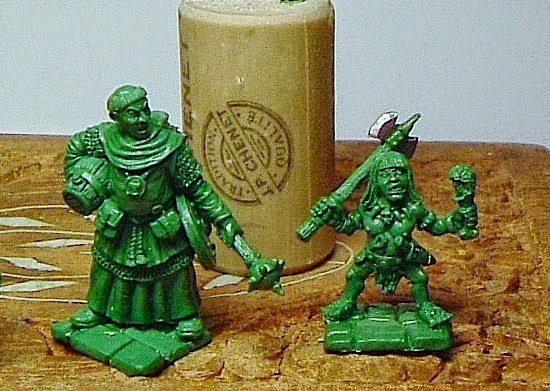 Here is the aforementioned Halfling Barbarian and an excellent looking Cleric. 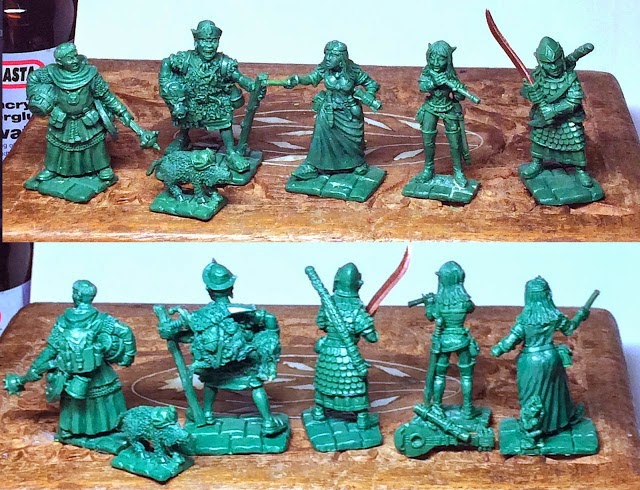 And here are a few of their other freinds and co-workers...all look fantastic IMO.

I'm quite excited to give these a once over with the hairy wand when they find their way to my castle...

Time for another update about the ongoing LPL.  Voting for Round 3 has wrapped up and Round 4 is now underway so I can share with you my Round 3 Entry.

I returned to my Muster Troops from Alternative Armies for another team...this time including the Squad Leader and another heavy weapon.  Here is my entry Photo.

LPL Round 2: Jenkins! Get over here! Alternative Armies Muster Troops

Just a quick note today to share with you the figures I used for Round 2 of the LPL.  This was the first un-themed round so I moved forward with trying to get some troops done for my growing 40k project.  For this purpose I painted up a team of not-Imperial guard troops using the excellent Muster Troops Figures from Alternative Armies Ion Age Range.

I attempted to imply a bit of a "story" with my team photo even though it is just on a gradient background...hence the name of the team...here is my entry pic.

"...And There was Much Rejoicing!!" A Trifecta of Collecting Goals Achieved in a Single Day!

Well...this was quite a day on the collecting front for me.  As I get closer and closer to achieving my collecting goals, checking off major "accomplishments" in this quest is becoming  less frequent and more difficult.  And that's why today was an "Blog Post Worthy Day."  As the Title of this post suggests today I was able to finally check off no less that three of my major collecting goals!

The first I alluded to in a post on the Oldhammer Forum....It is one of few Reference Books I did not have in my collection...

What is that in there?  It sure is well packed!

Building on my last post which featured the Ewal Dvergar that I painted up for Round one of the LPL... here are a few pictures of all the Ewal Dvergar that I have painted up to now.  In total I have 9 of these fantastic figures painted (though a few are still missing shields)...in order to round out the unit to two nice ranks of 5 I have also included the MM90/WK conversion that I refer to as the "Green Knight"...though I've stuck him in the back rank.

While this isn't a huge unit its starting to look pretty good!  I had orginally thought that I would mix in Clam's sculpts with my MM90s to make a big unit...now after seeing these guys all together...I'm thinking I need two units :)  One of MM90s and one of Ewal Dvergar!