As I reported to you back in the foggy distance of time there is an upcoming crowd funding campaign for some new dwarf figures being produced by Bood-Wargames.  This campaign has been delayed from a September start date to one later in the month of November but it is still forth coming...so keep your eyes peeled.

Mr. Bood was kind enough to allow me access to a small batch of his figures before their official release so that I could slap some paint on them and share them with you as a preview to the main event.  In a previous post I shared with you my initial efforts on two of the infantry models.  Since then I have been able to complete five more figures and add shields to the those that were completed earlier.

Here is a quick group shot of the whole batch that I took with my iPhone.  Below you will find higher quality images of each of the individual figures for your viewing pleasure. 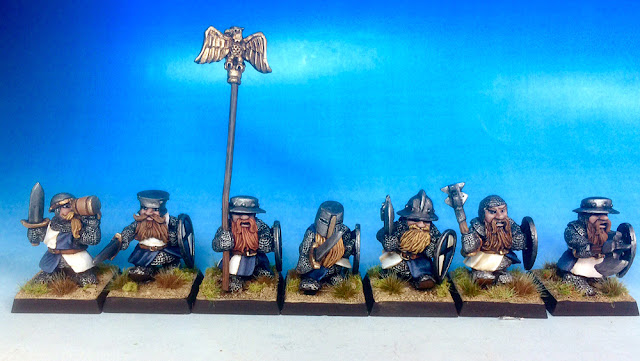 Here are the individual shots 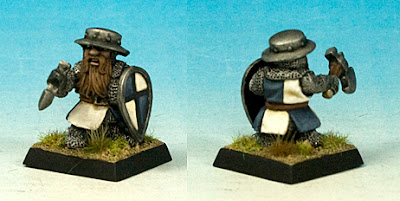 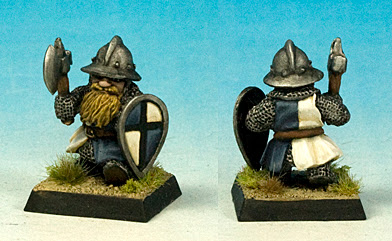 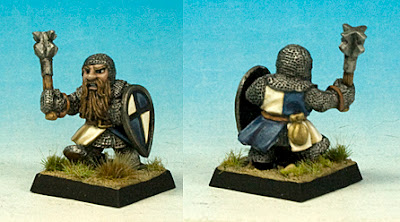 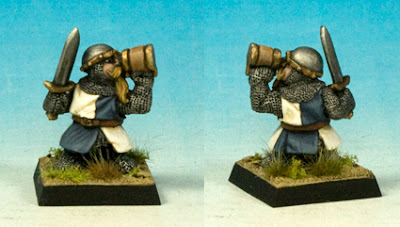 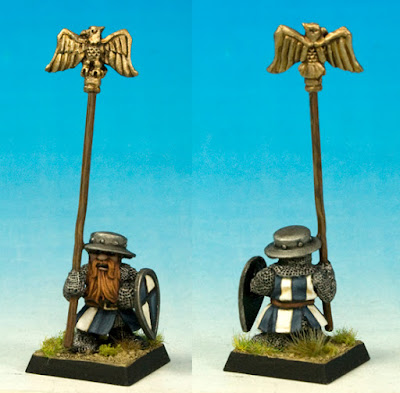 I have several more of these guys in process as well as some of the Pony Riders...which I'm very excited about.  I'm also working on a batch of Citadel Imperial dwarfs which I will mix in with these to form a complete unit.

Here is where they are at in the process. 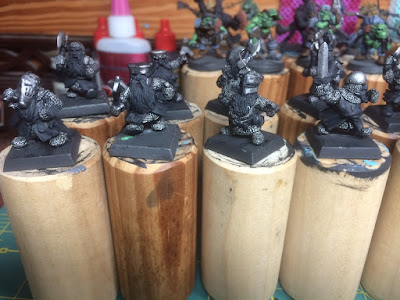 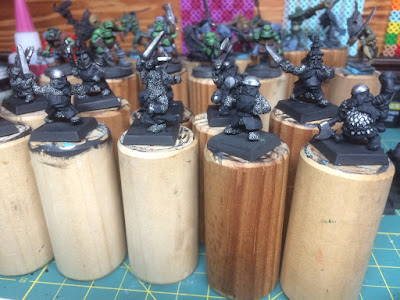 As you can see I have the armor completed, which is the bulk of the painting on these guys, and am in the process of putting the base coats on the flesh and cloth portions.  More on this as progress continues.

When combined I think this will make for a striking and powerful boost to my infantry forces.  these will be tabled as a portion of my Bretonnian army...hence the muted colors and different skin tone which is a departure from my Empire Dwarf figures.

Please keep an eye out for the upcoming Bood-Wargames Crowd funder...I'll be sure to plug it here incase you miss the announcement elsewhere!

Here is the final batch of the Bretonnian Knights that have been haunting my painting table for the past couple of years.  Now that they are done I'm really happy with how they have turned out...its been a long road to completion...

This batch includes the command section for this unit and a bonus model that I will probably use as my Army Standard Bearer in the future.

Standard...Ok, so he is not completely done...The actual standard will be forth coming...(shut up Kober!) 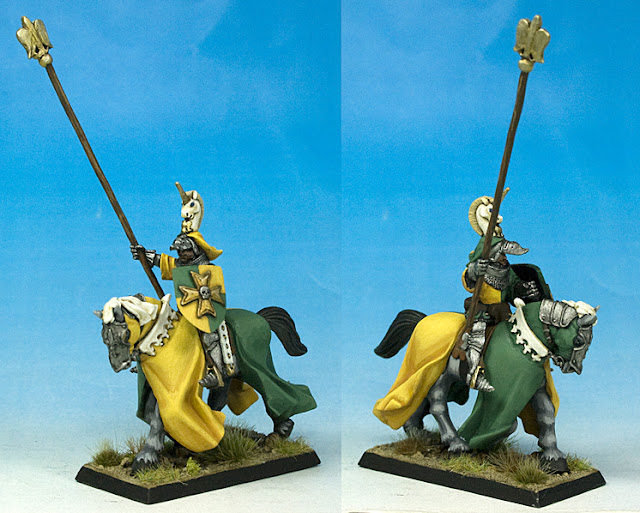 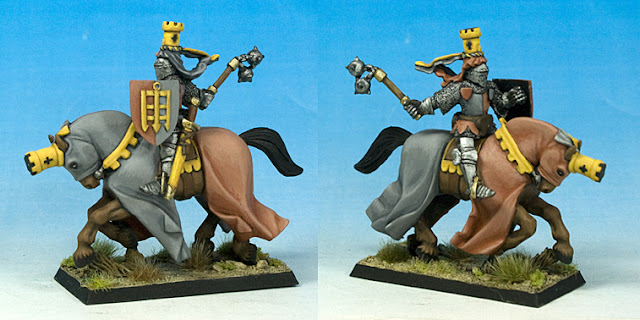 And finally here is the Army Standard Bearer...and Opera Singer 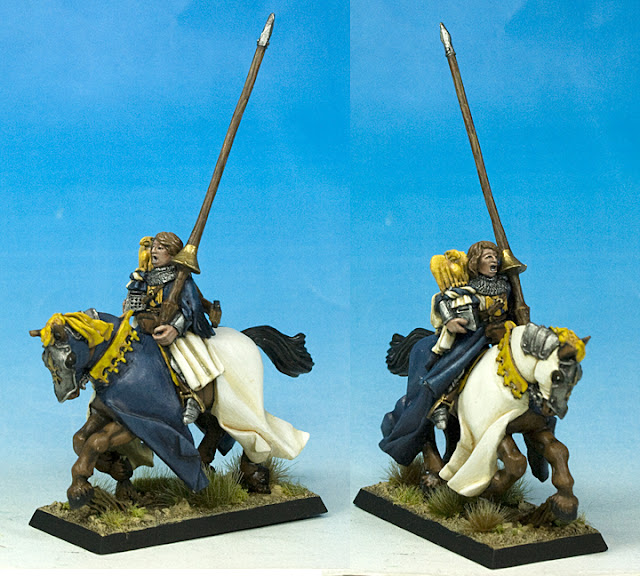 While I had the figures out for these photos I tool the opertunity to capture moe of vignette image with a few of these knights and some of my other Bretonnian models as well. 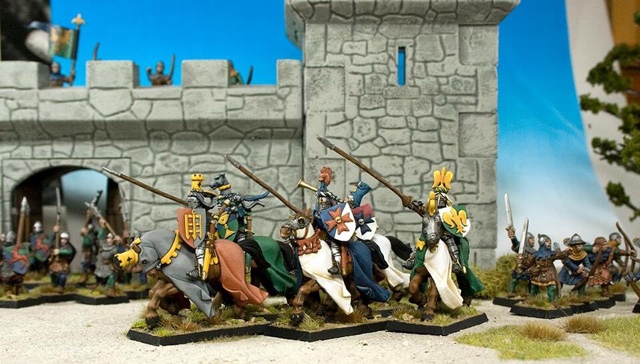 Thanks for watching this never ending parade of knights!

Well...they made it onto the table at Oldhammer In the New  World...but they weren't really finished.  They didn't have their shields and the bases were only sanded...they weren't done.

...of course they paid me back for this indignity by running off the table at the first chance they got...so...well I guess I learned something there.

Anyway.  Now they are done...the cowardly bastards.  I'm certainly hoping that they prove a little more resilient in their next encounter.

Anyway...lets look to the pictures.  Here are the first half of the unit.