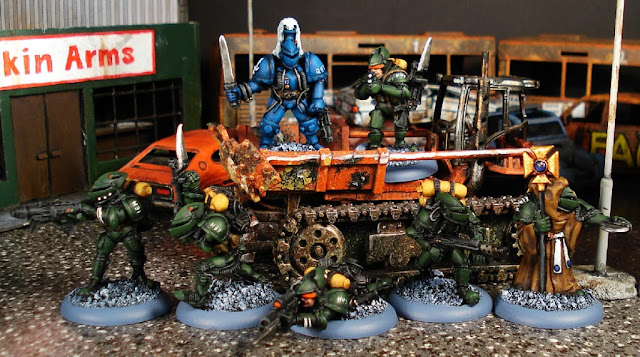 Howdy all...well the heart of the summer is upon us....my ankle is healing well and my work load has gone off the charts...seems no one did anything at work while I was laying on the couch for a month...lazy sods!  So my hobby time has been quite restricted but I do have a couple of updates to share with you.

First of all I finished off the last of the infantry units for my Bretonnian warband....these are the halberdiers I was working on for the Monthly Unit Painting Challenge over on the Oldhammer Forum.  They still need a banner and few shields but they are done enough for now.  This unit didn't inspire me the way the others did but I'm glad they are finished and I'm fairly happy with the way they turned out.....take a look for yourself.  Sorry about the crappy wooden movement tray...its a WIP 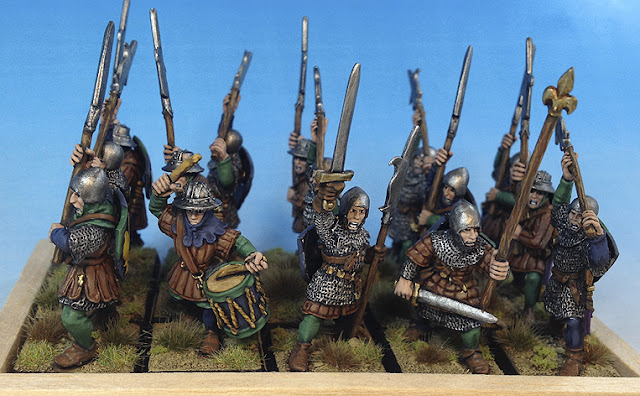 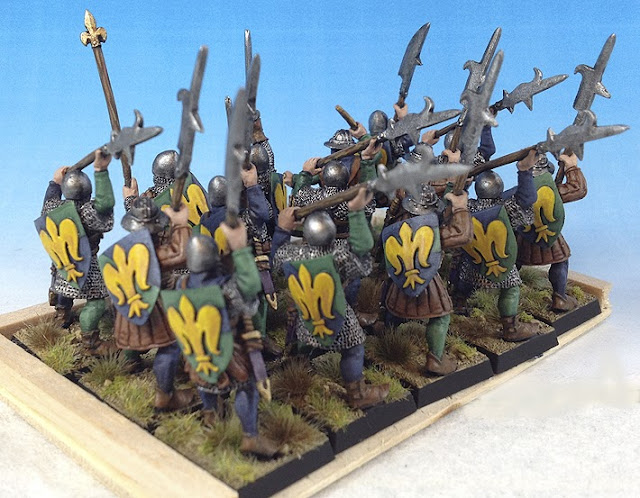 With the completion of these guys I'm getting fairly close to being finished with this small army.  On my painting table right now are a unit of 10 knights as well as a general and army standard bearer.  The only other thing I have to add are more mounted yeomen....I'm still hunting a couple of the sculpts down but that unit can grow slowly.

On a completely different note....last weekend my painting mojo completely vanished so I found some time to clean a prep models for future efforts.  Recently my boy Clam sent along a set of his new Ewal Dvergar sculpts for me to play around with.  So I spread them out with a batch of the first release castings that were still patiently waiting assembly and I went to work....here is what I started with.

As you can see there are a LOT of options here....so I spent the better part of night just fiddling around and trying different head and weapons options on the various bodies.  By the end of the evening here is what I had come up with....a group of 4 with pole arms...

...a couple with two hand weapons

....and a sizable group of hand weapon and shield warriors

Additonally I built this guy on the left with the two handed sword and started on a couple of conversions with some of the extra bits...which are sill very much WIP.

I hope to get these guys primed up in the next few days so they can join the great unpainted masses awaiting my attention on the painting table.