This last week saw the announcement of the latest iteration of the Lead Painters League over on the Lead Adventure Forum.  The rules this year have been streamlined a bit and the focus seems to be coming back to painting over elaborate scenic set ups...which suits me just fine as I have so little decent scenery against which to photo my figures.  Also the total number of figures to be painted has been slightly reduced....again this suits me well as I'm always so rushed to get teams done.

Just a quick update to let you know that I hadn't forgotten about the dog for this war band.  I'm starting to block in the colors and the for pattern. I'm going for a Doberman or Rottweiler look. 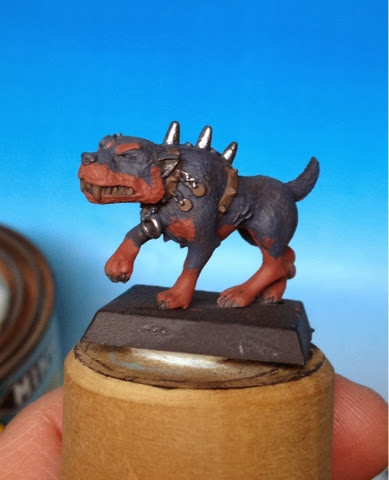 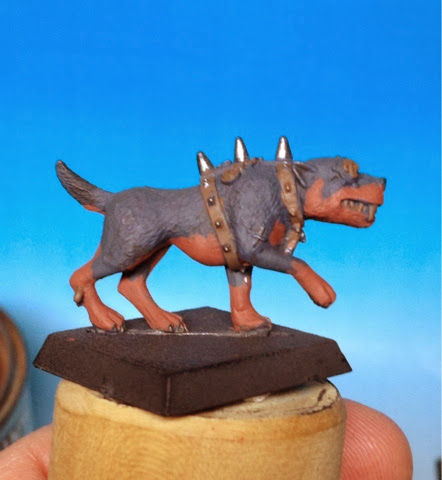 There is still a long way to go of course. 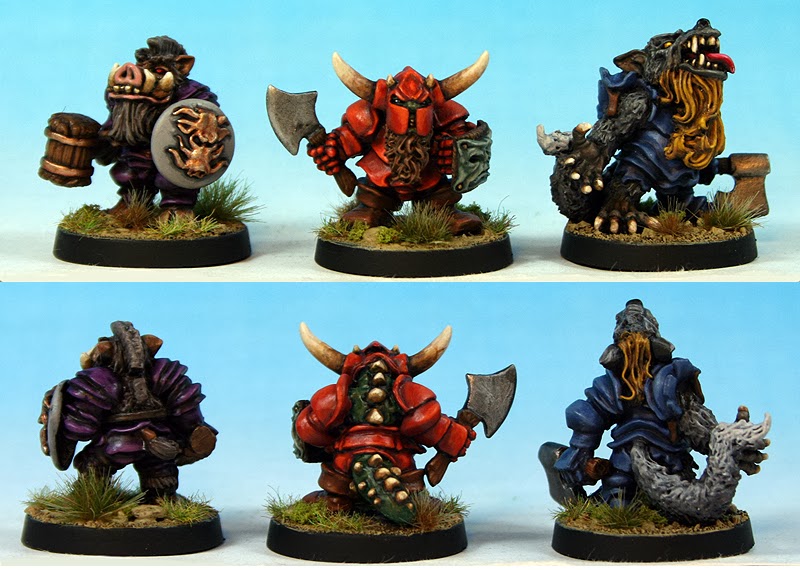 You won't believe how much shit is in this one small flat rate box....