So I spent a lot of time fiddling with all the the different head and body combos...so many options!  One of things that I was always slightly disappointed about with the selection of sculpts for the Marauder Pikemen was the fact that only one of the them wore any armor or helmet.  So I was excited to see that several of the heads from WK's dwarfs were equipped with sallet helmets.  Therefore I decided to build the two bodies that were destined to have pike arms with helmets...one open and one closed.  The other two bodies I assembled with examples of the other weapons...one with a musket and one with a sword.  With these I choose heads that I thought would interesting and that would be enjoyable to paint.

To make a long story short...here are the assembled figures 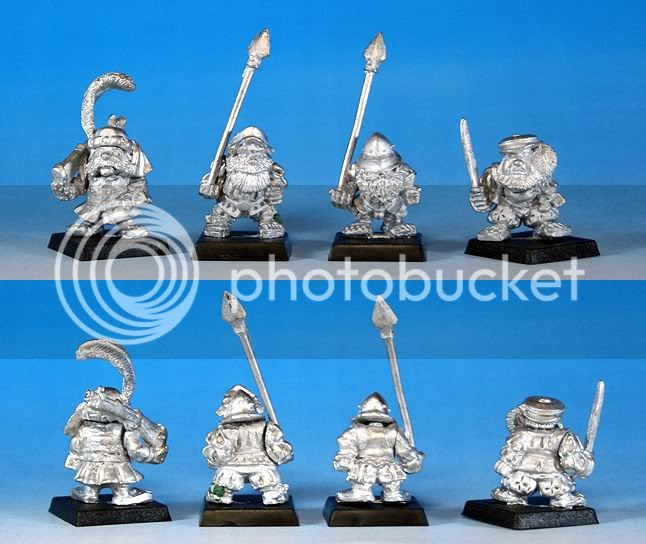