Yes! its true! The end is in sight! I'm nearly complete with the long running Goblin Wolf Boy project that has been the theme of of Quarintime Painting.

Today I bring you the last of the big groups of Wolf boys...after this there will be 6-10 more random Citadel riders I will paint up in the future to round out some units...but this is the last big batch.

This time I'm presenting my take on the 4th edition wolf boys.  These fantastic Colin Dixon sculpts were done for the Marauder range...when it was being re-incorporated back in to mainstream Citadel.  These figures were one of the first to come with the new range of plastic mounts that citadel released with the new edition.  These guys came with extremely large plastic wolves...I've never liked them and opted to find alternative mounts for my troopers.

I tried all the metal wolf options I could think of and none of them really fit properly as these goblins are a fair amount larger than their 3rd edition brothers...and the 3rd edition wolves seem quite small under these guys.  Finally I settled on the old Wolf sculpts from the classic Goblin Battle Chariots.  These wolves are quite a bit larger than the other wolves used for mounts and they fit very well with the 4th edition goblins. I took me quite awhile to track down 16 of these wolves...but with that goal accomplished I settled down to prepping the unit and started painting.

Here is the assembled unit... 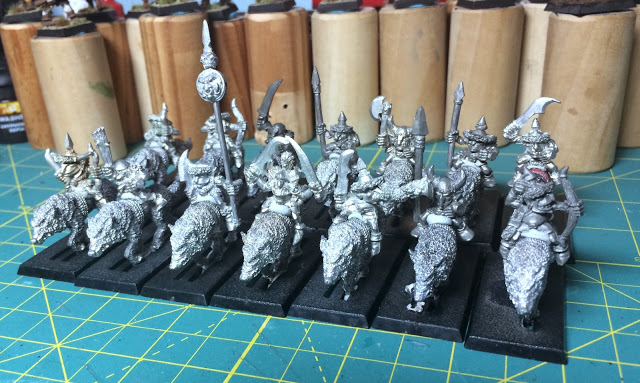 and here they are Painted!!! 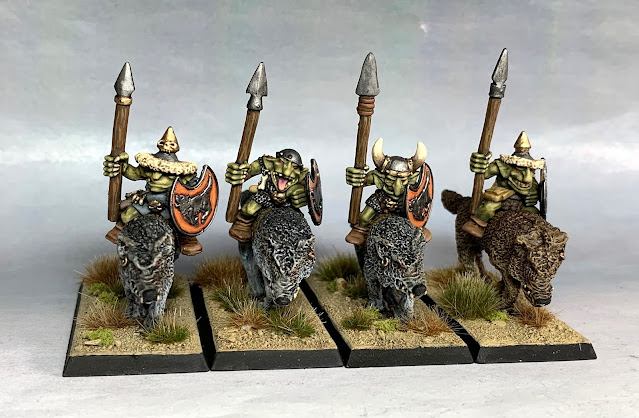 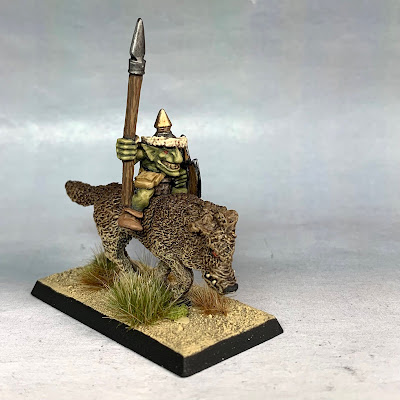 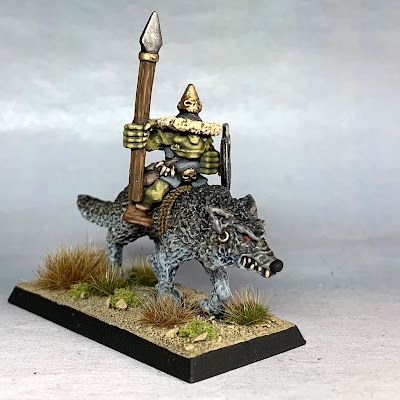 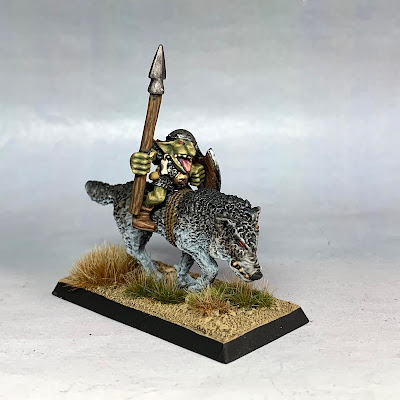 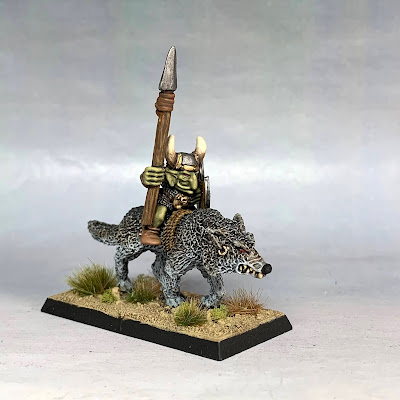 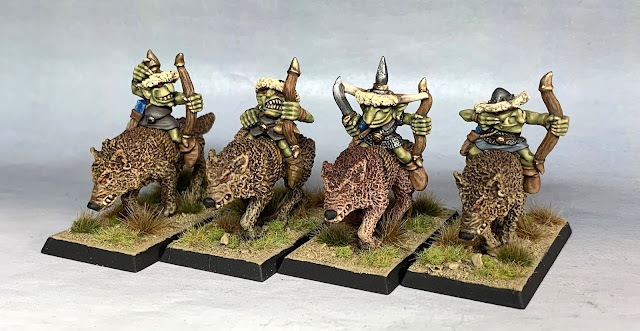 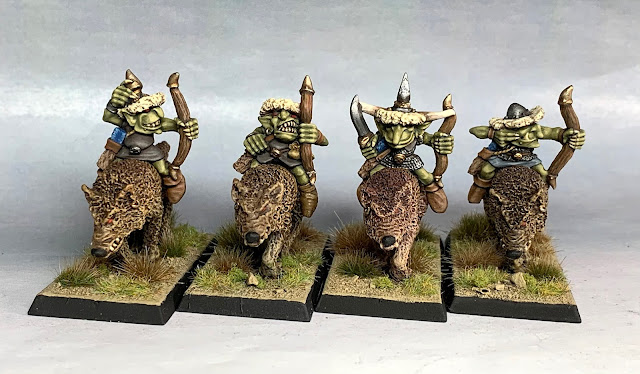 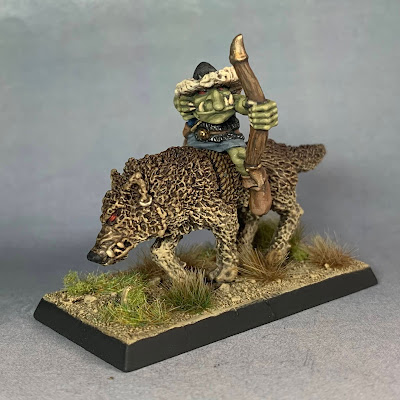 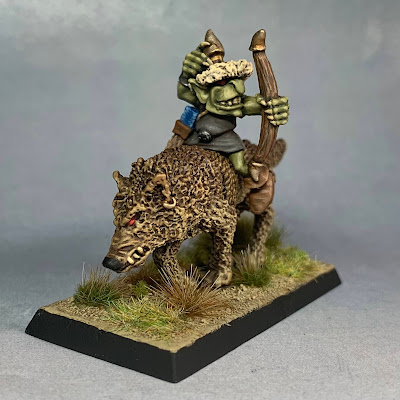 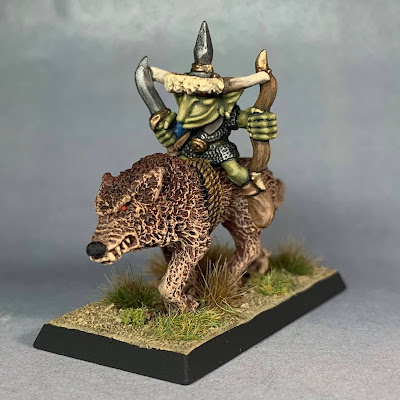 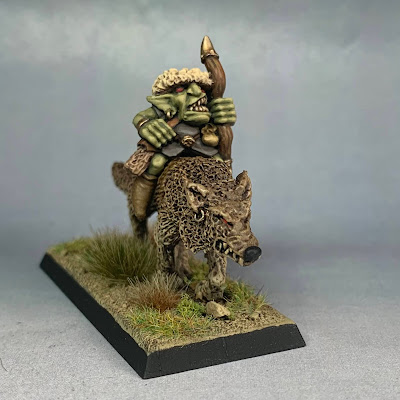 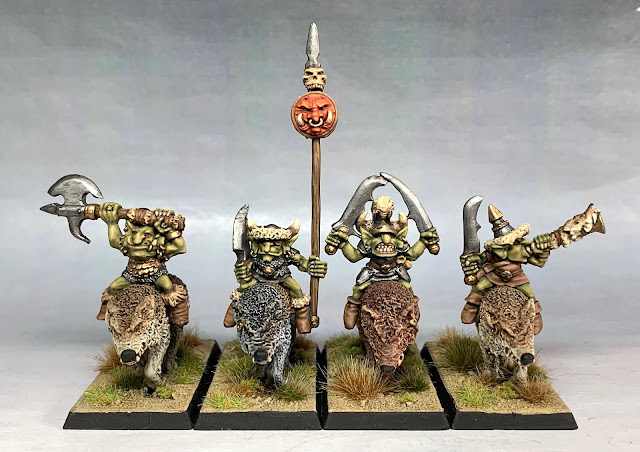 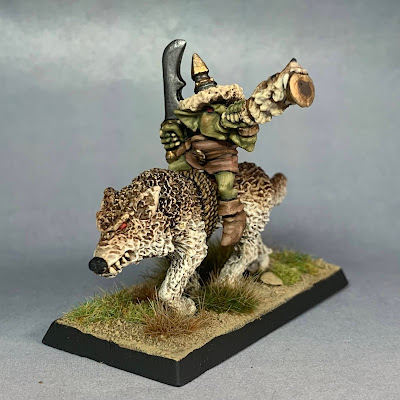 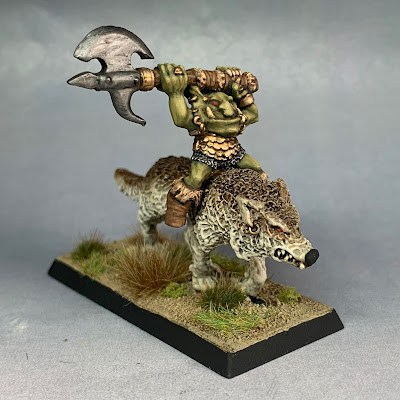 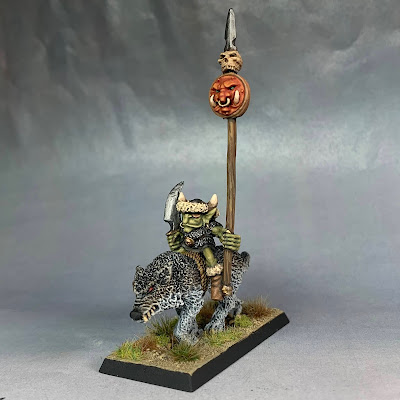 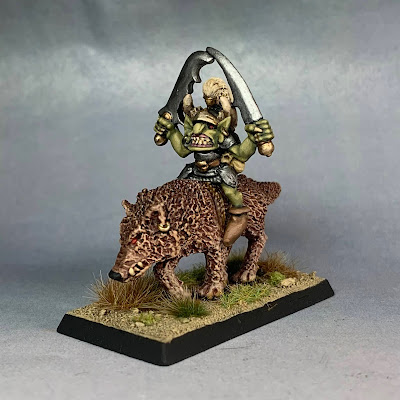 I'm really happy with how this unit turned out...I like these large Chariot wolves and think that they are a VAST improvement over the plastic monstrosities they were released with (YMMV).

Due to their slightly larger size, in comparison to the 3rd ed wolf boys, I will either be running these guys as an elite unit....or possibly as hobgoblins to account for the size difference.

Eventually I may add 4 four more archer figures and split this into two units of 10 for use in Oathmark as well as Oldhammer games.

So thanks for coming on this wild Goblin filled ride with me!! I'm extremely excited to get all these wolf boys on the table for some group shots in the near future...and to move onto new projects for a bit.