I've recently transitioned to working on my puff and slash Empire army.  These units will join my puff and slash dwarf army to represent the Human Corps from the City/state of Salzburg. I'm Participating in the Call of the Crown 2 painting challenge as motivation to get a good amount of these figures painted in the next few months.

First off the desk are the Armored Halberdmen (Human Linebreakers in Oathmark). This unit is composed of all metal miniatures dating from the early 1990's released during the slow transition from 3rd edition WFB to 4th edition.  While I really appreciate the older more ragamuffin nature of the earlier Empire range (and will be using them for militia units in the future) its these figures that I fell in love with when they were released that I think of when discussing empire troops.  Its taken me quite a awhile and considerable amount of coin to collect the figures for this project but its long term goal that is fun to check off.

From the excellent Empire range of Halberdmen released at the time I have chosen to form this unit from only those models that are wearing heavier armor...all the others will be part of another lightly armored unit. this has meant the use of several duplicate models...so I've attempted to add as much diversity to this unit as possible by modifying a few of the figures and incorporating "non-traditional" troopers like the bloke with the hook halberd from the War Wagon model.  I've also chosen to use one of the fantastic Marauder Reiksguard figures as this units leader because he is outfitted with a Halberd and doesn't really fit with my other Reiksguard figures.

Here is the completed 20-man strong unit Photographed in front of the wonderful backdrop from Trish! 😍 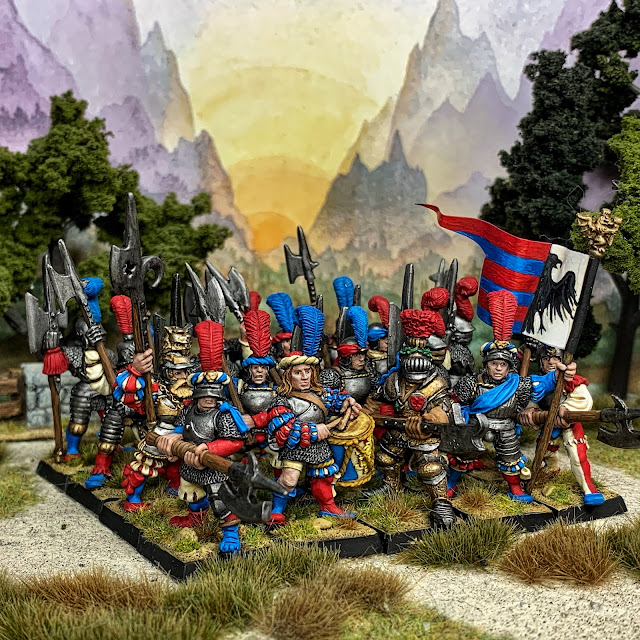 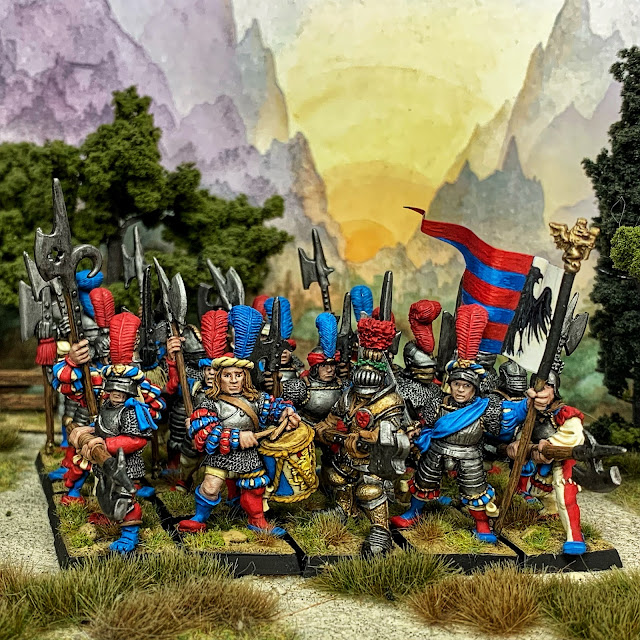 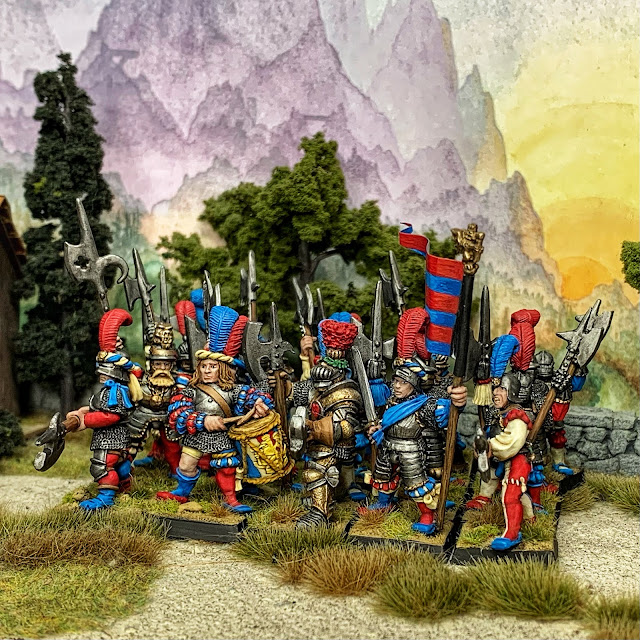 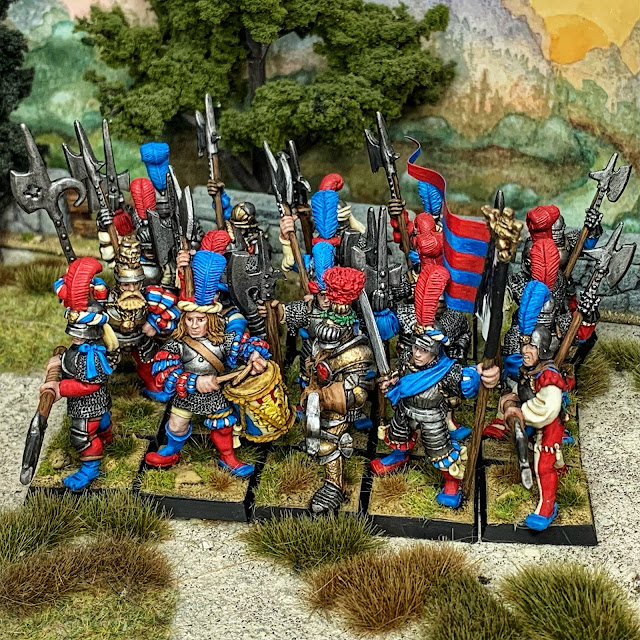 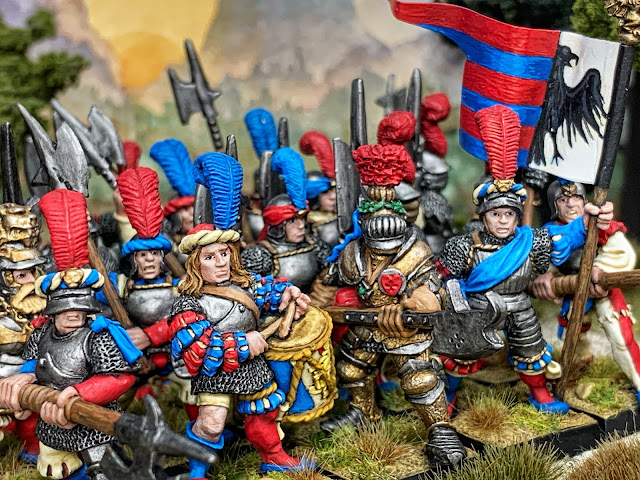 and here are some pics of the back ranks. 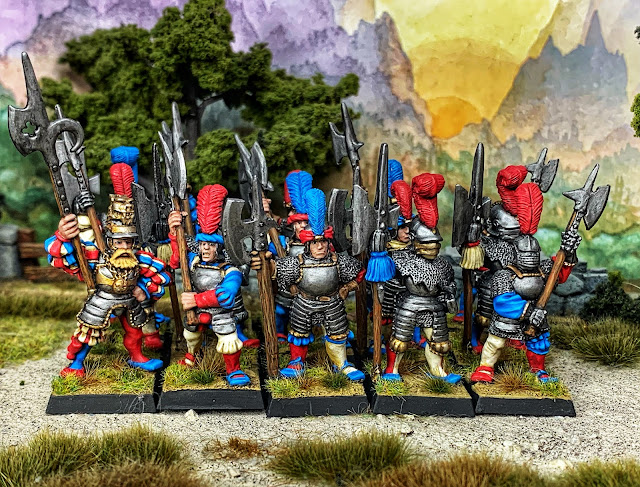 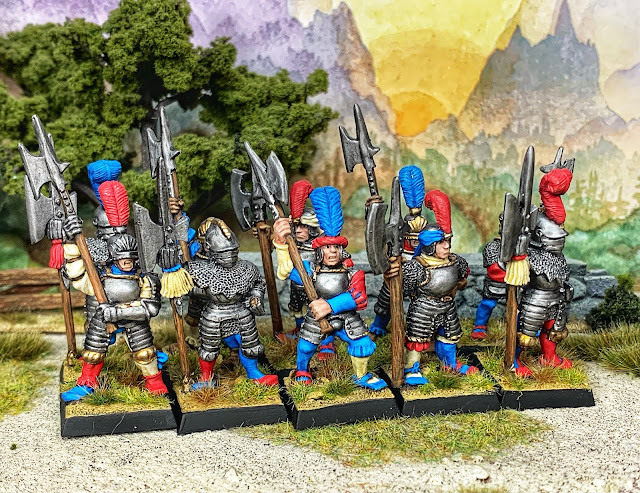 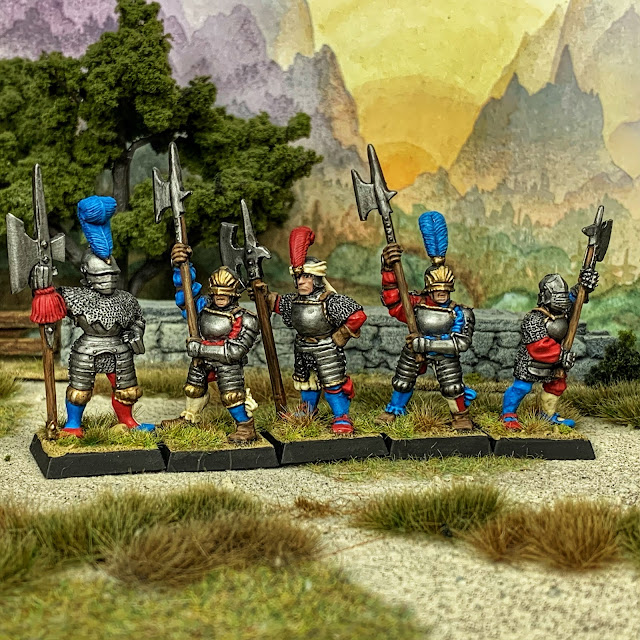 ...and here is a separate shot of the Command section and two troopers which constituted my December submission for the painting challenge. 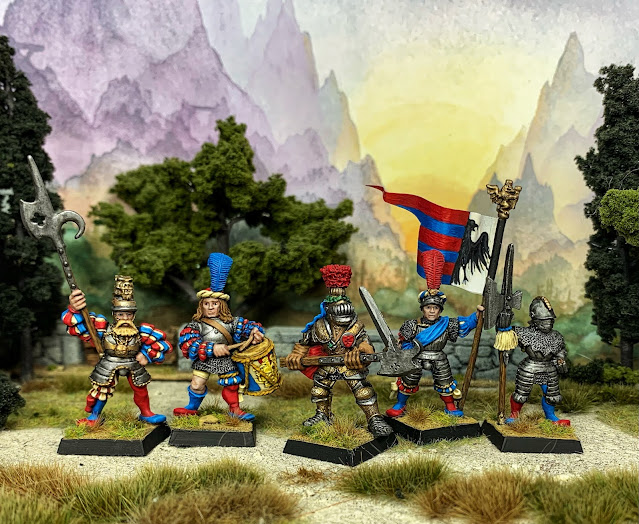 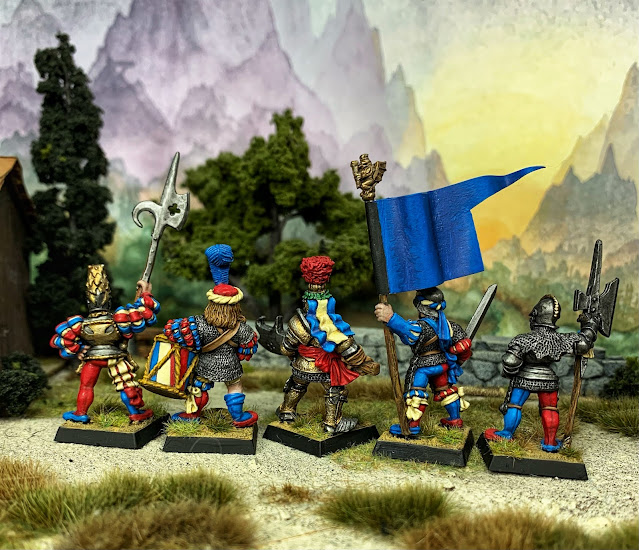 Lots of really amazing sculpts in this range and they were a lot of fun to paint.

Next up I'll be working on a Reiksguard infantry unit.