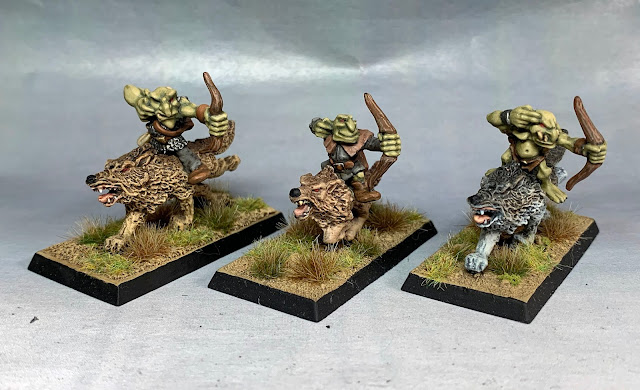 The two on the right were sold in the MM30 Goblin Infantry range and both were from the MM30/5 pack which was the only one with archers.  These were both simple conversions and they look great on wolves. 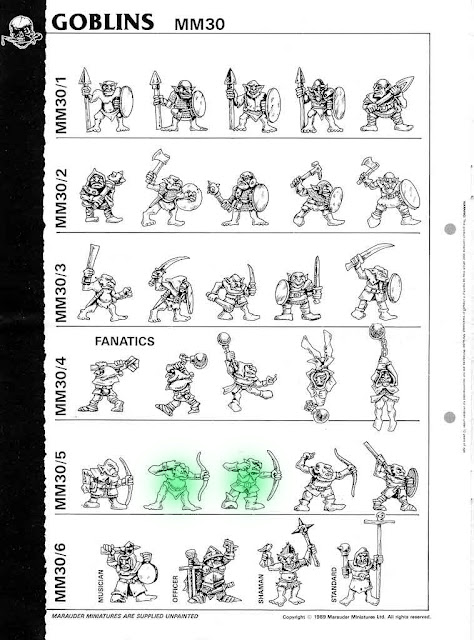 The third is the archer from the MM33 Goblin Chariot.  He is a beefy guy...a goblin body builder!!  ...but he looks good on that wolf! (the whip guy may appear in the future if another wolf appears)

The next two Odd Balls include one conversion of an infantry figure and one of a existing wolf boy into a standard bearer. 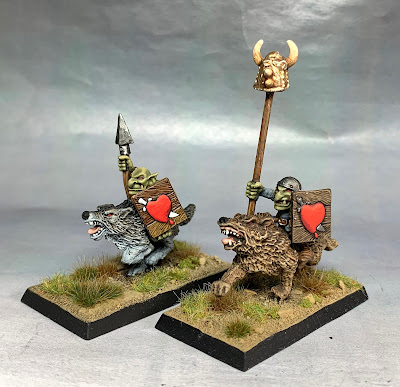 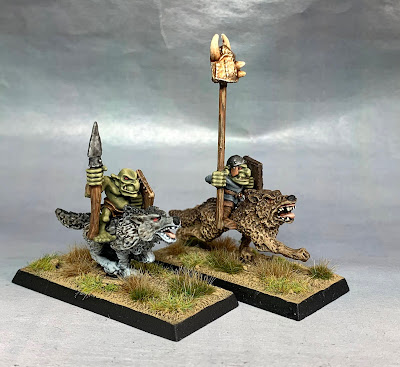 The barely clad spearman is another MM30 Goblin 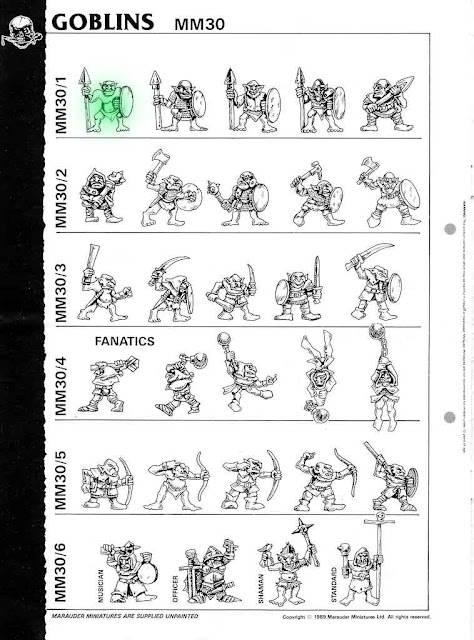 And the other is MM32/2 wolf boy that arrived with a broken spear...I have taken the opportunity to turn that into a standard bearer. below is an unaltered copy 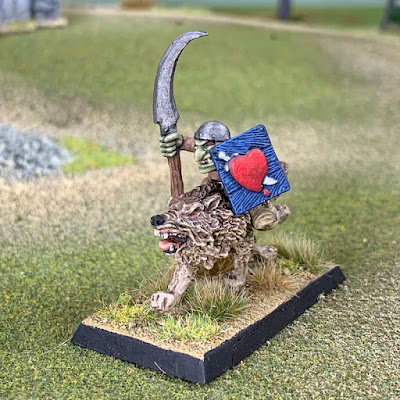 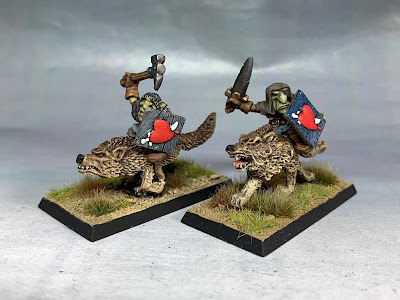 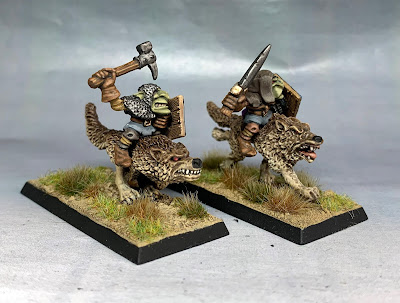 The chain mail Coif rider is from MM30/2, and the hooded rider is built on the same dolly and is uncatalogued. (though I found him on CCM) 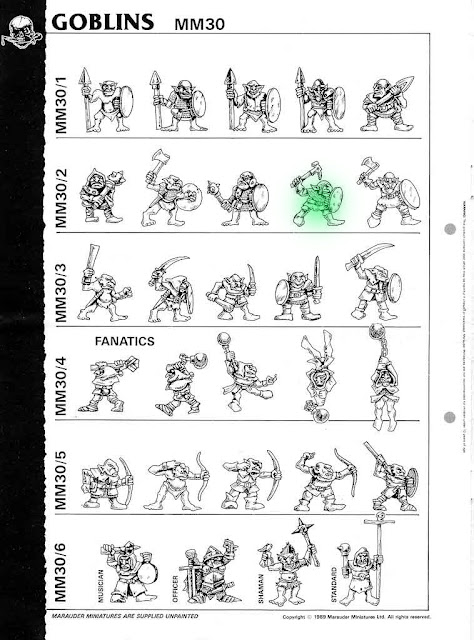 Here we have the mounted Mage.  This figure originally came with a giant spider to ride...but a little filing and carving and he fits on a Wolf fantastically! 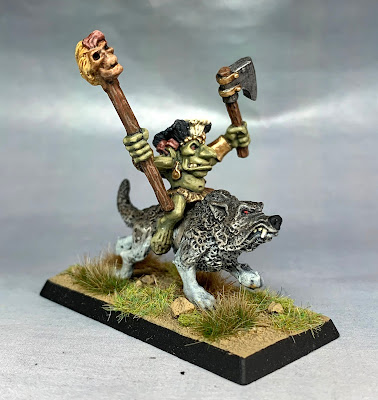 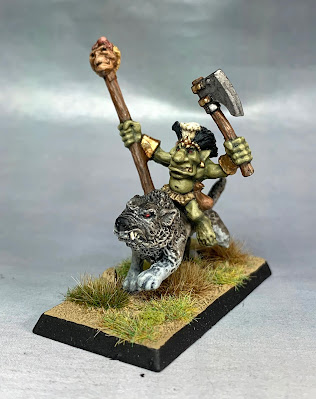 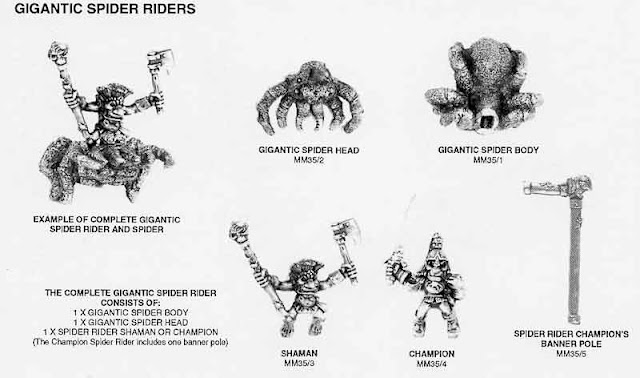 The next Wolf rider is actually a citadel Goblin infantry standard bearer that I have slapped on a wolf and put in with the marauder lads.  I think he fits in quite well. 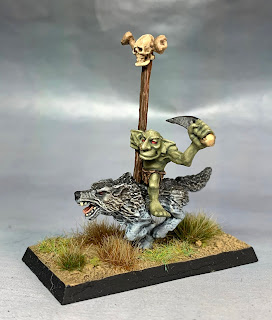 And finally...just because no project is ever completely finished...here is another standard conversion I've been working on.  this one is  conversion from a damaged copy of MM34/2 goblin wolf boy and the helmet of an old Citadel Chaos Dwarf.  He will be added to the mounted archer unit when painted. 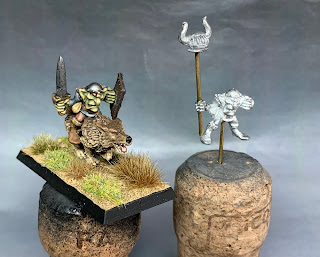 Ok...so that actually wraps up the Marauder Wolf Boys!!

and then...I can start posting about the citadel wolf boys which are coming along quite well!