I finished up a decent sized group of goblins to cover two different painting contests over at CDO.  5 of these were used as my Golden Hat entry and the other 3 were used for the first round of the 2nd year of the Brush Slave League.  The plan was for the GH entry to be displayed and voted on before the BSL team made an appearance but due to some delays the GH pictures were actually posted after those from the BSL...so much for being an anonymous event...haha.  Anyway...on to the figures.

These are all from the Marauder MB4 Goblin Raiders Unit...perhaps the best goblins from the Marauder range.  It is an interesting unit...originally sold in a blister box of 12 figures...4 command, 4 warriors, and 4 archers.  As we all know a unit of 12 goblins is just asking for disaster on the table top so I have expanded my unit to 22....and I equip them as archers and just move the warriors to the front rank if they engage in melee.

Here are some closeups of these guys 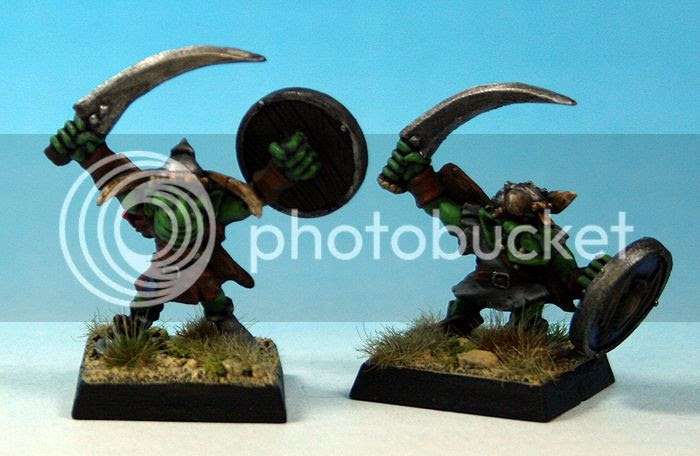 And here are the Brush Slave boys... 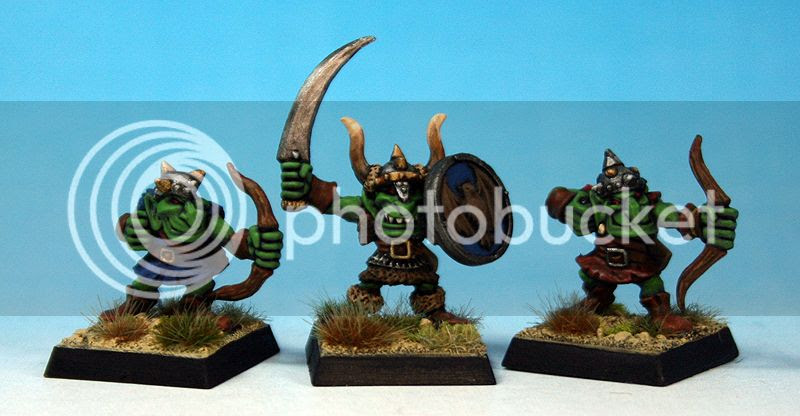