In my last post I alluded to another commission that I was finally able to finish up...lets take a look...

This one was a really joy to work on because it included so many really fantastic classic figures.  I am of course speaking of the group of Averlander's that I have been working on for thebinman for far too long.

I've discussed this group in some detail elsewhere so lets just get into the pictures.

First off is the group that has been completed the longest...a wonderful combination of races that makes for a very evocative little group. 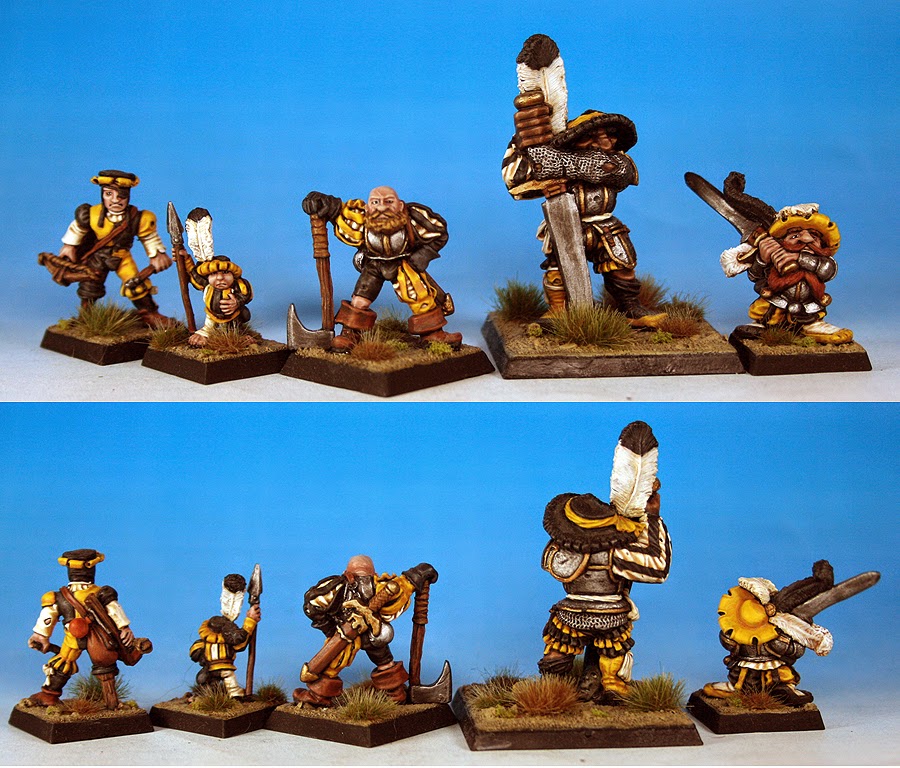 The rest of the force is all human figures but also includes some true classics....lets take a look. From this group I'm really fond of the Halberdman...just a classic sculpt.  I also really like the noble with the pistol...though his face was really roughly sculpted and challenging to paint. 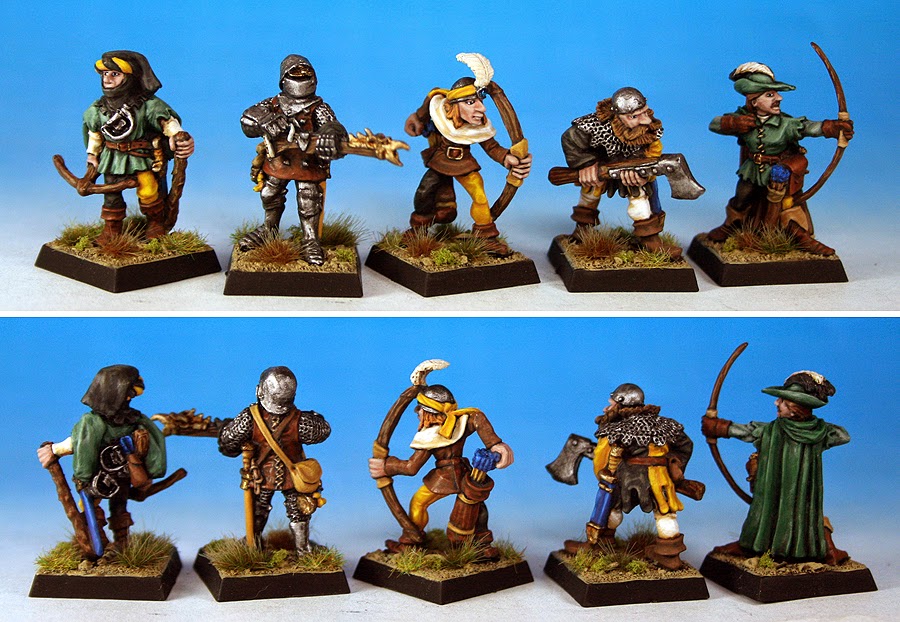 This group is most of the missile support for the warband.  On the left we have the Game Keeper...I love that he has traps hanging all over him.  On the Right we have the Targeteer who looks like a classic Robin Hood sculpt if I have ever seen one...another figure I was not that fond of until I painted him.  I also like the axemen from this group...one of two sculpts based on the same dollie...the other being in the group above. 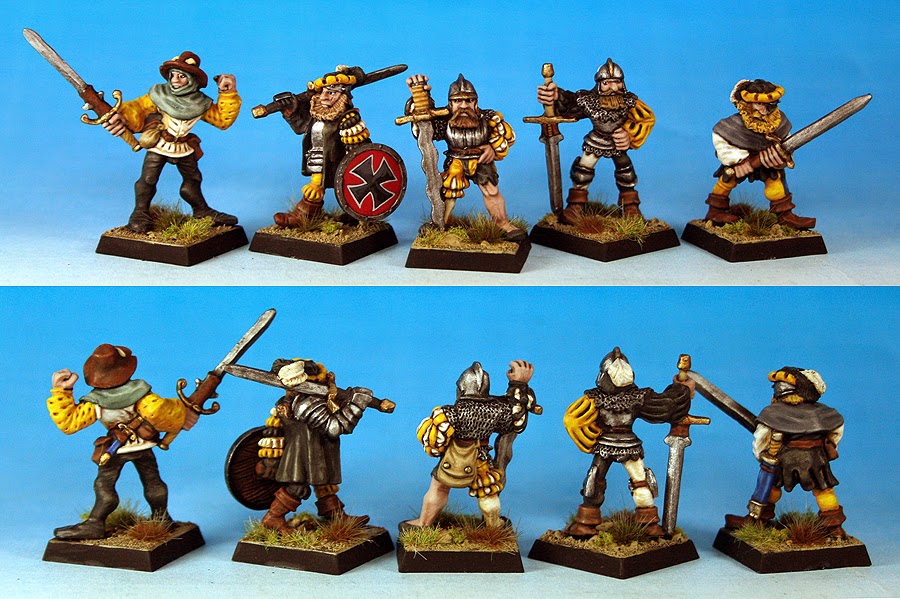 This group are the swordsmen...and classics all!  My favorites being the guy in the middle and the one with the red shield...he is just strolling along and ready to kill someone at the drop of a hat! (also has a great scar!) The guy second from the right is a really odd sculpt...strange proportions in both body and face are somewhat mitigated with paint...but still looks a bit odd IMO.

So...lastly that brings us to the obligatory group shot.  I had attempted this for the LPL on a terrain board with less than stellar results...but I thought I would try again my normal lighting set up...I found it impossible to get everyone in focus...but this picture gives a great feel for the size of this warband.


So all that's left for this group is to figure out how to package this guys so that the tufts on bases don't get completely crushed...

Thanks to thebinman for his patronage and extraordinary patience in the completion of this commission.