Wow...I'm humbled and excited to announce that I have crossed over the 100,000 page views mark for Blue's Marauding Miniatures!  I would never have guessed that this little blog of mine would reach 10,000 views when I started it let alone 100,000.  It has been great to be a part of the still growing Oldhammer community and I thank you all for allowing me to come along on this ride with you.  A few of you I have now met in person...and I hope to meet more of you in the future...but until that time I'll see you here, on the forum, or on FaceBook.

Email ThisBlogThis!Share to TwitterShare to FacebookShare to Pinterest
Labels: Milestone

Experimenting with new Strippers...uummm...Paint strippers that is!

As I have mentioned in the past I have been using Simple Green HD for the past couple of years to strip paint from minis that I buy on line for my collection or for resale.  This product does an adequate job though I found that I needed to soak figures for up to a week before I was able to easily remove most of the paint...and even then I often followed the Simple Green soak with a quick dip in Acetone to remove paint from the hard to clean areas.

So when I started to hear about a product called Dawn Power Dissolver, and how great it was for stripping old paint, I decided to hunt some down and give it a try.  Sadly it is apparently already OOP...sigh.  Luckily I was able to find a few bottles from an online seller who still had stock...so I ordered 4 bottles and decided to run some tests.  Below are the results.

For this test I decided to use a group of 10 Marauder and Citadel dwarfs that I won from an ebay auction as my test subjects.  Now... I was out of Simple Green HD so decided to compare the Power Dissolver against the much more prevalent "regular" Simple Green. 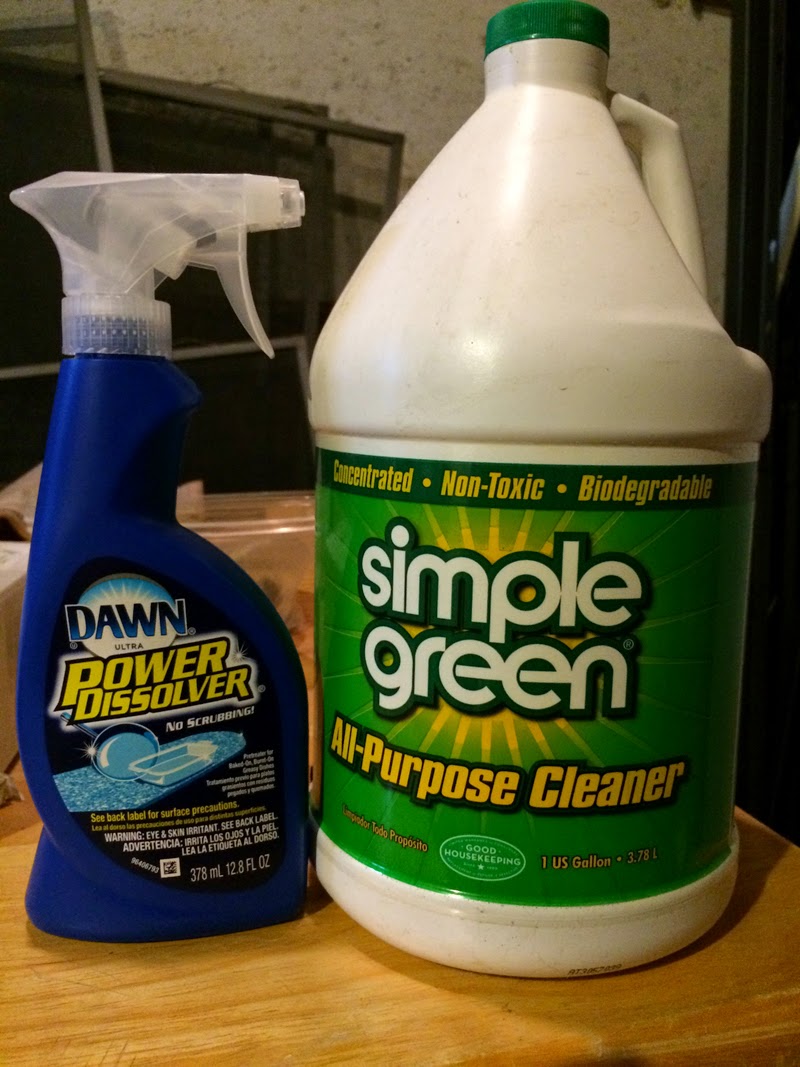 Here are our test subjects...5 dwarfs for each stripper....

Sometimes it the little things in life...

As I progress through my "career" of figure collecting I've noticed that some times the finds that make me the happiest are the little ones. This has certainly been the case with the recent acquisition from the old Bretonian range. As you know, starting with my painting of fifth edition models I have really fallen in love with the old Bretonian range. Lately the third edition figures have been one of my collecting goals.  Thanks to a couple of large overseas purchases I have been able to knock out most of this range fairly quickly. However there are some portions of this range that are extremely hard to find and if you do see them they sell for crazy money.  This is particularly true of some of the more rare war machines that Citadel made for the third edition Bretonian's. 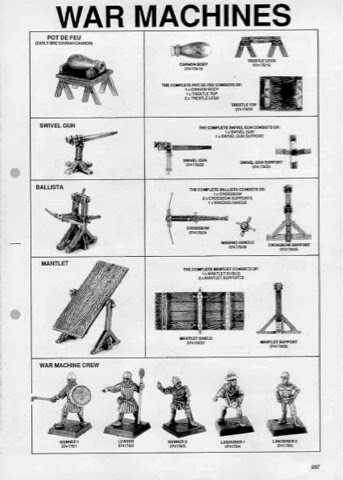 This Saturday though I received a little package from a fellow Bretonian collector here in the states that really made my day.  Amongst some other gems it contained a Bretonian swivel gun!  Based on its size this is not an impressive figure but it's rarity has made its acquisition a special moment in my collecting.  I've never even seen one of these on eBay...so being able to trade for it and not even having to pay for international shipping is just fantastic.  Anyway here it is in all it "glory!" 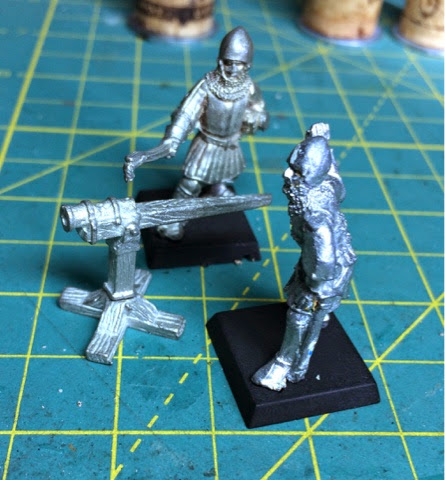 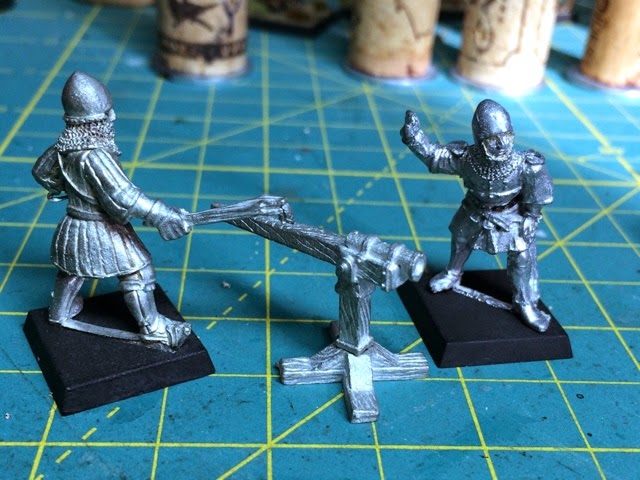 Massive thanks to Warhammster for making this possible!
Cheers,
Blue
Posted by Blue in VT at 4:19 PM 8 comments

In the run up to OHNW one of the units I really worked to get complete were my squad of Retained Knights from Alternative Armies.  I finished the first half of this squad as an entry for the Lead Painters League earlier this spring...but I had hoped to get a game of RT in Baltimore this October so I pushed the rest of the squad through the painting queue.

....sadly the game failed to happen this time (Next time Bulldog!) but I'm still glad to have a finished squad to deploy on my sci-fi terrain...assuming I ever get it put together.

Anyway...here is the squad as a whole...below are individual shots of the new ones. 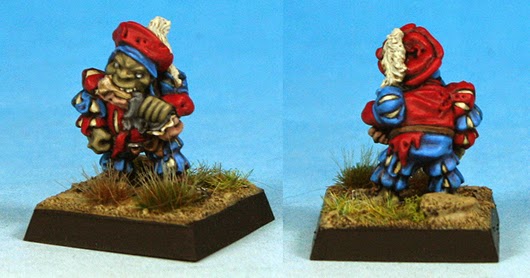 The Slaughter at the Salient!

I'm encouraging everyone who will listen to head over to Airborngrove's Blog to read the battle report he has put together covering our battle (chaos v dwarfs) that we fought on day 2 of OHNW.
Link: http://givemlead.blogspot.com/2014/11/another-exciting-issue-of-oldhammer.html?m=1
Teaser pic: 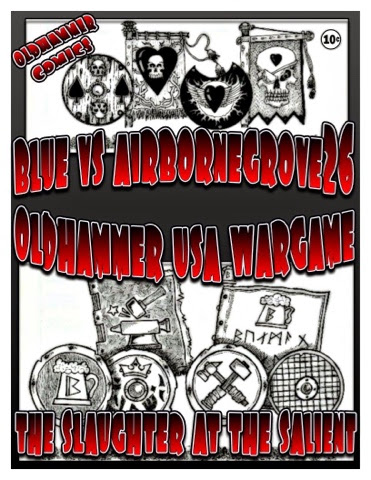 I think you'll agree the comic book style is pure genius!
Cheers,
Blue
Posted by Blue in VT at 7:46 AM 0 comments