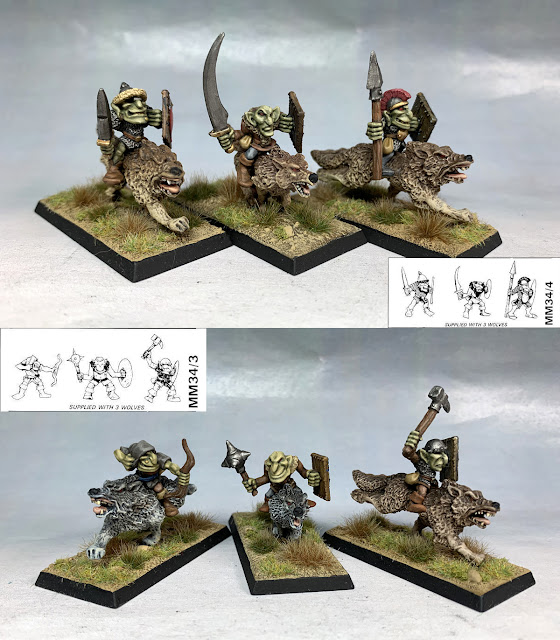 Both of these packs are pretty strong.  I like five of the six figures quite a bit....

MM34/4 is solid throughout.  From left to right, the square jawed gob with the spiked helm is fantastic....the runty scrunt in the middle with the curved blade is hideous, in a good way, and the spearman with the Roman crest on his helm is the best of the three.  I wasn't so sure about the runt at first, and his blade is crazy out of proportion, but painted and mounted I really like him. 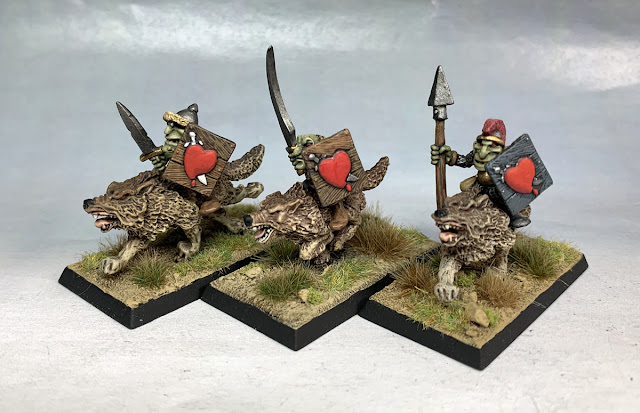 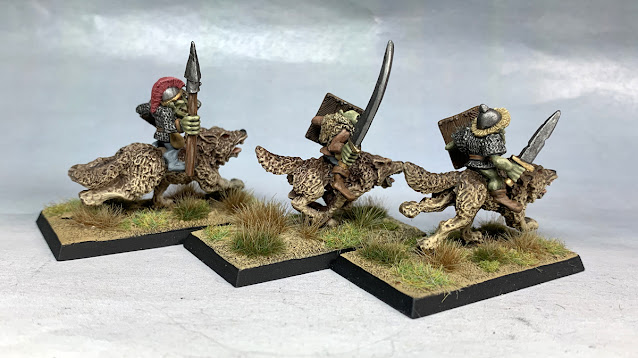 MM34/3 is THE blister...the one with the White Whale!  For some reason this blister pack of this range is quite rare, and the guy on the right with the hammer is rarest of all.  But Why?!?! When Trish Carden started posting the greens of these figures on FaceBook I asked her if she had any explanation for the scarcity of this blister pack ...and she was not even aware that it was rare!  Dang! I thought I would finally know the reason! (...oh well.  It is wonderful to have Trish posting all her wonderful sculpts. It makes me happy to know that the greens for these beauties still exist and that they live with the sculptor)  anyway...I assume that it was a molding issue of some sort...perhaps the GIANT head of the guy in the middle tore up the molds or something... 😂😂

As you have probably guessed...the one of these six figures that I am not fond of is the dude with a melon for head.  The other two are great though...on the left is the second version of the archer figure.  We saw the other in pack MM34/1 except he had a helmet instead of a hood.  They are both great but I like this hooded one a bit more.

And finally...the White Whale figure.  I was very happy to find that, not only is it a rare mini, but it also a great goblin sculpt!  I love how this guy looks painted up and that brings another level of satisfaction to having  him complete and painted. 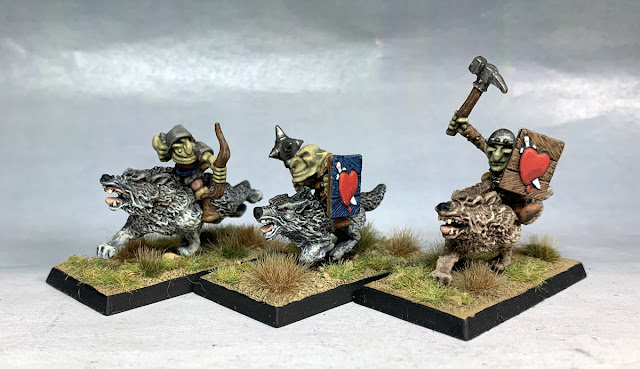 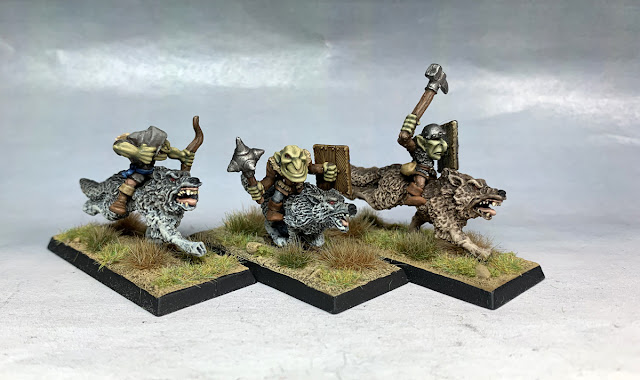 Here are a few shots of some of these guys on the table. 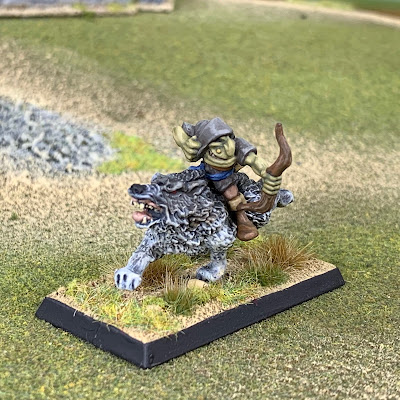 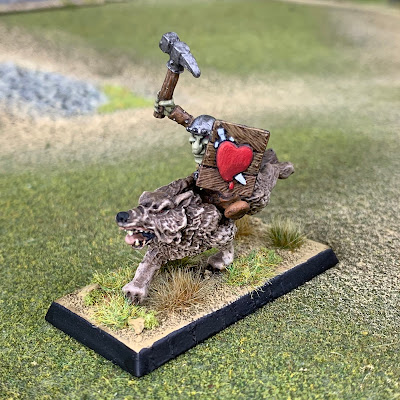 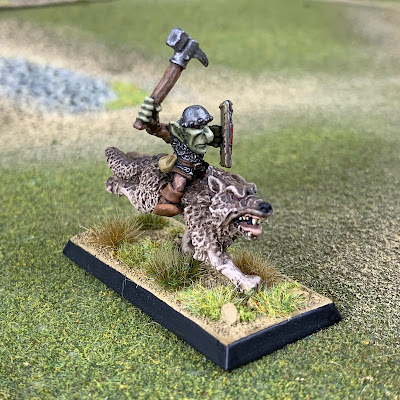 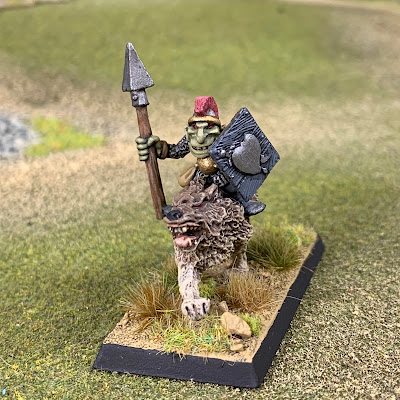 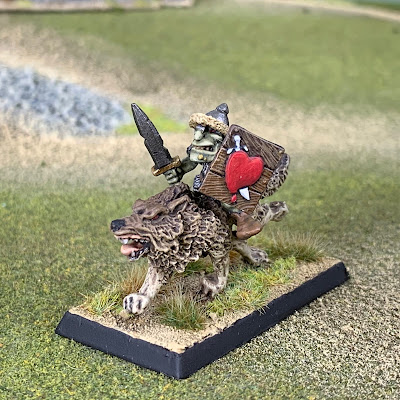 And that leave just one pack left for this series. MM32/1, is the only two-figure pack in the range.  But that is because it contains two fantastic hero miniatures.  I'm lookinf ofrward to showing those off and closing out this series.

The citadel Wolf boys are yelping at the door!