After the epically long gaming session on Friday night I woke on Saturday and shuffled off to breakfast in a daze.  The water eggs and weak coffee did little to improve my mood...but by sheer force of will I was back down in the event venue by 9:30am...

...and the sight that great me gave me enough energy to carry on through the rest of the day!

After we had all stumbled off too bed, the intrepid Brian K. had stayed up to set up the enormous New Alamo Table that he had built over the previous couple of months.  This amazing set up was front and center in the room and was bound to be the center of attention for the entire day....at least for me.

In the morning and early afternoon....which I only vague recall due to lack of sleep and coffee, there were a number of other games that took place as well.  For one the Green skin horde of Sean S. took on a combined force of Chaos (provided by ABG) and Dark Elves (provided by Adyer).  This game took place on the excellent table provided by Rusty and proved a fun and lively game...unless you were the orcs...in which case there was also a lot of dieing and Running away...

Sadly I failed to capture even a single picture of this game...so I will have to refer you to the excellent report posted by Sean that covers the action in some detail.  It can be found HERE.

I believe there were also some other gaming going on...maybe Heroquest...?  Maybe BattleMasters...? Like I said its all kind of a blur at this point.

What I do recall clearly is the siege of the New Alamo!  Brian K. really pulled something special together with this game.  Its sheer size was impressive and the fact that it ran so smoothly for such a long time is testament to the amount of work and forethought that he put into it.  The action was fast and furious with the momentum of battle swinging from one force to the other with shocking regularity...Lets look at some pics! 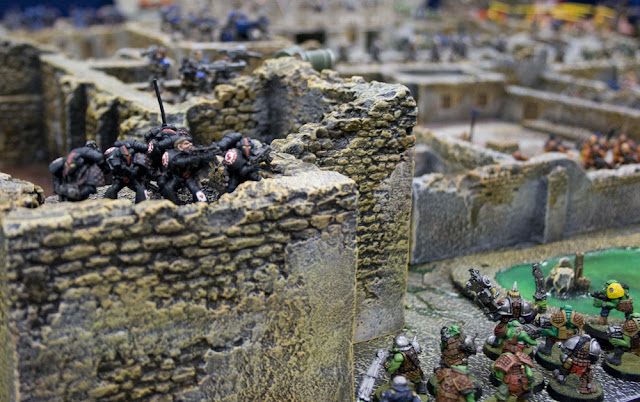 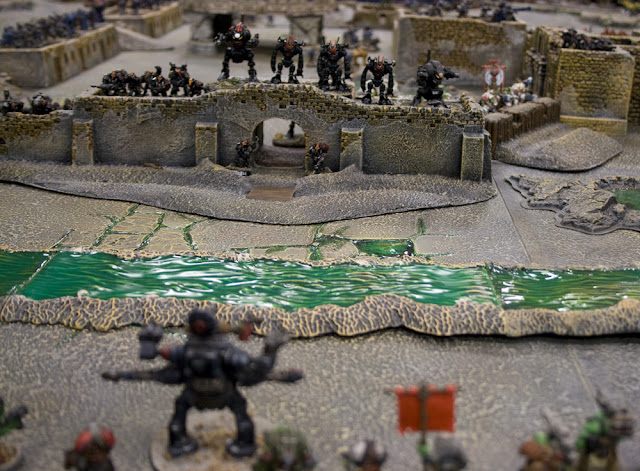 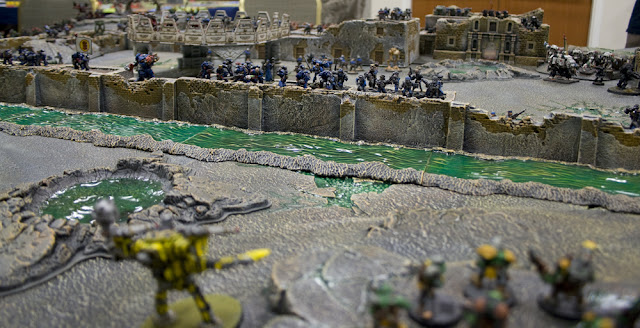 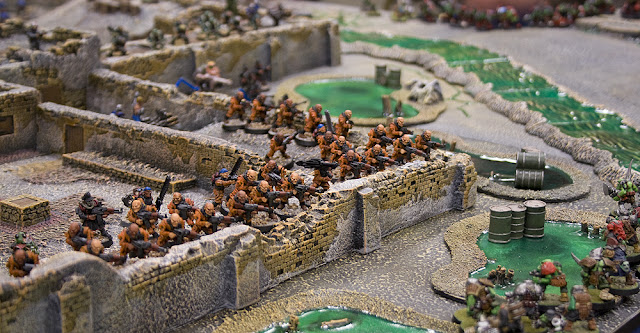 For Awhile it seemed as though the Orks would obviously prevail...but with stubborn resistance by forces like the Penal Legion seen above and the pesky Space Marines that wouldn't die the battle seesawed back and forth.  At one point Santa Orka Himself mounted the walls and entered the enclosure...only to be jumped by an Imperial Assassin and a Murder bot. 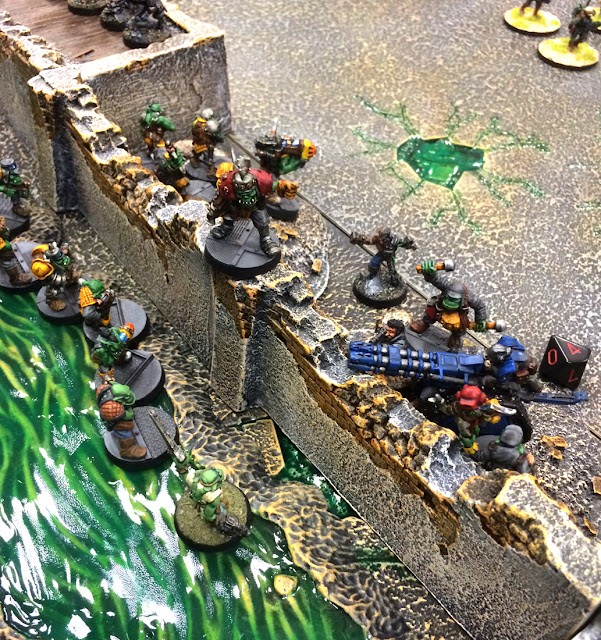 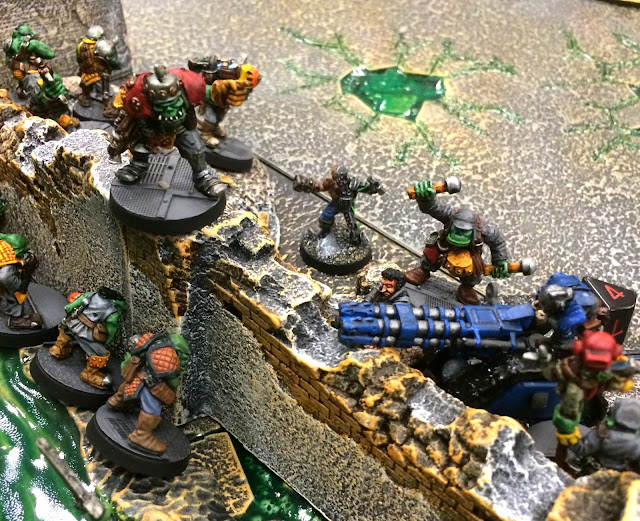 But in the end the Imperial forces were able to maintain control of the central landing platform that was the goal of the attacking forces.

Suffice to say that great fun was had by all and this will go down in my gaming history as one of the best games that I have had the privilege to participate in.

In addition to the Big Alamo game, Saturday also saw the Event painting contest.  There were many fun entries for all the categories and a great number of very well painted figures involved.  Again I apparently forgot to take any pictures of these goings-on and so will have to refer you to ABGs excellent Blog post about the contest.  You can find that HERE.

The overall winner of the painting contest was Mike C.  Who entered an amazing RT halfling cook model that was head and shoulders above the rest despite it diminutive size.  As a prize Mike received a large Warhammer as a Trophy.  Being the gracious guy that he is, Mike decided to leave the hammer with us to pass along as the award for the next contest as well...but not before leaving his mark on it for posterity.

The fun didn't wrap up until well after Midnight...and driven out of the room by the thumping bass of the Nigerian Baby Shower that was (inexplicably) still going on next door I scooted up to my room and quickly passed out with visions of burning Drew-bots and imperial murder-bots filling my dreams.