I decided to start with my dwarf forces...they are my original army and I have the most painted figures for that army. I started pulling out my old figures and setting them up into units and determining what will need to be done with each unit to bring them all together.  Lets take a look at what we have to work with. 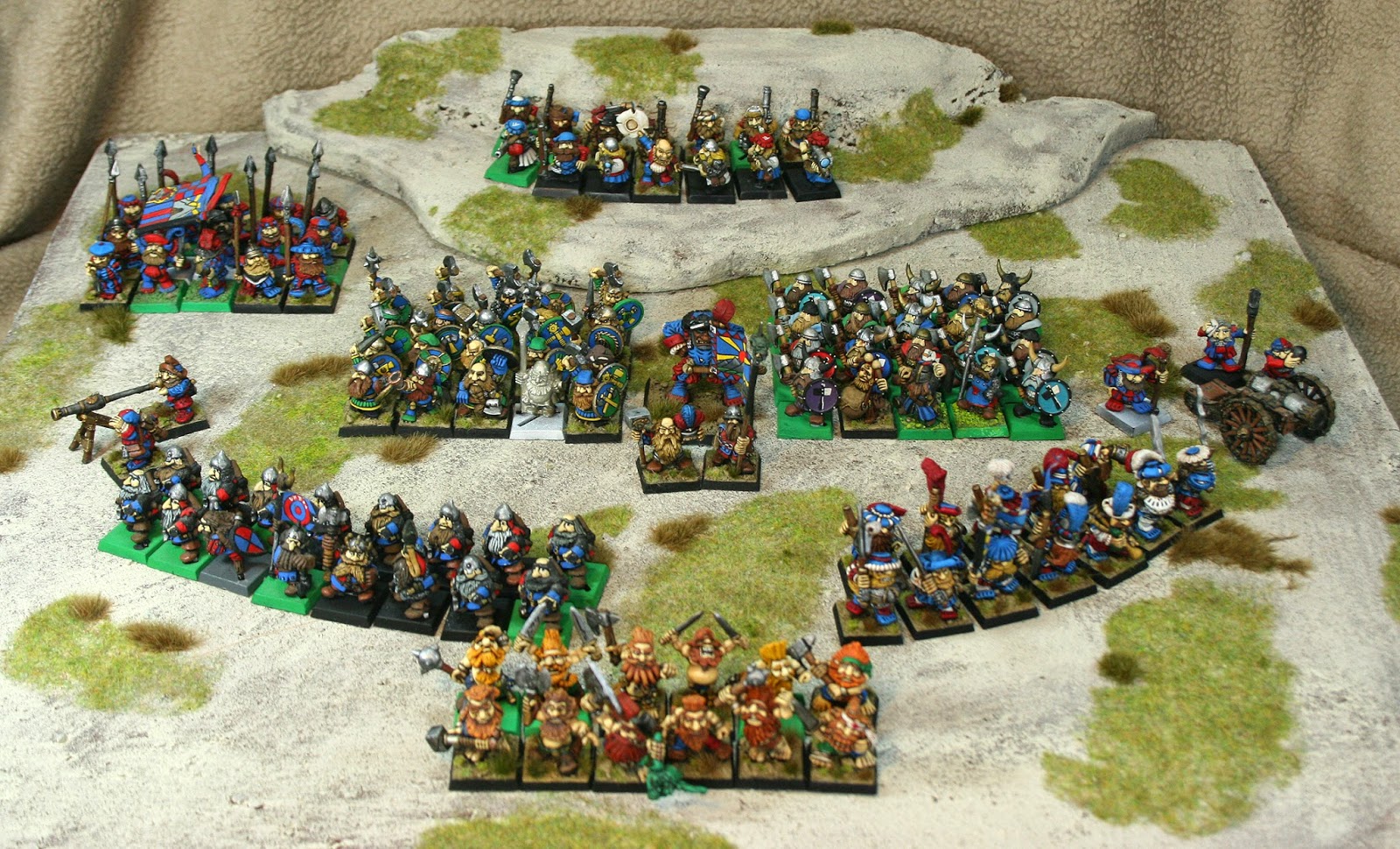 hhmmm...not a bad looking force and I think I can really make it feel more coherent and complete with a minimum of work. Lets look at each unit in turn and assess the work that lies ahead.

First we have the Army General, Army Standard Bearer and the General's Ogre Bodyguard 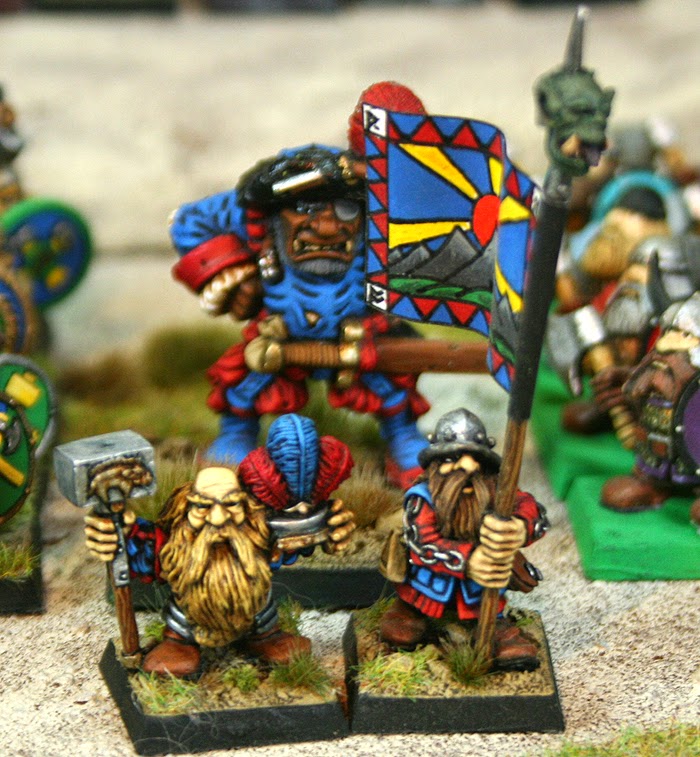 While I'm not hugely fond of the Harliquin Standard Bearer...he's done...and thats good enough for me.  The General and his Ogre Bodyguard on the other hand are two of my favorite Marauder figures.
Assessment:  these guys are good to go!

On either flank of the General we have the two principal blocks of infantry.  To one side we have a unit of Clansmen... 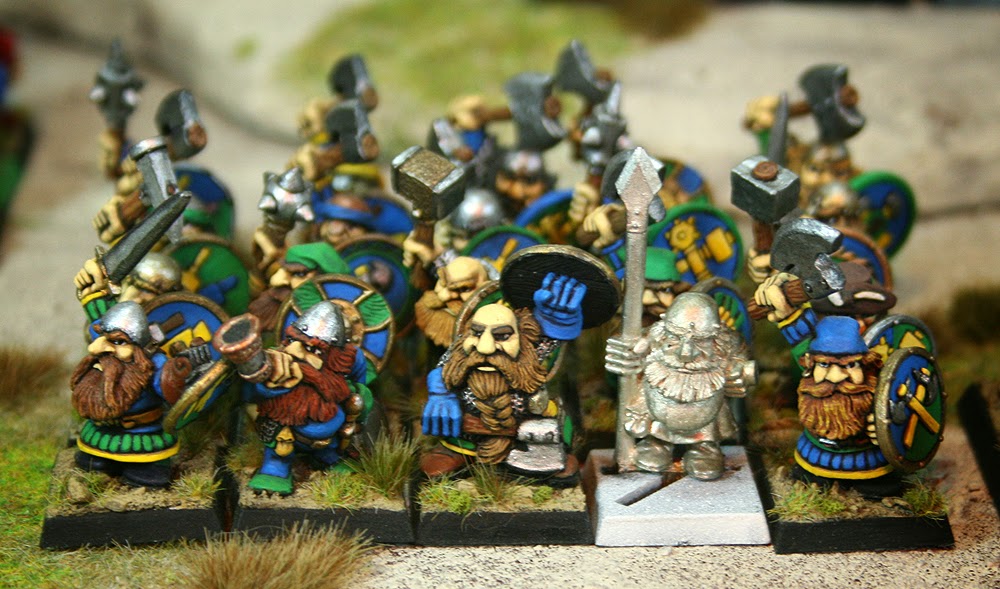 This is a unit is composed of Marauder MM15 and MM10 Clansmen.  These are not the most recent paintjobs...but newer than some others you will see today...and with a little touch up and a few washes I think they will look great.  But for now what we need to do is...
Assessment: Paint Standard Bearer and Standard.

On the General's other flank is one of my oldest units... 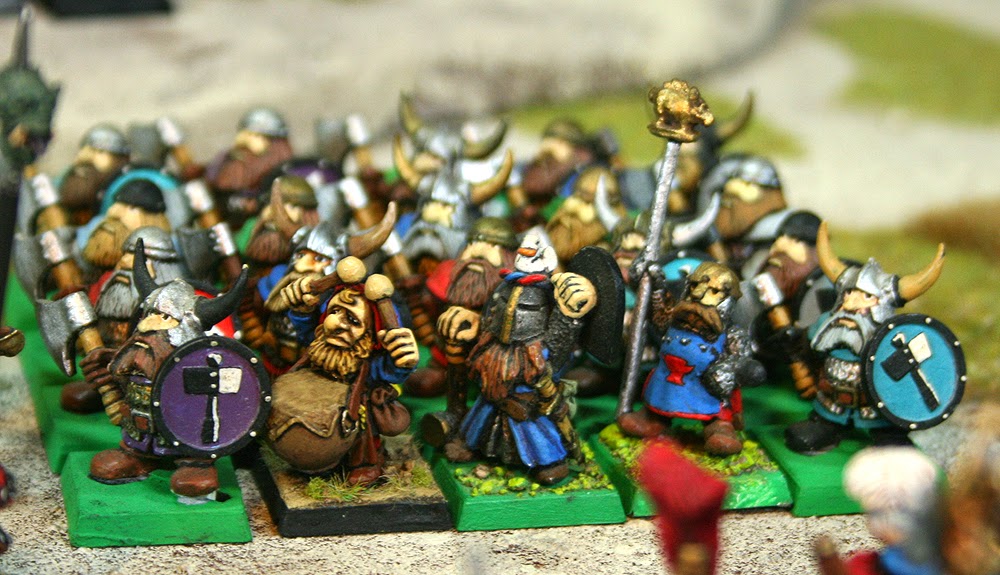 A Unit of 20 Dwarf Warriors composed of plastic dwarfs from the Warhammer Regiments Box of Joy with Imperial Dwarf command section.  This was the first unit of dwarfs I ever had completely painted and based...as you can tell by these amazing GREEN bases!  The drummer is a more recent paint job...but the others are pretty rough...lets hope that some new bases will help a little.
Assessment: Rebase the whole unit and paint Standard.

Overlooking from the hill to the rear is a stalwart unit of Handgunners...

This unit is composed of Marauder handgunners with the MM15 "hat waver" for a leader.  This unit contains a mix of older paint jobs and some modern efforts.  Even with updated bases the difference will be apparent if you look closely...but...remember the GOAL!
Assessment: Replace Un-finished bases.

On the Far right flank we have another of my venerable units...and the one that has led me down the road of Marauder addiction...the pike dwarfs. 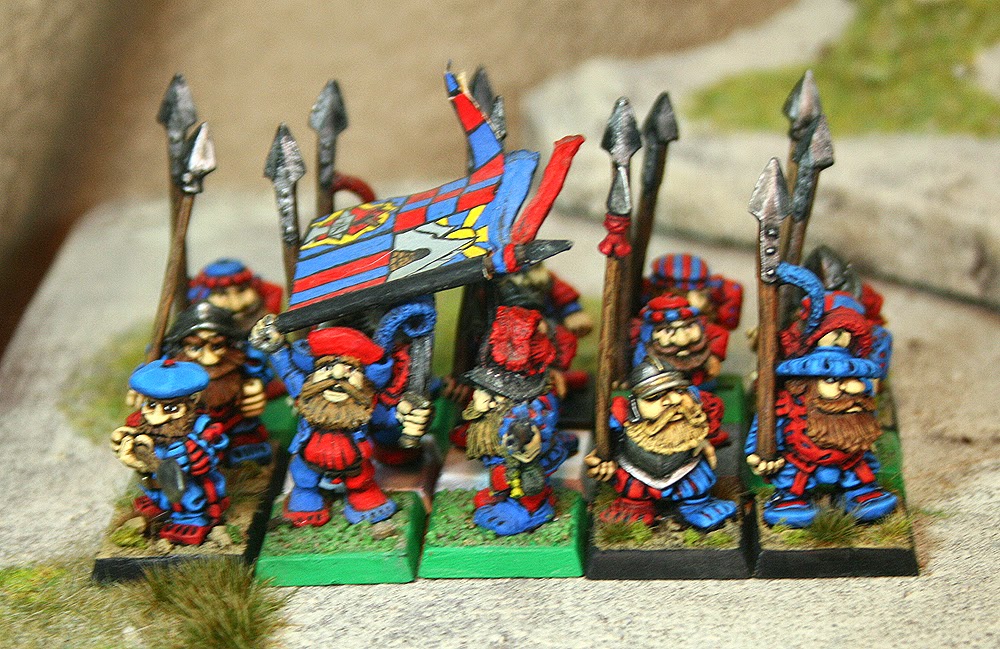 This is a unit of 15 pike dwarfs from the MB1 Dwarf Regiment with a few of White Knight's pike dwarfs mixed in.  More classic PJs here and a beat up banner...but I'm happy that I can field my all time favorite unit...even if it is only half the size that I hope it will be some day.
Assessment: Rebase most of unit...touch up banner.

Forward of the General's position we have some additional missile support for the army in the form of Bugman's Rangers.

To their left we have my one completed modern unit...some Zweihanders!

These are some of the White Knight's Finest...lovely figures.  I will be running these guys as my Hammerer unit.
Assessment: Good to Go!

...And of course...charging up to the front of the army we have a unit of Slayers.

Once again this unit is composed entirely of classic Marauder and Citadel sculpts (other than Gotrek who is there as the leader)...and it too contains a mix of old and new PJ's...luckily in this case mostly modern ones.
Assessment: Rebase 4 figures

For Artillery Support we have a Marauder Swivel gun... 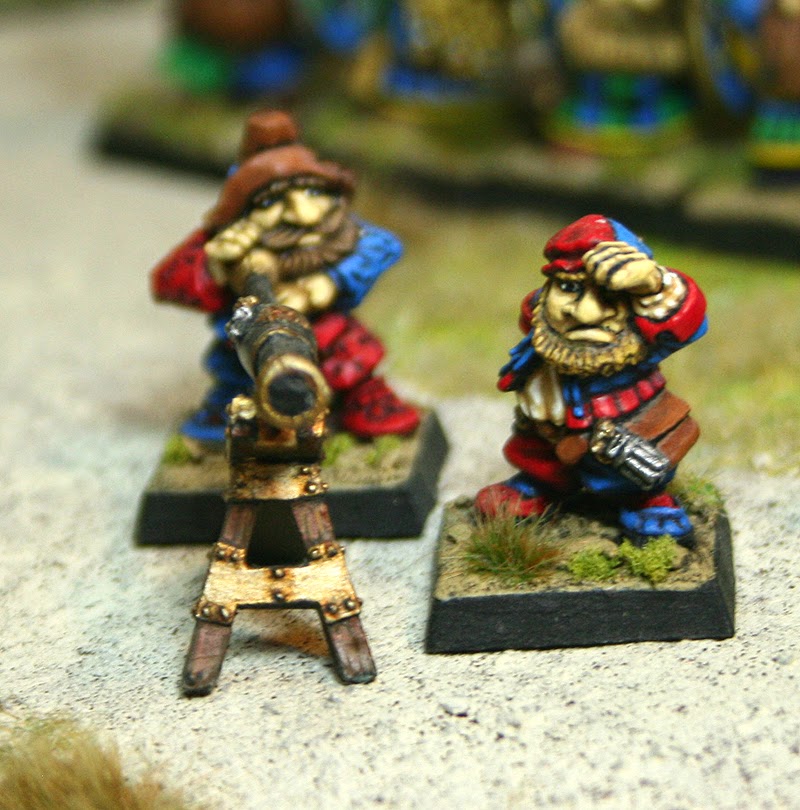 ...and a Maruader Siege Gun 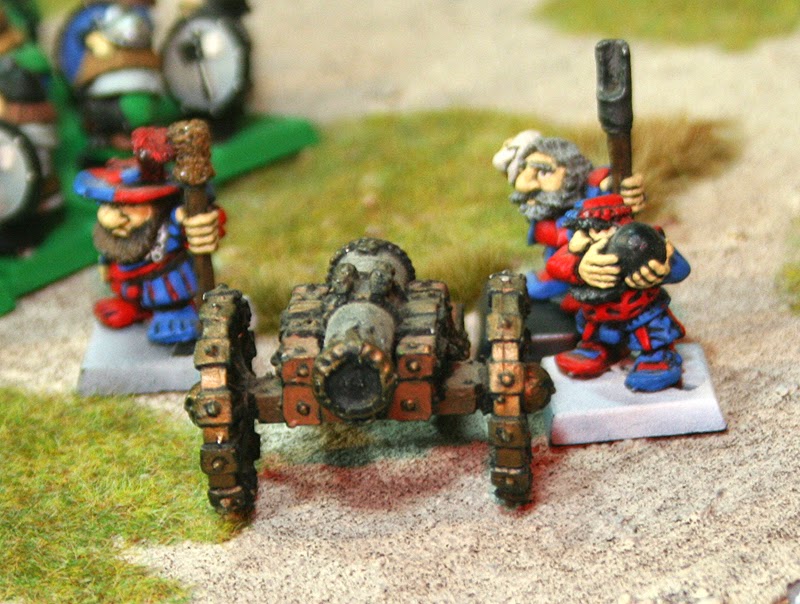 So there it is...I have anther unit of warriors I can add (Ulther's) but they will also need shields and bases so I will only tackle them if I manage to get these all done. I have yet to point out this force...but I thinks its going to be a reasonable size for a pick up game at the event.

So I have my work cut out with me for this force but I think it can be done.  I'm also working to finish a half squad of Orks for possible RT play....but I'll save the 40k stuff for another post. :)

Off to replace some bases!