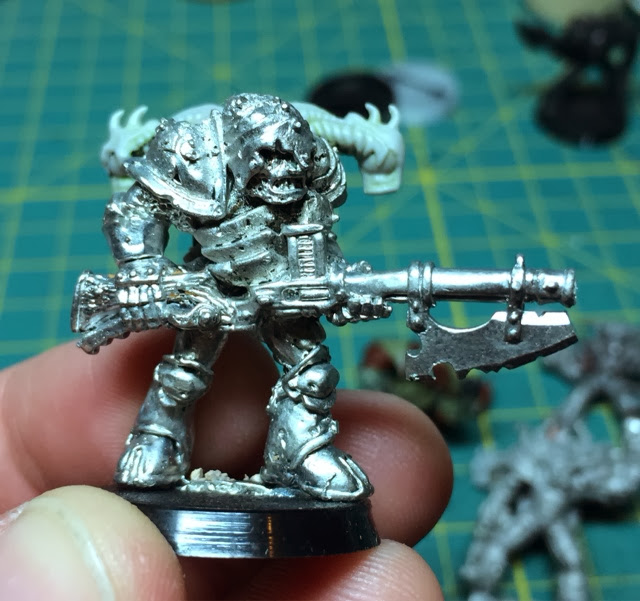 The previous owner had attached the "proper" 3rd ed Renegade backpack to the champion with a fairly sloppy blob or green stuff. 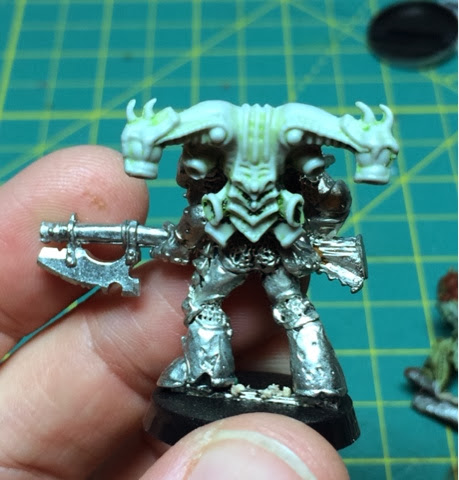 Now my initial thought had been to remove his backpack and use it for one of my Renegades that is missing one, clean up the green stuff, and put the champion in my WFB Chaos army....

....but after setting him up with a couple of my other Nurgle Chaos Renegades...

...I think I like him as a Renegade!  I'll clean up the green stuff a bit and use him as a support weapon Marine wielding a heavy bolter.

What do you think?  Does this "conversion" work?