John really let his imagination run wild with this figure...The way I see it...it is a crazy blend of at least four "Chaos Dwarf Style" elements of (this is totally my opinion of course...I have no actual insight into the workings of John's brain...and as you will see below it could be a dangerous place!):

When you add all of that stuff together ....and John does his thing ...you end up with something like this... 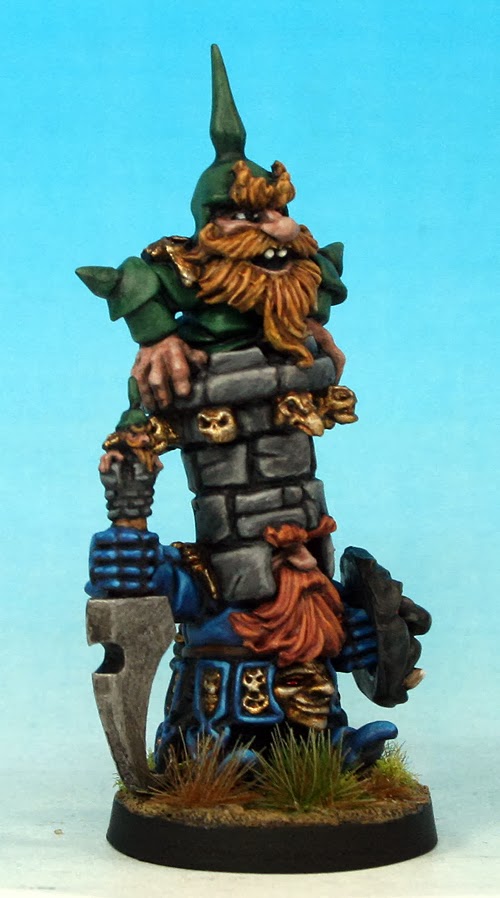 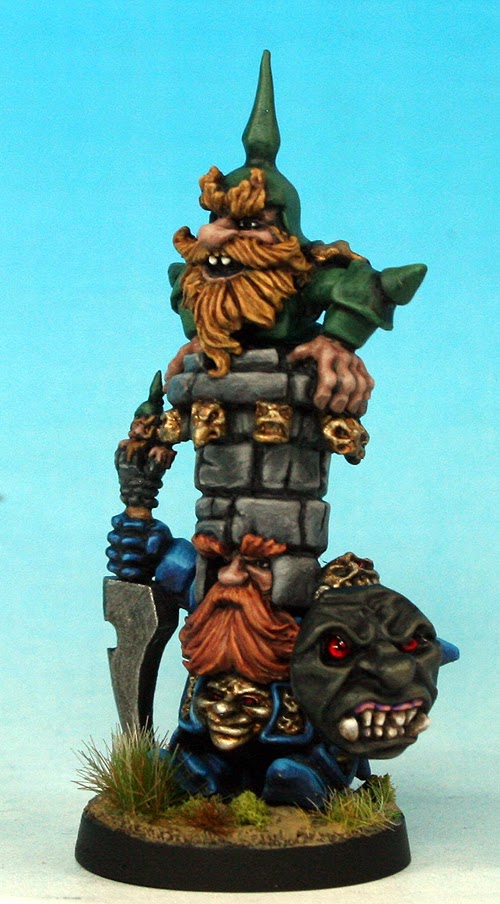 This was a really spectacular model to paint.  I was a bit intimidated by the sculpt at first but once I settled on armor colors that I was comfortable with and set to work it all went rather smoothly....

...I had totally neglected to think about how I would paint the shield when I was deciding on colors for the model.  Now the Figure was painted and I had to figure out a color for the Shield that would work with everything I had already done.

So I chickened out and went with black.  Black goes with Everything....or so my Wife tells me.

...And in this case I think it worked very well! I got to use the system for painting black that I have been refining and take it to the next level in highlighting the tremendous detail that John worked into the Face. For the eyes I used Tamiya Clear Red over a gray-white highlighted eyeball...Quick and effective.

Now it might be my favorite pat of the figure!

I'm not sure what the release schedule is for this figure so keep an eye out for an announcement from Four A Miniatures on your local forum.