From the looks of my Blog feed it appears that a year end summary is required...so here it is....but I'm not real happy with where my gaming headed this past year...so all I will say about my 2013 Oldhammer accomplishments is...I had a couple of good games, I broke my ankle, and I painted a shitload of Brettonians ....that's about it.

...So I would rather spend my time looking forward and thinking about what I hope to accomplish in 2014.  So lets look at the four major food groups of my obsession:
Lets take them in order!

Things have been going very well on the collecting front.  I'm close to accomplishing my primary collecting goals and am down to just trying to fill in some minor gaps (damn you MM32-34 Goblin Wolf Riders!).  So my real goal this year is to try to fill those gaps and not to add now "must haves" to the list...at least not major ones...;)  Toward this end I need to clean up my "wants" lists and verify exactly what I still need to acquire.  Part of this process will include looking at each unit individually as I transition them into a new storage situation and focusing and what is still needed...be it a few more models...shields...bases...movement trays etc. (you will notice that much of what I discuss today will involve the new storage situation...more on that soon)

2. Painting
That brings us to painting...Here the goal is...in general...to just keep moving forward.  2013, and the aforementioned "shitload" of pseudo-frenchies, demonstrated that bulking painting of units was a very viable way to get a lot of figures painted to a reasonable standard in a fairly efficient manner.  The first thing I have to do though is finish up a couple of commission pieces... (no...the Averlanders aren't done yet...sigh....stopping looking at me like that!...)

...if there is one thing that 2013 has taught me its that I shouldn't even dabble in Commission painting...I'm just too slow.  So after I finish what is currently on my plate I will no longer be accepting any large scale commissions for the foreseeable future...I will still attempt to "help" out friends when asked but I'm going to focus on my own collection from here forward...I just don't have enough time to do both and would prefer to move toward my own painting goals.

The new Storage system I will be working with my figures is really best suited to storing figures that are based...so that will be another goal....to "build" all my units...and hopefully get them cleaned and primed.  That way everything will be game-able, even if not painted, and ready for the painting table whenever the urge strikes.  Of course this process will also feed into the collecting goals outlined above.

On a more specific note one particular painting goal is to get a couple of squads ready and painted for playing Rogue Trader games.  As I mentioned elsewhere I took part in the Battle Systems Kickstarter for some Sci-Fi card terrain...I need some troops to use with it.  For this project I will be using Alternative armies Retained Knights and Muster Troops as proxy Space Marines and Imperial Guard as well as my slowly growing collection of classic Citadel Chaos Renegades and Squats.

My choice of the Alternative Armies figures has been strongly inspired by the work of Pil on some of these excellent figures....


3. Gaming
The main goal here of course is to do more of it.  I hope to get quite a few games of 40K in once the Battle
System terrain shows up (hopefully in late spring)...before that I hope to get a couple of games of WFB 3rd edition in as well.  To this end I really need to knock out some terrain projects...I don't know if I will get the dreamed of table completed but some more finished terrain projects are desperately needed to encourage gaming in general.

I have to admit that I am also being tempted by some rule sets outside of the Games Workshop Sphere of influence.  I recently downloaded a copy of Victory Decision: Future Combat as a possible alternative rule set for use with my Sci-Fi figures and the Battle Systems terrain.  I'm also attempting to find a copy of Armies of Arcana...as a possible alternative Mass Combat Fantasy Rule set...3rd ed will always be my first love but I'm interested in other rule sets that will allow me to play the narrative based games I envision but also allow a game to be completed in a period of time that fits with my current life style (as a harried and over-worked parent). 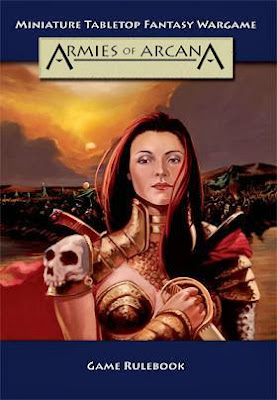 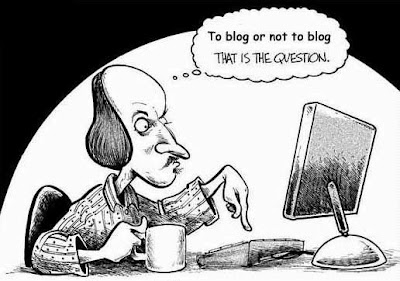 Here I do need to look back a bit.  The following year has been a great one as far as the Blog is concerned....sure I didn't make as many posts as I had hoped...but the continued support and encouragement that I receive from the readers of this blog is a HUGE motivating factor for me.  If there were no community of like minded weirdos to share random thoughts and photos with...as well as to buy, sell, and trade old lead with...then I probably would have lost interest in the whole "Oldhammer" thing a long time ago...

So the Goal for this year...is more, better, blogging about all aspects of this crazy hobby of ours.

So HAPPY NEW YEAR to you and yours...may it be a safe and productive one for all of us!