Dwarf handgunners advance into the fray... 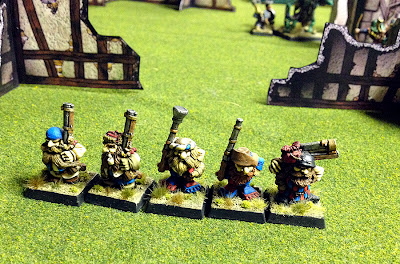 For this game each side had three squads of troops that started the game off the table and who appeared rather randomly and often in unwanted places...it kept the boys on their toes...:)

A new unit of orcs appears on the battlefield. 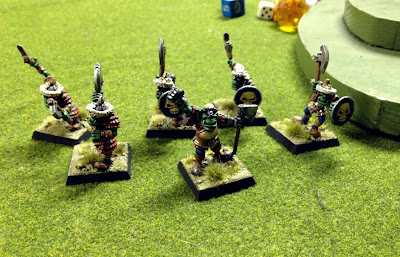 They are promptly engaged by some light Cavalry... 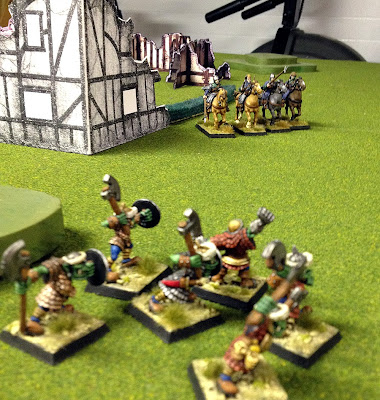 Meanwhile....in the center of the table...the unit of chaos dwarfs stumbles upon an unexpected troll... 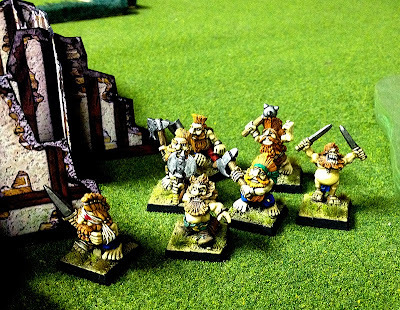 But sadly the troll was dead by the time their tiny little legs got them to the scene....so they found some orcs to thump instead.

In the end of the day the forces of chaos controlled the bloody battlefield....though only 4 chaos dwarf were left to celebrate....all other unit had been destroyed or fled off the table...

It was a great night....it took us about 3 hours to play through the entire game.  Next time I will need to add in some special characters and introduce basic magic.  The boys seemed to really enjoy the looser feel of the skirmish game...and though I missed seeing big block of infantry moving across the table I can understand the appeal of this type of game and we may continue to experiment with it in the future.