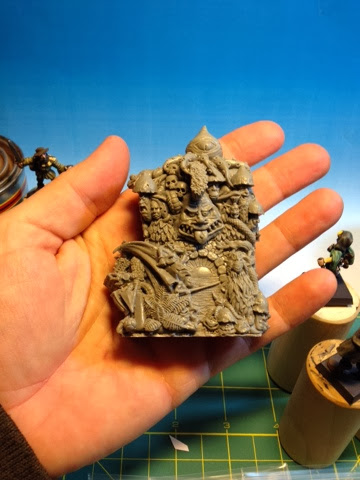 ...and the absolute density of amazingly detailed sculpting displayed on this piece is mind blowing! 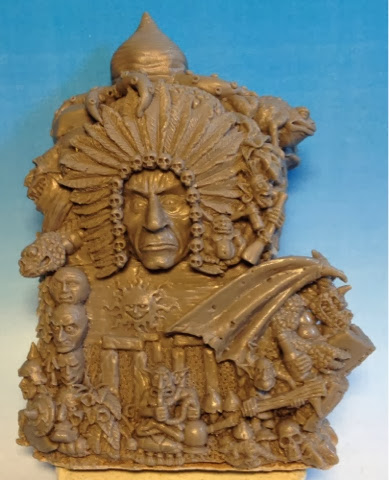 ....the little hookah smoking gobo at the bottom is a highlight for me...;) ...I wonder who lives in there? 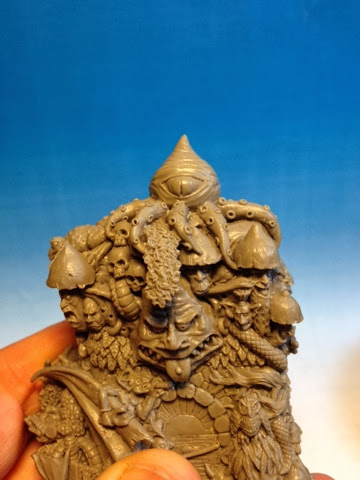 I love that octopuss! what an evil eye! 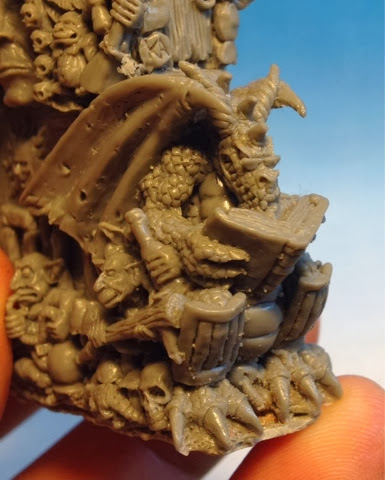 ...there has to be a story behnd this bespectacled book reading, kneepad wearing dragon... 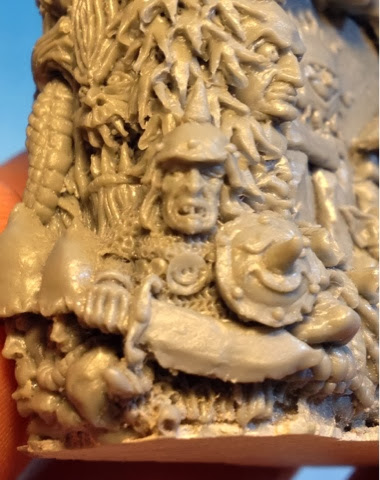 ...I wish this guy was produced as a seperate figure! 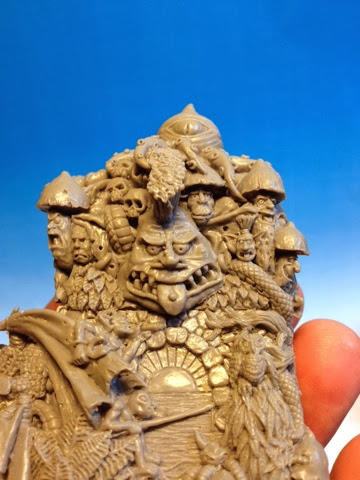 ...see what I mean about the density of detail?!?!  the eye can't decide what to focus on!

As I poked around on the interwebs trying to learn more about this interesting piece I found these pictures of the green on The Kevin Adams Challenge. 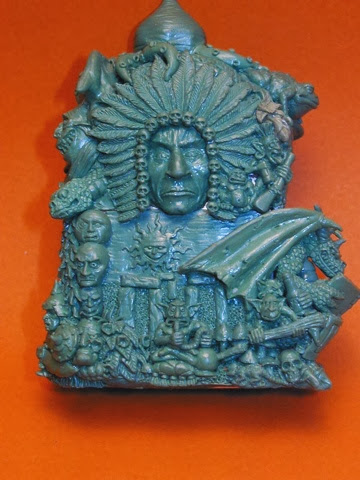 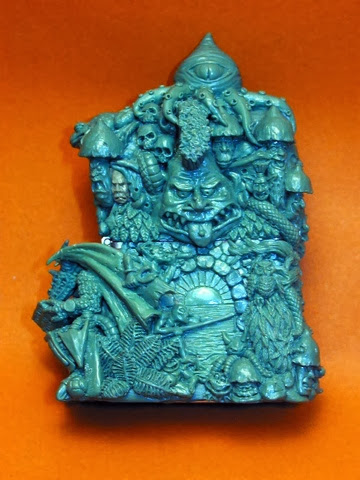 ...if you look just above the dragons wing on the left you can see the hinge of lighter hidden amongst all that awesomeness!

And then a few weeks ago Brian Ansell (I hope you don't mind me using these Brian!) posted some pictures of a version painted by the Goblinmaster himself...and I was blown away all over again.  The man is obviously as talented with a brush as he is when pushing putty! 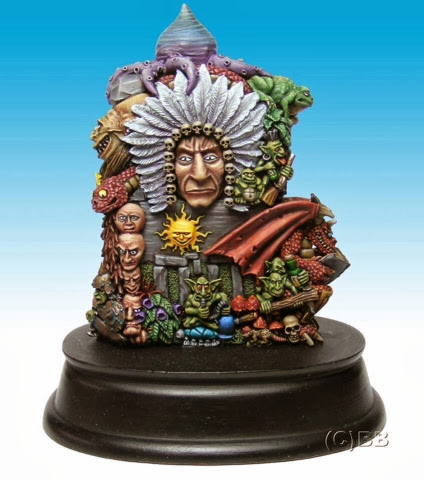 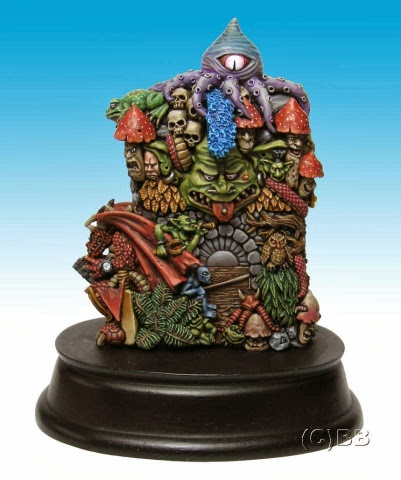 I can only hope to paint mine half as well if I ever get around to it.

...alright back to scouring eBay for Chaos Steeds and Renegades!