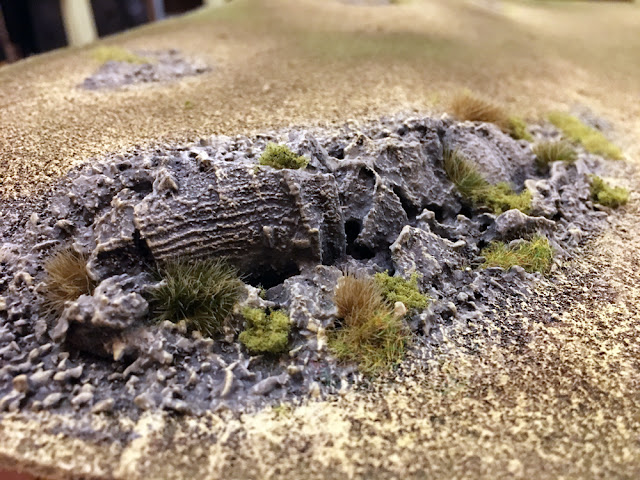 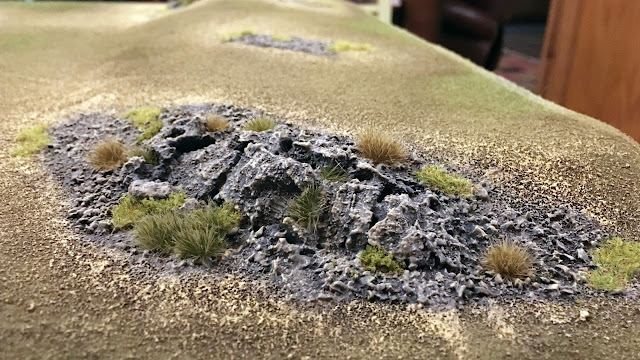 I also patches of static grass to a number of locations...mostly around rock and rubble patches ...but also occasionally on there own as well. 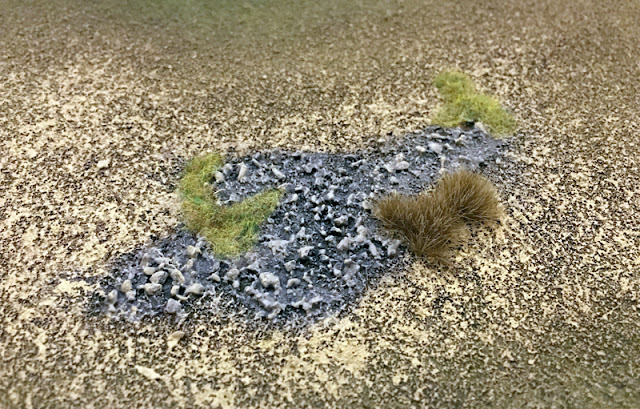 Here are all six boards showing the static grass and tufts 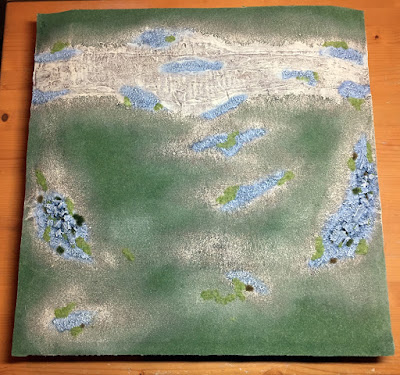 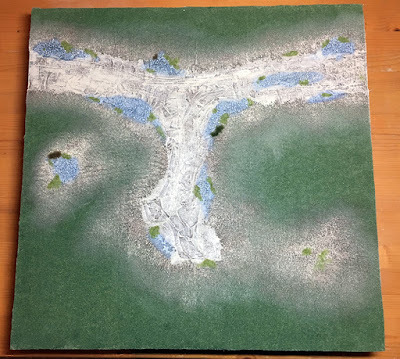 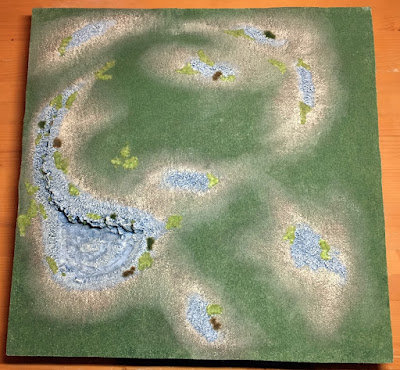 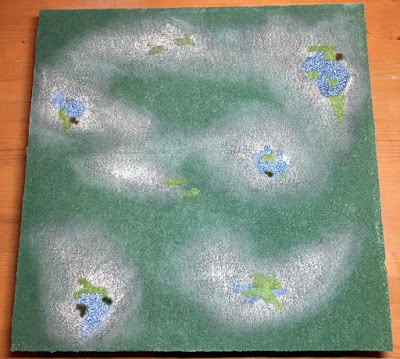 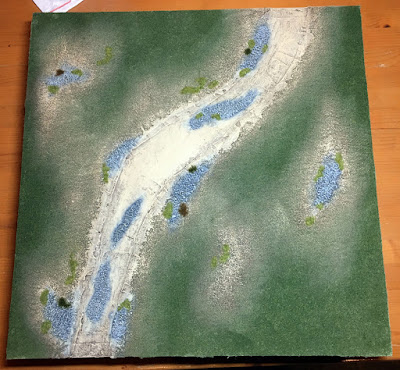 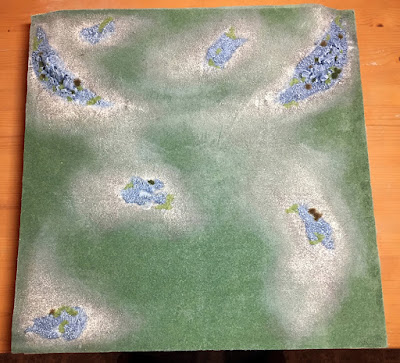 In an attempt to further integrate my bases and the terrain boards I used the same tufts and static grass that I use to give my figure bases some more character. Here are a few first pictures of figures on the boards and I'm quite happy with how well the bases and boards match. 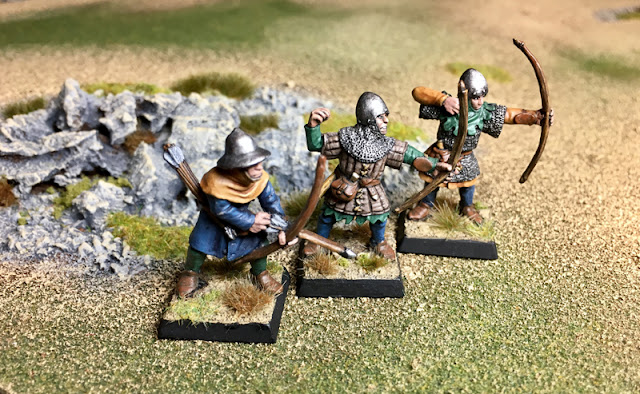 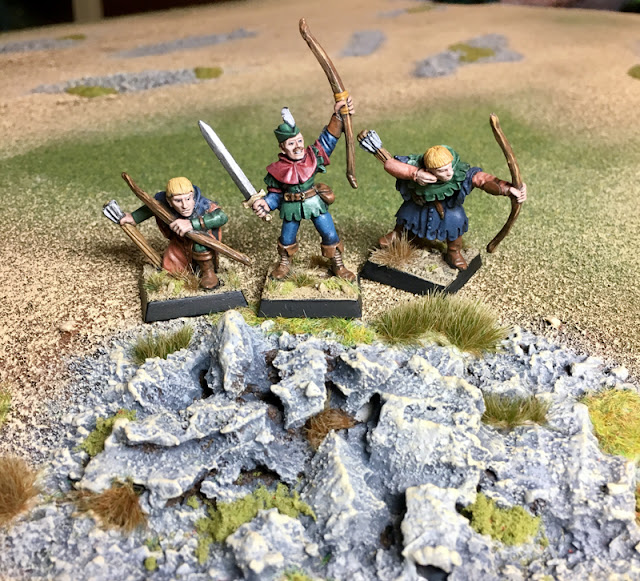 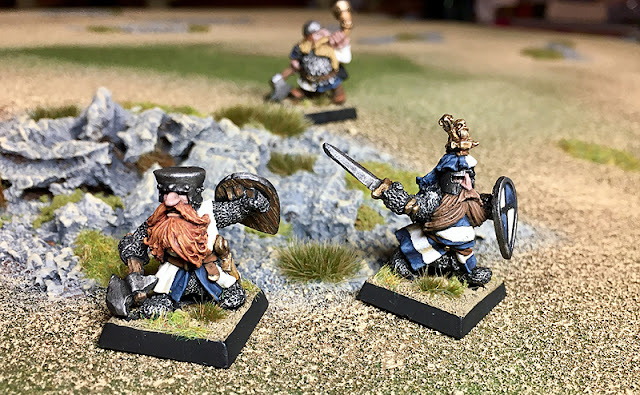 So!  I'm nearly there!  I just need to figure out the water feature...and I've consulted with my expert panel of terrain builders and I'm finally ready to act!

thanks for watching!  back with more soon.