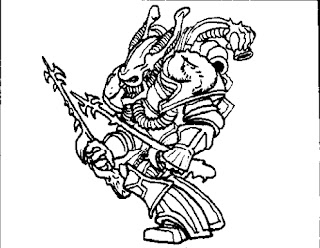 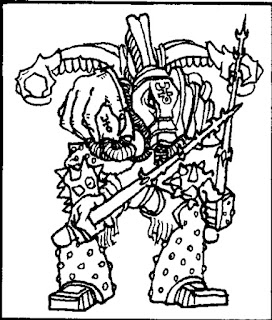 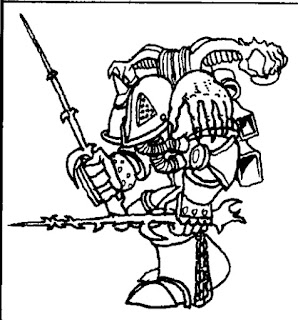 This is all three of the Tech Marines shown in Slaves...the first two are very similiar to existing Renegade models...and the third appears to have the head of one of the classic Copplestone Chaos warriors from the Fantasy range...specifically this guy: 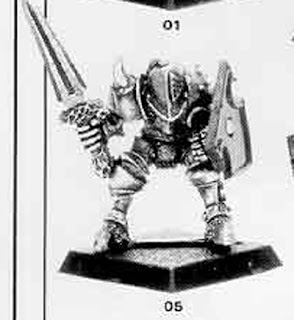 While an interesting use of existing inspiration (and one we will see again later)...what I am most interesting in with the Tech Marines is their tools.  What the hell are those things?  The standard loyal tech marines are often shown with large wrenches or blow torches etc. but all the Chaos tech marines depicted have this same device in their hands....anyone know what that thing is?  either way I think these drawings could be used as great inspiration for some conversion work so that I can have a Chaos Tech Renegade accompany my Dreadnought....once I get it painted.

Like the last tech marine shown there are several more pieces of line art that depict marines that have helmets inspired by fantasy chaos warriors....and in particular the Copplestone CWs seem to be favored for this work.  Here are a few more with their corresponding figures...again great inspiration for conversion if one was so inspired... 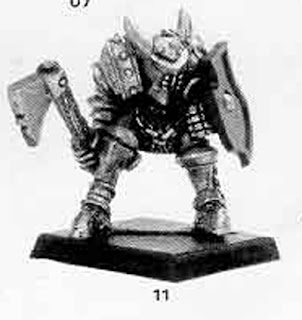 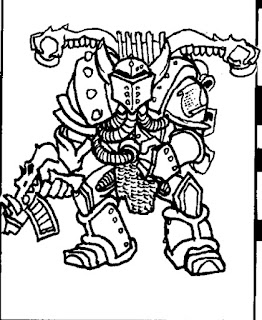 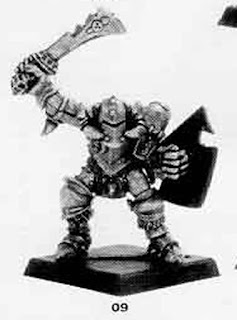 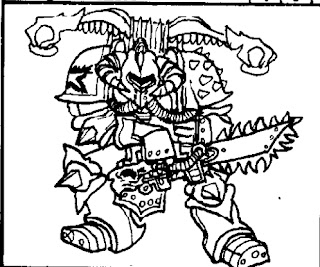 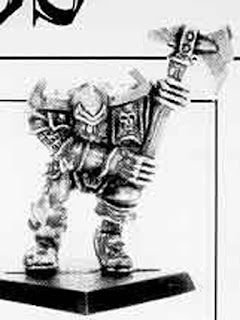 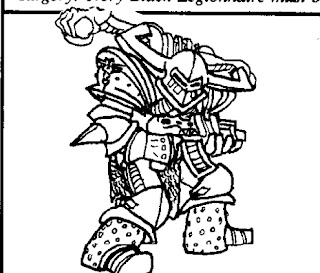 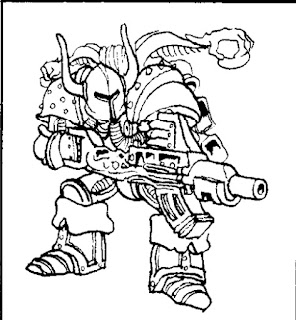 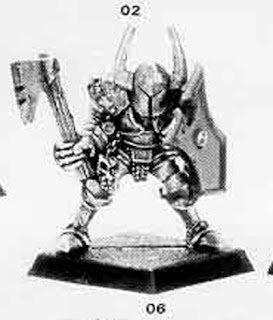 The last line drawings i would like to highlight are those that represent Chaos Spawn and Possessed marines....these two troop types open up a whole realm of conversion possibilities...really the sky is the limit with these mind bending drawings... 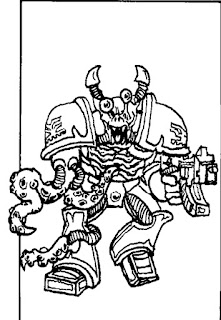 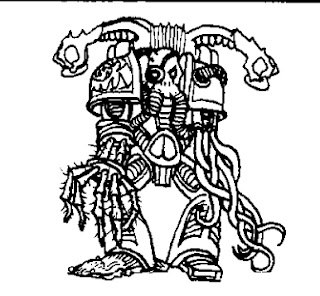 thats all for now...I'll hopefully be back with another painted Renegade soon.