Back with another Chaos Renegade Space Marine for you today.  This one was sold as a Tzeentch Renegade and comes with the obvious Tzeentch trait of a birds head.  But...as I have explained before I do not feel constrained to limit my painting to the prescribed color schemes of the four Chaos Powers....and I certainly didn't follow the "rules" with this figure. ...instead, in this case, I looked to nature for inspiration.

One of the fantastic things about where I live and work is that it is quite rural and nature is just around every corner.  On my way to work I drive along Vermont's Largest River and then through some wide open farm fields that are bordered by mixed hardwood forest....this is raptor country and I see a wide variety of raptors almost everyday.  While my personal affinity is for hawks...no one can deny that Eagles are actually at the top of the Raptor hierarchy and in the eastern United States you can't do much better than the Bald Eagle.  Along the shores of Lake Champlain Bald Eagles are a fairly common sight as the population has rebounded considerably in the last couple of decades. I see them quite frequently when I'm working on the lake and they never fail to impress.

...Plus there is the bonus of it being one of our national symbols. 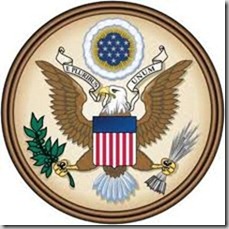 ...and even if you didn't really care for them before...after seeing one attempt to attack Donald Trump...well you just have to love them for that if nothing else.

But...this isn't a political blog ...so lets get back to what is really important...Little lead men!!!


With this magnificent beast in mind I set about tackling Chaos Renegade #5.  I attempted to mirror the yellow of the Bald Eagles Talons and beak for the edging of his armor and his totally bitchin Plasma Hand!  A medium brown was used for the remainder of the armor panels.  Of course the head had to be be white...and I even used some white on the bottom of the back pack to represent the Bald Eagles white tail feathers.


This is probably the most subdued version of this figure ever painted...and the least Tzeentch-y...but He seems to fit in well with his friends..

Here he is with the rest of the squad...individual pictures are below.

With these figures I'm really trying to find inspiration where ever I can find it.

I guess it is now time to return to Lead Mountain to mine up a couple more of these wonderful figures to work on!