The Severe Maiming of a White Whale...

The amazing week I just spent down in the DC area, which included a weekend full of Oldhammer, could only be capped off with in one way...with the slaying of a collecting White Whale. 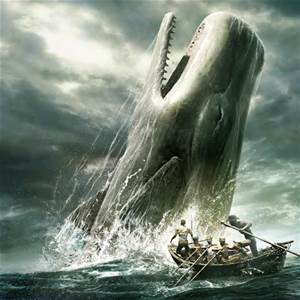 ...and while I was unable to completely slay my longest lasting collecting "White Whale"... I was able to severely main the SOB...and I'm now closer than ever to finishing that bastard off!

Any long time reader of my blatherings here on the blog, or in forums, or on Facebook, or in various bathroom stalls across a tri-state area...will know that I have had a long and frustrating search to complete an entire set of Marauder MM32 and MM34 Goblin Wolf Riders.


This seems a very unassuming range at first glance...sculpted by Aly Morrison and released in 1989...which is often overshadowed by the Kevin Adams Sculpts of the earlier Citadel Goblin Wolf Riders range.  But these have always held a soft spot for me.  I remember purchasing several blisters of these from my local gaming store in Centerville Ohio, the Tin Soldier.  They always served me well on the table top...harrying an enemies flank...or running off the table so fast that you never even noticed they were there in the first place...So when I dipped my toe back into mini collecting several years ago this range was on my short list of goals to complete ASAP.

That sounded simple at the time....

...and for the most part it was.  Over the course of a year I was able to check off the the majority of the range through a steady troll of eBay and the Forum Market places...before I knew it I was missing only three sculpts...strangely all from the same blister pack...specifically pack MM34/3. ...and so it remained for the next three years...

...for three years I never once saw any of these three specific riders come up for sale.  Not on eBay.  Not on the Forums.  And when it appeared...Not on the Facebook trade group.  In fact the only place I had ever seen a picture of the actual figures (rather than the line drawings from the catalog) was on the CCM Wiki...and in fact...they only had pictures of two of the three!

In the intervening years I even took the opportunity to actually paint up some of these wonderful figures...

Seeing how wonderful these looked when painted only further encouraged me to complete this range...I searched and searched...even reducing myself to begging from time to time...but to no avail!

This all changed over Christmas break...when a nice gentlemen from Jolly old England posted up a large, mixed lot of goblin war machines and wolf riders. Among this random lot...two figures caught my attention instantly.  It was two of the three!!  After a flurry of back and forth PMs in which additional images of the two suspects were exchanged and confirmed...a bit of negotiating on price and shipping...and the deal was done!!!

Well....they arrived on my door step while I was out of town!  I haven't even had them for 24 hours yet and I've already stripped the paint off of them and written a blog post about them....that alone should demonstrate the level of excitement that I am currently feeling.

So...without further ado...here they are!

Grasping them in my sweaty little hand for the first time I was amazed at how small they really are...they seemed inversely proportional in size to the amount of time and effort I have put into tracking them down.

...and now....there is just one left...one that I have never seen in the actual white metal before....all I have to work from is the pencil drawing that first appeared in WD118...this drawing.  this is the face of my "new" White Whale. 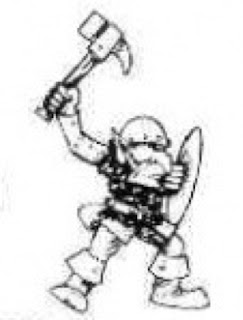 Dare to dream my friends....this White Whale is severely wounded...but I need your help to finish it off!  If you happen to see this vile scum lurking around any sales or auctions that you come across...or if you happen to have him hiding in your closet...please let me know!!  Even if you can only send me a picture to confirm that this miniature was actually cast up I would be thankful.

Off to sharpen my harpoon...