As with many Oldhammer Bloggers this seems to be the right time to review the last twelve months and take a look at what I was able to accomplish and perhaps look to set some goals for the coming year.

I'll look at things in fairly broad categories:
Painting
On the painting front my year saw a limited output with a wide variety of models both Old citadel and figures from new ranges with an "Oldhammer feel" to them.

Perhaps the figures I was most excited to finally finish up were the knights that round out my 5th edition Bretonnian force.  These guys had been languishing on painting table for many long months.  Painting horses is one of my least favorite aspects of our shared hobby but it was a real pleasure to finally get these guys on the table.  Though they are not from the Golden Era of Citadel figures I still think they are wonderful figures...the Perry Boys really produced some quality figures with the 5th ed range. 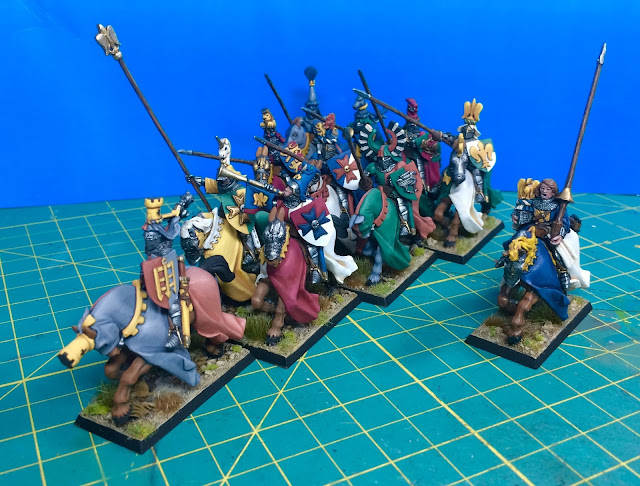 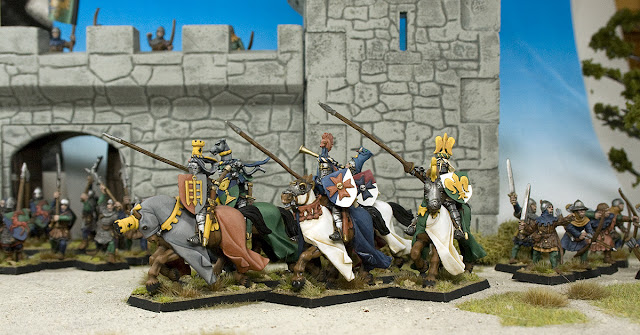 I also added some infantry personalities to my Bret Force in the form of Bertrand and his pals... 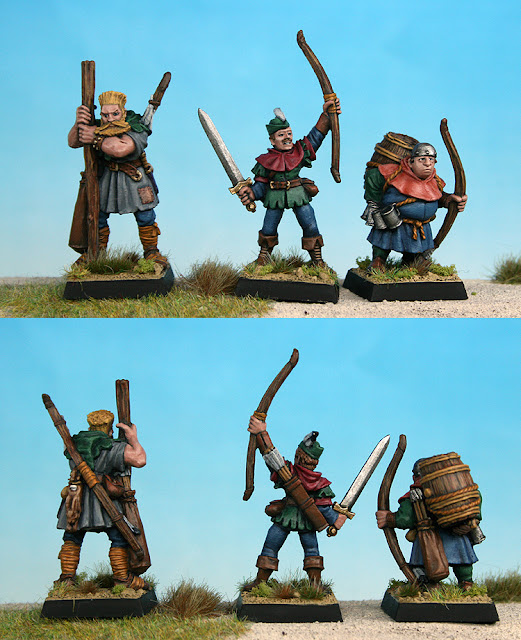 And just recently I bulked out the infantry support for this army with a unit of Dwarf infantry.  This unit is composed of classic Citadel Imperial Dwarfs and some of the newly released Bood-Wargames Dwarf models.

Beyond my Bretonnian forces I also worked on a number of models from the very Oldhammer-ish Dragon Bait Miniatures.  Among these fantastic figures were this excellent Executioner set... 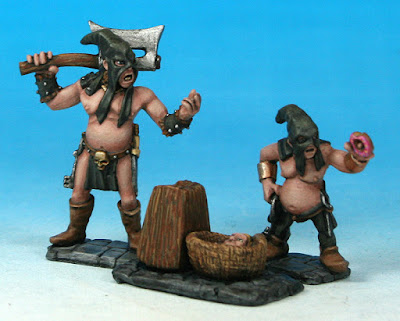 And from DBs most recent Indiegogo campaign I completed a set of the wonderful Krackatoans (fishmen) that Joe had sculpted...I'm absolutely infatuated with these figures and can't wait to get them on the table.

Sadly I only completed one figure for my Rogue Trader forces...an astropath that I painted as part of the One-hour painting challenge that was all the rage a few months ago

I had another half squad of Orks nearly complete...but they didn't quite make the deadline...

I was also quite honored to paint a couple of commission pieces including these two fantastic dwarfs...one chaos...and one wizard. 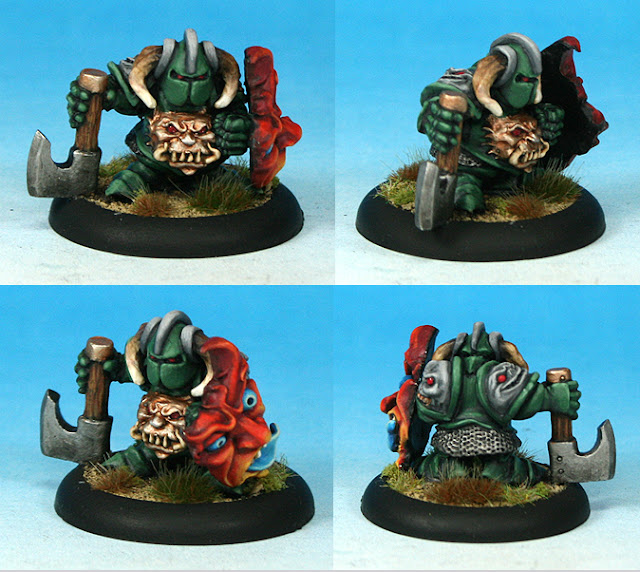 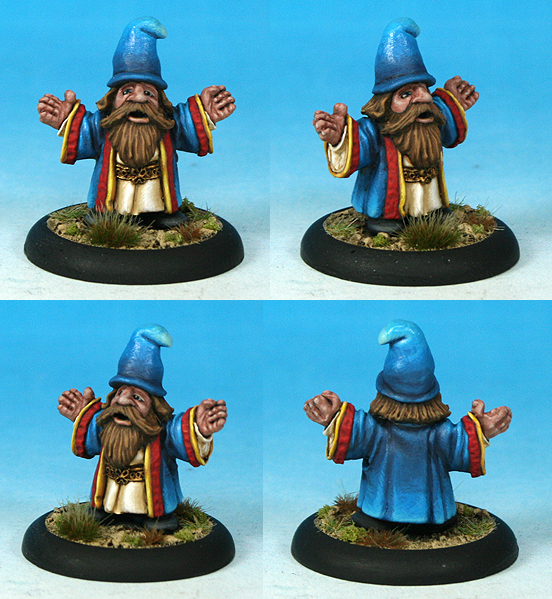 My year of gaming was good and varied....but still too infrequent.  I played several games with my local gaming friends including a couple of games of of Rogue Trader played on my battle systems terrain. 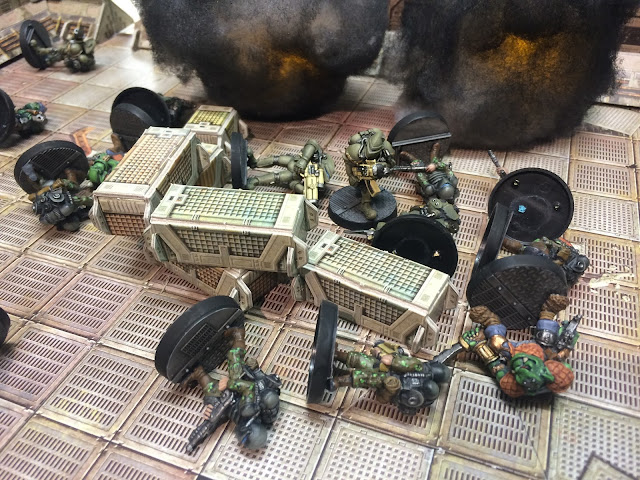 It was also this year that I met another local gamer and together he and I delved into Lion Rampant and Frostgrave....both great games with excellent potential.

Of course the gaming highlight of the year was the Oldhammer in the New World event in August.  This was a truly epic weekend during which I played multiple RT games...including the amazing Alamo game... 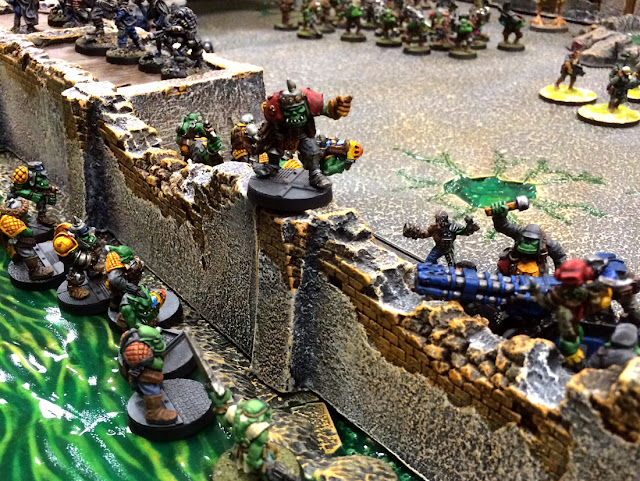 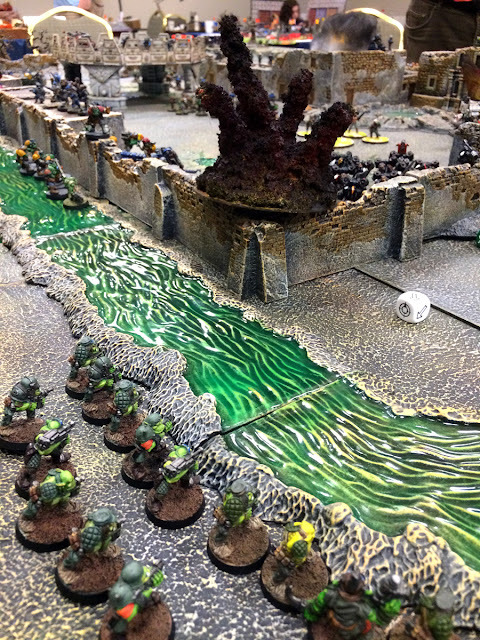 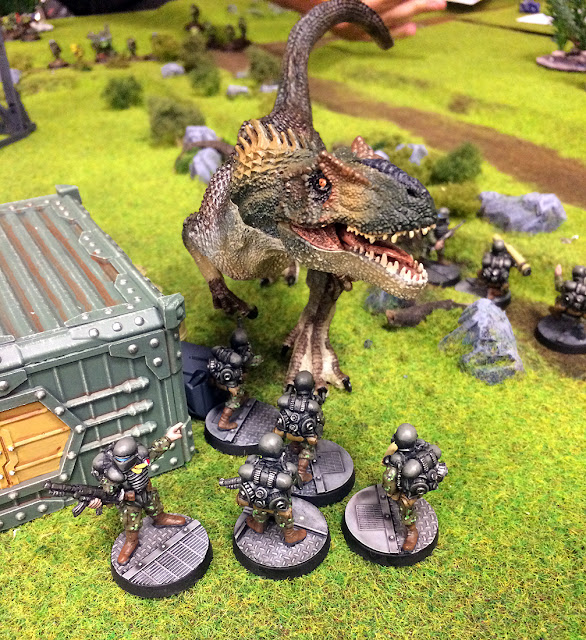 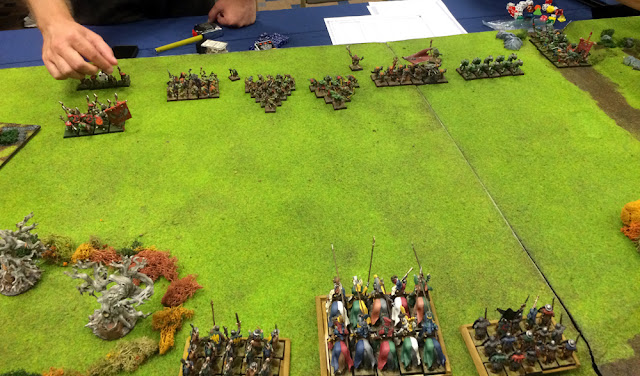 ...in addition to these were a couple of fun games of heroquest and the superb Bretonnian frog hunt run by Kirkell the Great! 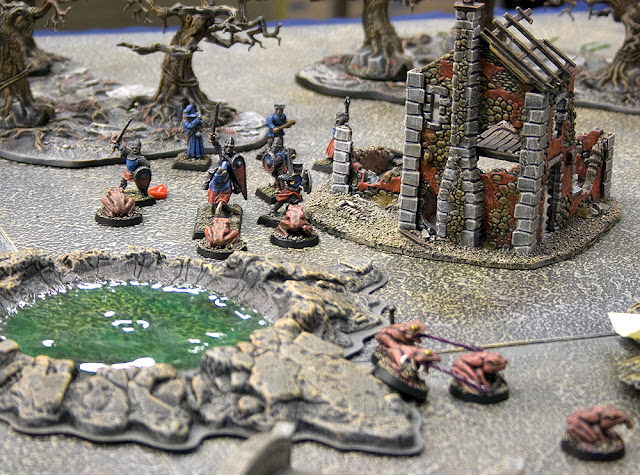 It really was a pretty good year in gaming...but I needs MOAR! :)

2016 Goals
My main hobby goals for 2016 are to paint and game more and to shop and buy less.  I really don't need to buy any more Oldhammer figures....other than the few I need to finish specific units and ranges, so I plan to spend a lot less time on eBay, fighting with packing material, or waiting in line at the post office.  I'm sure there will always be a few things I am looking for but the days of bulk collecting may be coming to an end.  That said I hope to still be able to support the many fantastic small figure manufacturers that seem to be popping up these days...we really do live in a golden time my friends.

Specific painting goals are to finalize my warband of Dragon Bait Krackatoans, complete my half done units of marauder orcs and goblins.  I need to add a general and some artillery to my Bretonnian army...And to get back to my puff and slash army...which consists of both empire and dwarf troops.

I might also tackle something completely impractical....but as old school as it is possible to be...;) more on that at a later date.

Gaming wise I am super excited about attending the up coming NOVAOSGROT16 event...and I am looking forward to exploring Lion/Dragon Rampant and Frostgrave further with my local gaming groups.  I also hope to have some games of Space Hulk in the near future with the Termies I'm currently painting up.

Also....Terrain.  This is the year I need to make some terrain.  I have great figures...they deserve a good surface on which to do battle!  I think I will start with a smallish table for skirmish and Frostgrave.  This to be followed by some nice buildings, hills, and scatter terrain for a WFB table.

I hope yours is too! 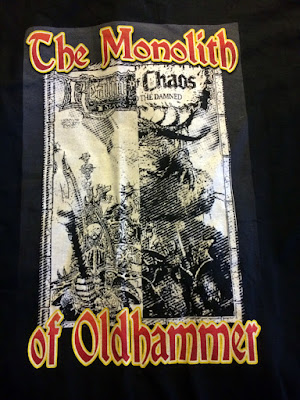 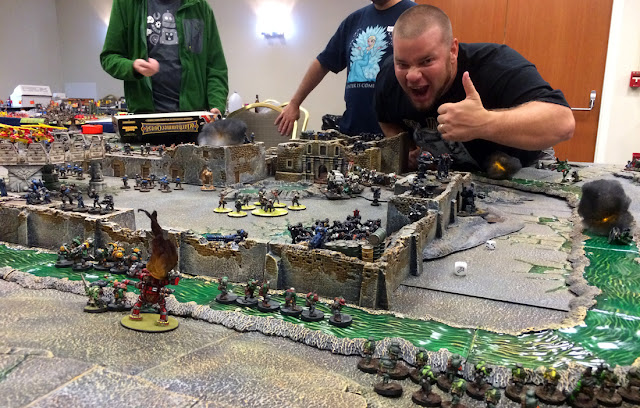