Well...the time has finally come!  Round 1 of the Lead Painters League has closed for voting and Round 2 has begun....therefore I'm allowed to post up my first round entry for public consumption.

The entry requirements for this year's LPL have changed from previous iterations of the contest.  This year you are allowed to only enter one picture of your team...with no composite images allowed.  In the past I had the option of using a combination of images to best illustrate the details of my figures....this year one picture only.  So this was picture that I submitted...

As you can see to meet the Round one special theme: Fantasy...I chose to paint up a team of the excellent Ewal Dvergar that you can get through Clam.  As always these figures were a real pleasure to paint and allowed me to play around with some great colors.  The stand outs for me from this group are the "black" armor guy and the "cream" armor guy.  As you know I've been really working on my technique for painting black and I finally felt comfortable enough with my "system" to apply it to an entire model and I think it worked well...especially with that bright red beard to contrast it.

Let look at each of these in more detail.

Here is the Black armor Dvergar... 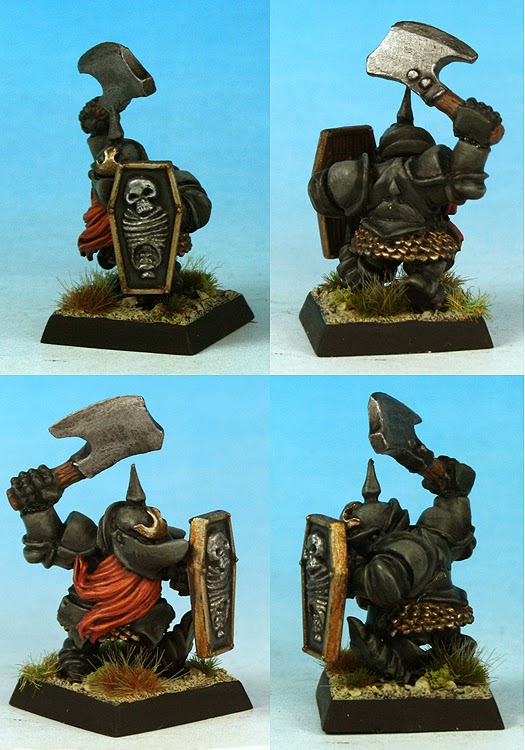 Beside the beard, the Gold is a nice contrast....and as you can see for his shield I chose one of my favorites from the Marauder Chaos Shield Sprue.  FYI I think he looks better in person...Black is a difficult color to photograph well. 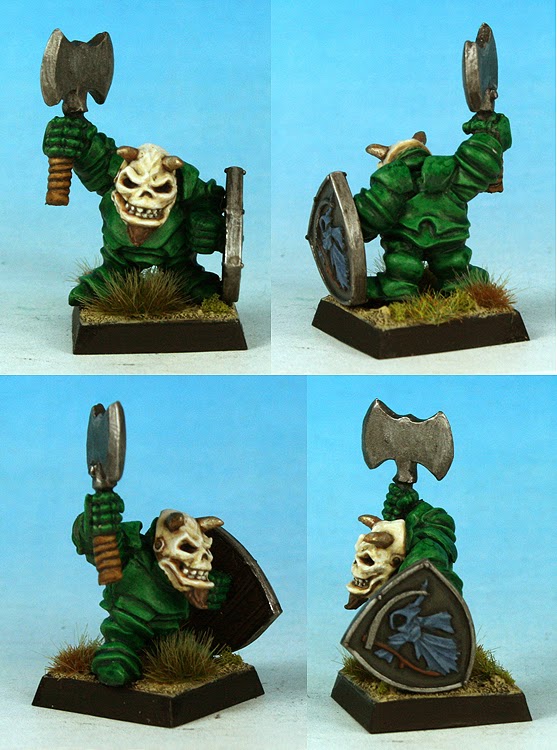 I have mixed feeling about this guy...I attempted to employ inks on a larger scale than I normally do...and results were less than perfect.  In the pic of the back of this figure in particular you can see how the Reaper Green Ink I used did not lay on smoothly...believe me there was a lot of cussing.  Luckily from the front he looks pretty good...which is what mattered for the LPL. 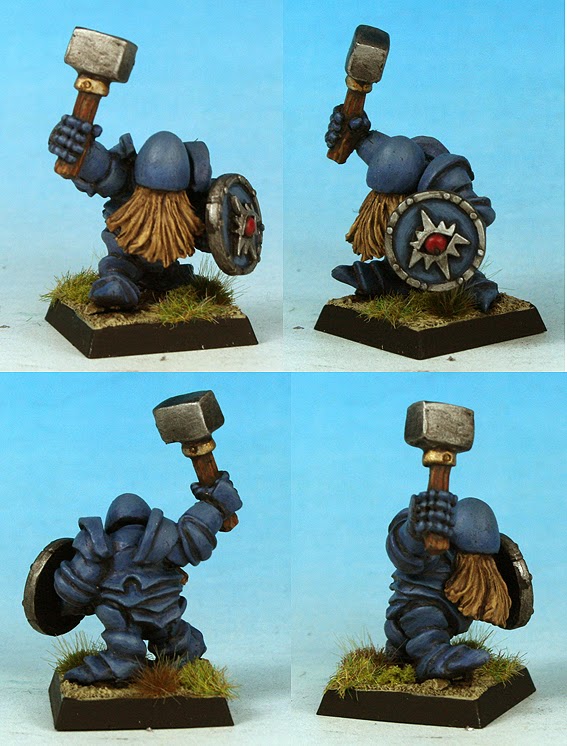 Here is the Blue Meanie...I really like the faceless helmet on this guy...a fun Chaos sculpt all around.  I probably could have done one more highlight on his armor...but over all I'm happy with how he turned out.

This team also saw one of my first attempts at using two colors on a suit of armor...I chose to use white and the orange that was so successful on the Four A Chaos Dwarf Reptilian.  The Great Sword I opted to gave this guy failed to reach the ground so I needed to put something under the tip of his weapon.  For this task I sanded down a plastic skull and stuck it under there...then painted it up like the rest of the basing material. 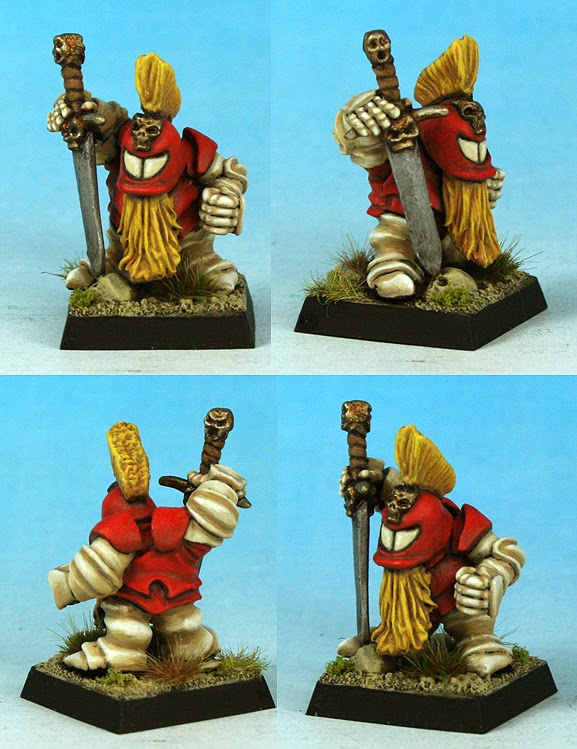 So I consider this experiment a success and will certainly be considering two color armors for future figures...not all of them...but occasionally its a good option.

And finally the Cream armor warrior.  Like I said this one is probably my favorite of the group....the shading just worked out nicely on this guy...and the sculpt (particularly the helmet) is just great. 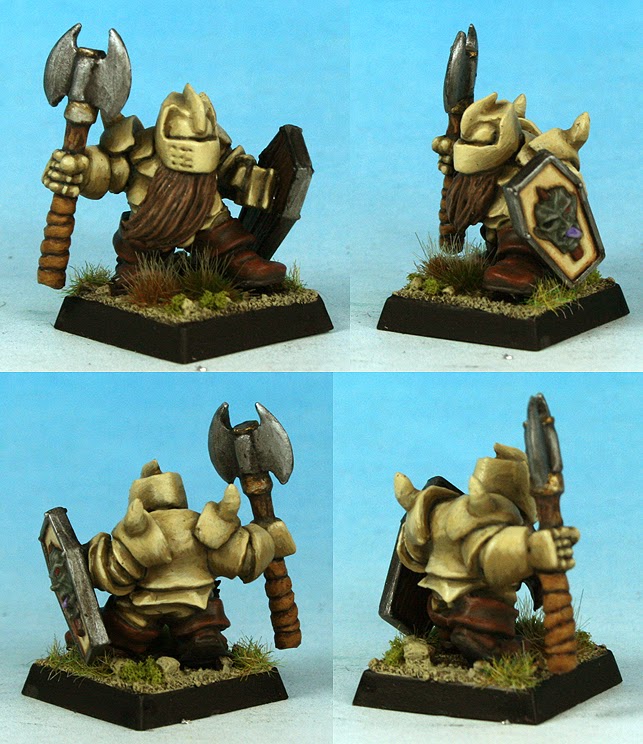 Again I chose one of the Coffin shaped shields from the Marauder Chaos Sprue for this guy.  In fact it is my least favorite shield from the sprue but it works great for this guy.

So...Round one is in the bag.  BTW I did score a victory this round...but to be honest with you my main goal with the LPL is just to complete new teams for each round...If I win or not is always interesting but as long as I achieve my primary goal of competeing to my fullest ability I will be happy.

While I had the camera out I snapped some "unit" shots of all my Painted Ewal Dvergar...but I'll save those for another post...:)