Today I can finally present the final unit (for now) of my Marauder Boar Boy army....the Command group with Big Boss (General).

For my final entry in the Old World Army Challenge I reserved my command group.  This is a smaller unit of only five Boar Boys...but it includes the General and Army Standard as well as a small number of elite Gruntas on Barded Boars to fill out the unit and act as bodyguards to the General and the Standard.

Here is the Whole group 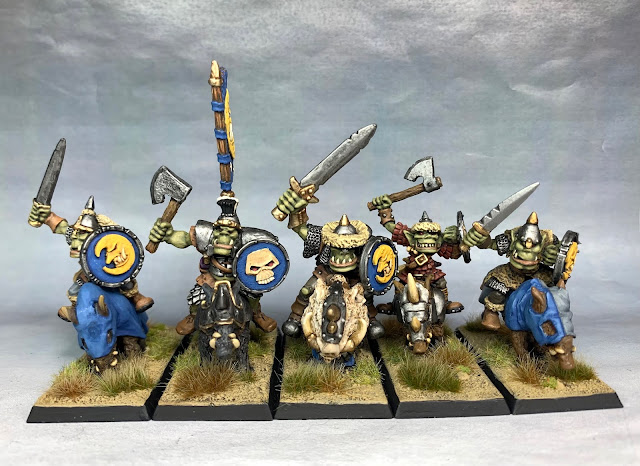 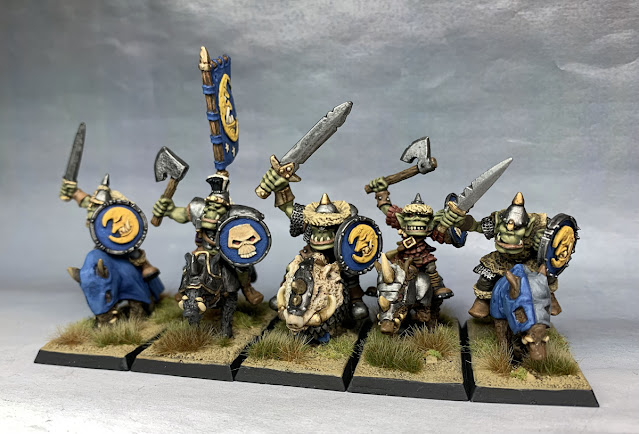 As with some of the other units in this army a number of these riders are repurposed from other Marauder sets like Chariot crew options etc.  Included among this number is the General himself who was designed to be mounted on a Wyvern (MB8) but is here mounted on the Barded Boar that originally came with the Marauder Boar Boy General (MM22/6). 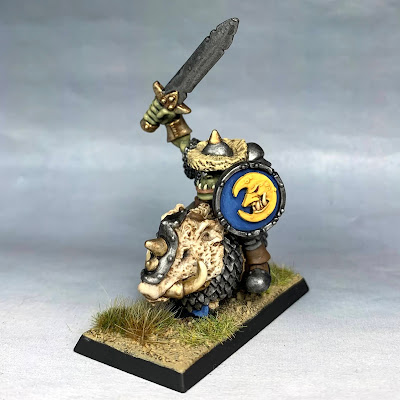 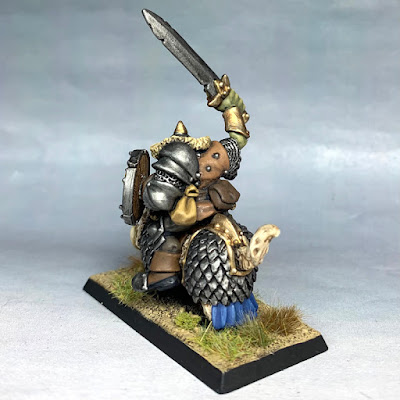 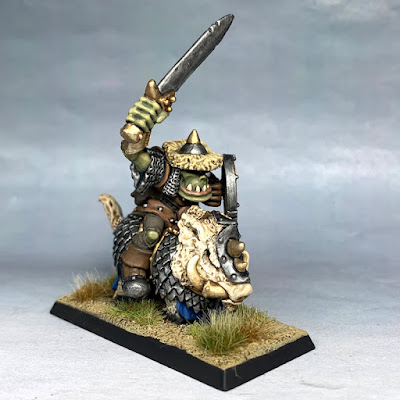 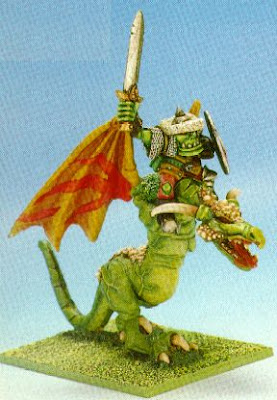 The former boar boy general, now army standard bearer, is instead mounted on one of the Armored boars from Clam's Ewal Dvergar Range.The Army Standard is carried in the form of a back banner.  I was skeptical that this rider would work well with this mount...but now I think its my favorite of the bunch. 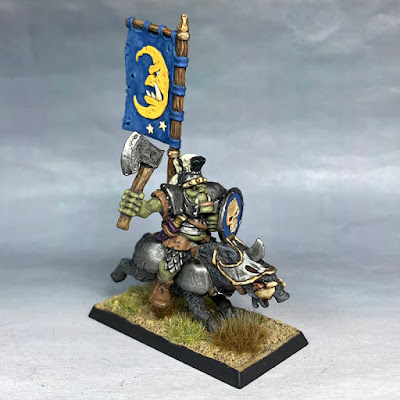 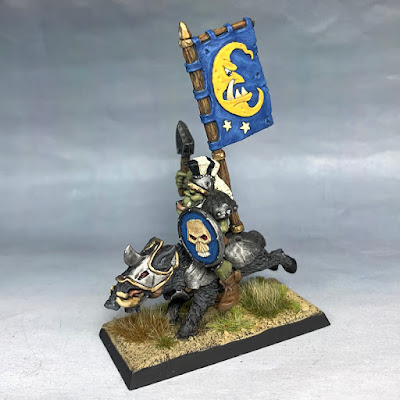 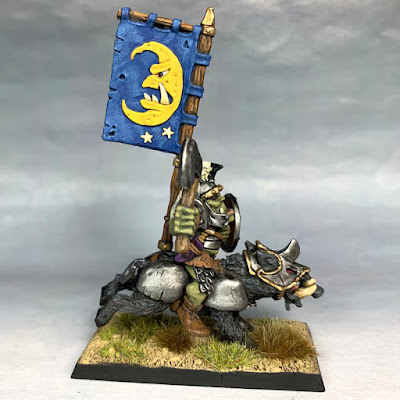 Two of the Grunta body guards are also "converted" from The Orc Battle Chariot (MB6)...from which we have also already seen the archer who has also been mounted on a boar. 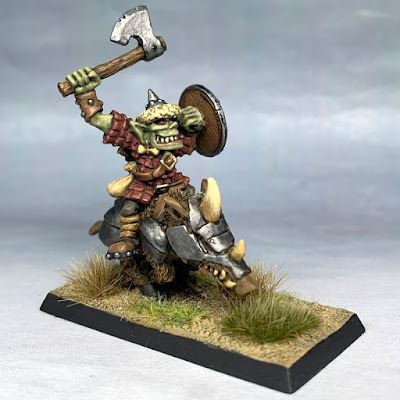 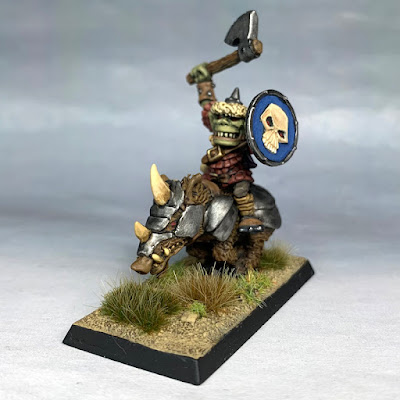 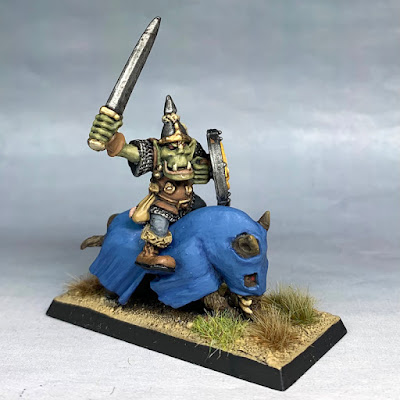 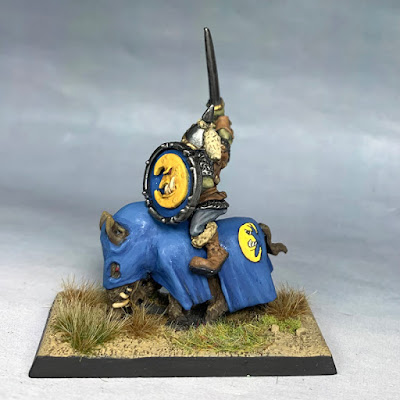 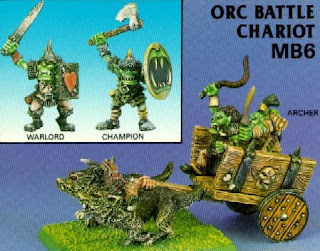 The last body guard figure is a actual boar boy figure (MM24/3)  but fits the part stylistically and the addition of a boar with a caparison makes him look even more intimidating. 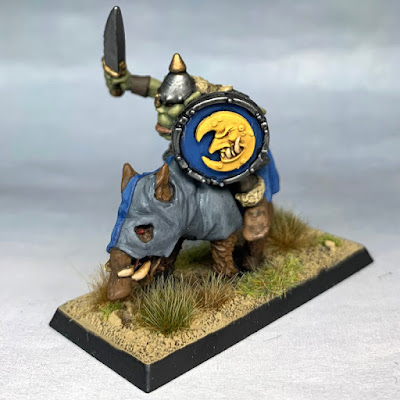 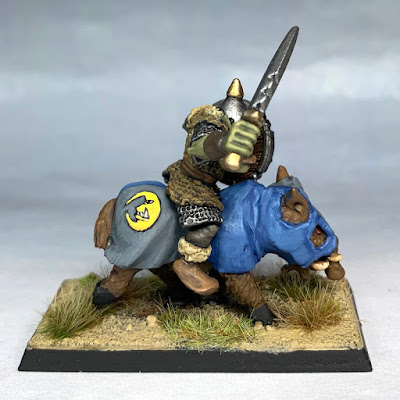 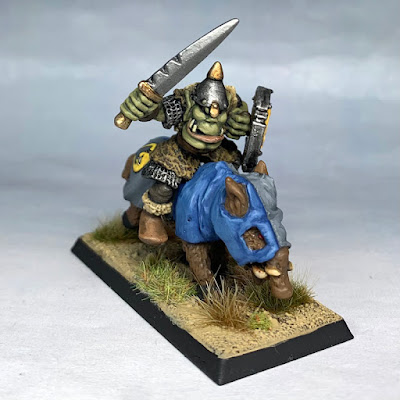 So there we have them...the last of the Marauder Boar Boyz for my all mounted Greenskin Army! I may add a mounted mage at some point...and I started working on a unit of savage orc boar boyz as well...but those will have to wait for another day.

I look forward to getting all of these along with their Wolf riders friends on the table soon for a photo shoot!