While my progress in the OWAC has been somewhat...um...lethargic the last few months ...progress is being made! At the end of April I posted up 8 new painted Boar Boys...all of which came from the close combat units of my Boar Boy force...namely the unit armed with hand weapons and shields and the unit armed with spears and shields....which I will run as the elite Gruntas.

With the completion of these 8 boyz I have also completed the two units mentioned above.

So...first up here are the hand weapon and shield Boyz...Led by Harrin Stephens 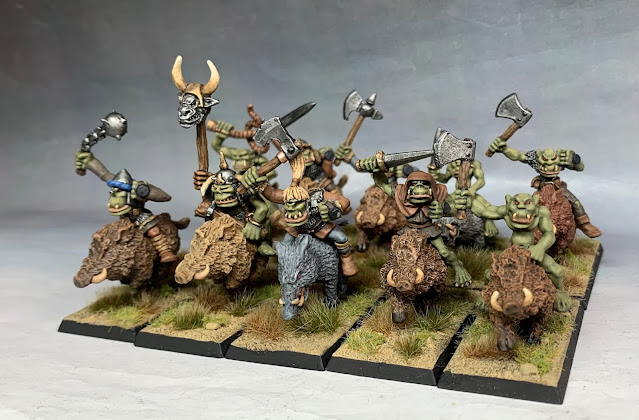 I made these units of ten as that seemed a reasonable size that would work for both Oldhammer games and Oathmark games.  There are not currently stats for Boar mounted orcs in Oathmark, but I will stat them out like Human cavalry but with the activation score of an orc and bring down their points value by 5pts. 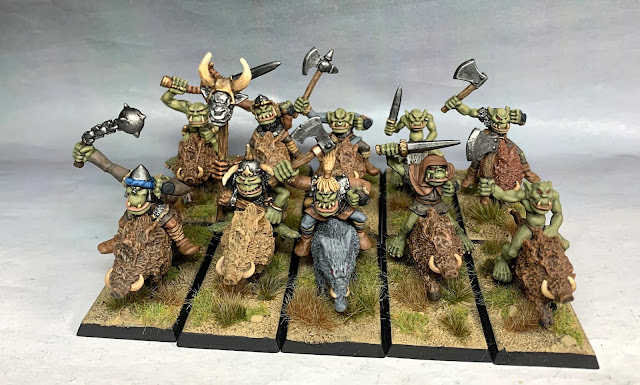 Second we have the Spear boys.  I like the inclusion of several scale mail armored guys in this unit as it kind of ties into the Marauder Orc Infantry unit (MB2 regiment and MM25 orcs).  As I've been working on this large group of Boar boys I've started thinking about some back story for them and the scale mail will fit into that story and the composition of these units....

...but more on that once I'm able to show off the entire army. 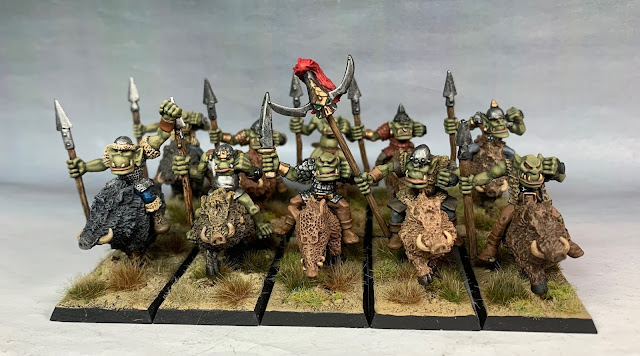 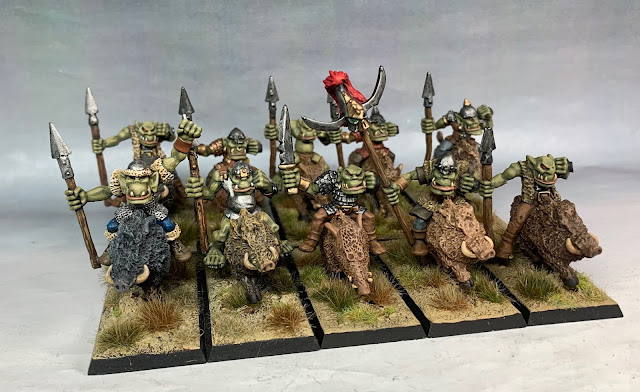 And here are some smaller group shots of the newly painted figures. 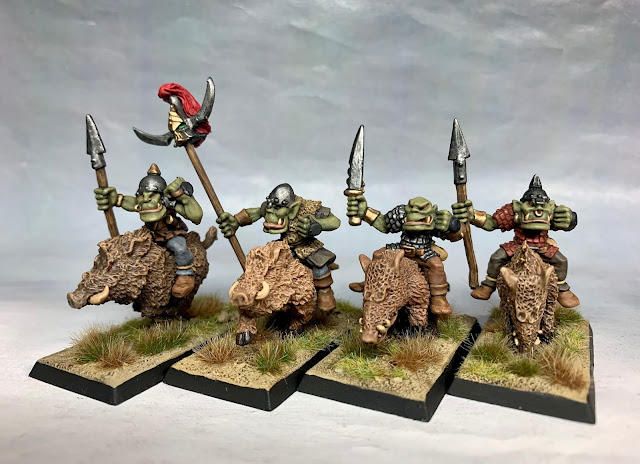 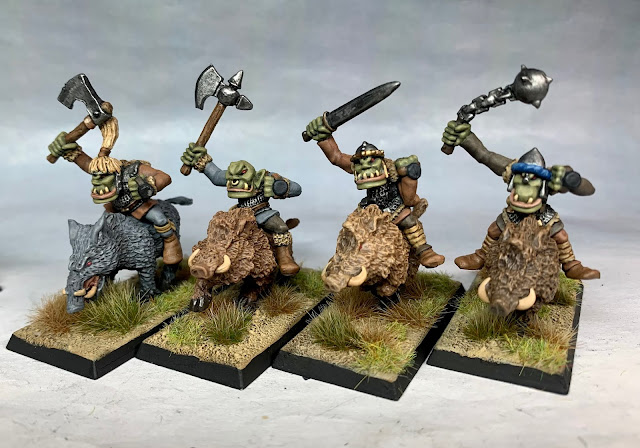 I'll be back next with the final installment of Marauder Orc Boar Boys when I present the General and his companions in the next post.  I will also have completed the shield and banners by then as well....

...then I can think about getting them all on the table for an army shot as well as a full mounted force shot with the Goblin Wolf Riders!!