After finishing the Marauder Wolf Riders I shared last time I have decided to move onto the classic Kev Adams sculpted versions as my next major group of figures to tackle.

I'm really enjoying painting the goblins at the moment and I intend to just push on with riders for the moment and then have a massive wolf painting extravaganza later in the spring or early summer.

I have a goodly selection of classic Citadel Goblins...enough to make two units of fourteen figures...one a melee combat unit and one a mounted archer unit.    These units are made from a mix of the original wolf rider sculpts with the addition of some infantry archers and command figures that have been "converted" to be wolf riders.

All of these figures have been picked up on the secondary market over the last couple of years and most have been stripped of old paint jobs.

Here is the whole group after being cleaned of (most) mold lines and flash...and then drilled and pinned for eventual attachment to their mounts.

And here is a closer look at the Melee Troops. 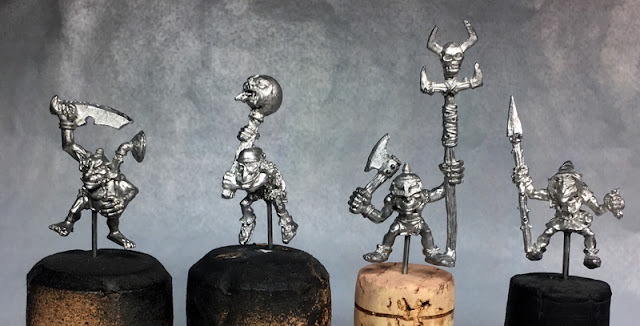 I figure the guy with the crazy face-club has to be the leader of this ragged bunch.  The musician with this home made "tuba?", and the standard bearer are both typically infantry models. 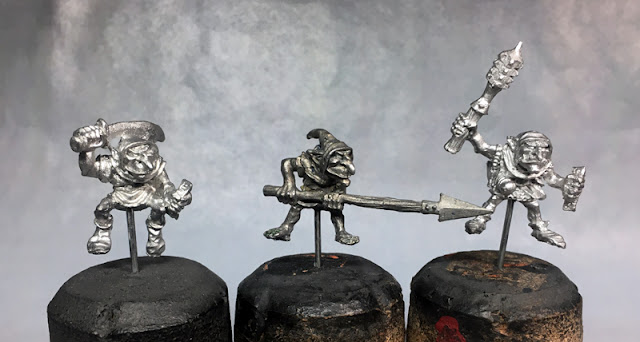 three great sculpts here...the mace and the lancer are both classics.

The right most figure here is another infantry model but he is positioned just like the lancer in the pic above so it seemed a good fit for the cavalry...

The Gobbo with the Jesters hat is another favorite. 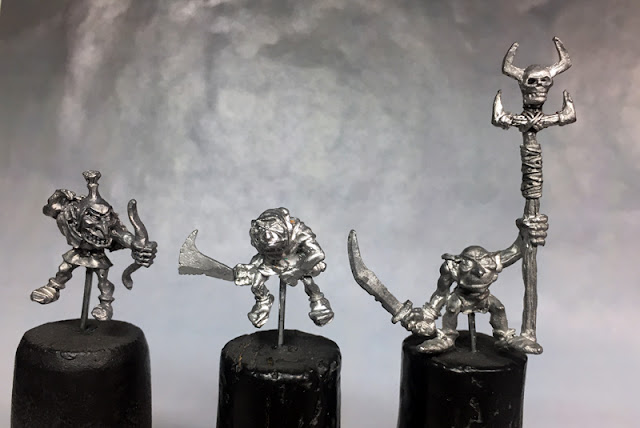 They really are a rag tag bunch...but pulling these two units together has given me a great opportunity to revisit the goblin range in close detail and I'm always impresses with the depth and diversity of this range...as well as how many subtle variations there are mixed in here.

These guys are off to get primed tonight and I'll start slapping some paint on them soon!