...and here is a separate shot of the back rankers.

Here they are shown deployed as a unit of 18 with a leader and standard.  I have six additional troopers painted so I am able to field an even larger unit if wanted...or as two smaller units (though I need another command model for that).

This unit is composed entirely of Marauder figures...most of which can be seem here on this 1994 catalog page 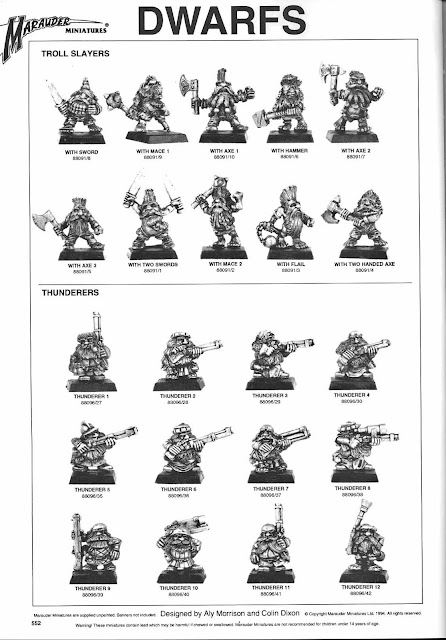 However, the Command figures from this unit come from the MM11 Dwarf Command Group pack 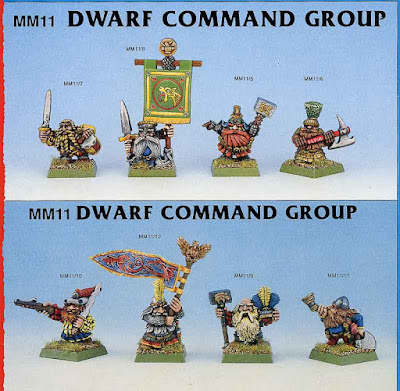 And a couple of the back rankers are from the illustrious MM15/2 Dwarf Warriors range, (Dwarf with Arquebus).  This is one of my absolute favorite miniatures and one that I have wwwwaaayyy too many copies of!

Well between the xbows I discussed last time and the hand gunners this time...I think we have covered all of the missile units...next we will move onto the Pikes!