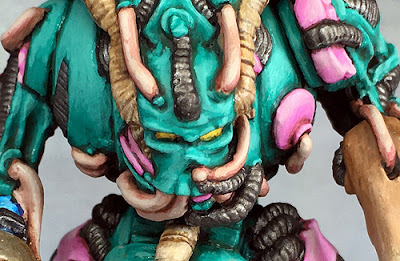 For several years now I've had various Chaos Renegades crossing my painting desk...some taking up residence there for months at time...others getting immediately painted after being primed.  ...but always in the back of my head I've been thinking about some heavier support for my renegade Squads...and specifically I've been thinking about the classic Chaos Dreadnought... 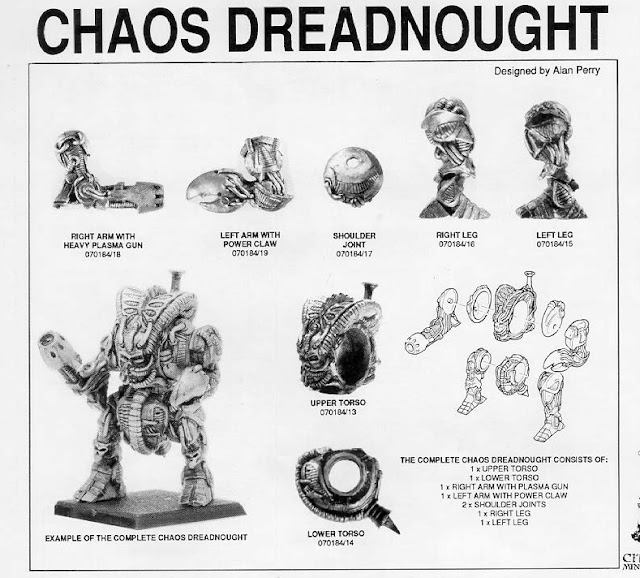 Finally its time has come.

This figure was quite intimidating for me to approach as it is so different from the regular renegade sculpts.  I had real issues with color choices and the odd combination of machinery and organic components of this model.  It took some time but eventually I started blocking in colors and it all began to fall into place.

I took a bunch of WIP pictures of this guy while I was working on him...but I'm not feeling the need to bore you with posting them all up.  If you would like to see them for some reason drop me a comment down below and I'll do a separate post with WIP pictures.

Ok then...here it is!  Chaos Dreadnought! 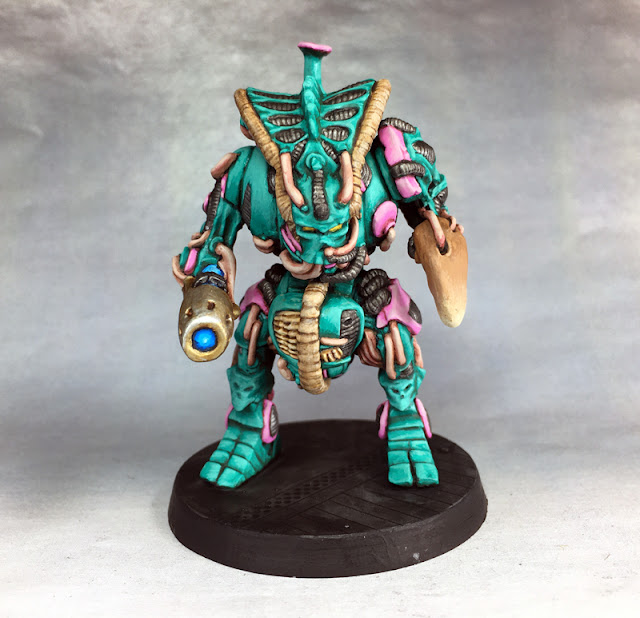 My idea of whats happening with this model is as follows.   Inside of this machine lies the remains of a Chaos Renegade...a casualty of some long forgotten conflict whose broken body was placed into this machine to act as life support and to animate the creation.  Tentacles have emerged from the renegade's body and worm their way through the machine animating its various parts. Over time bone structures have also grown through the armor to add additional protection.  Now the broken renegade has become one with the Machine and can retake his place on battlefields across the galaxy. 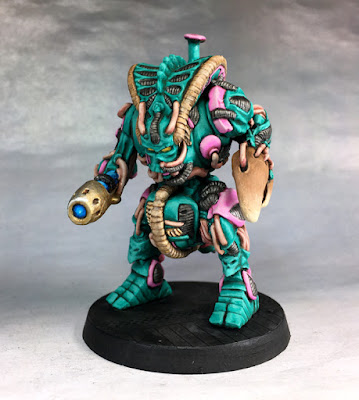 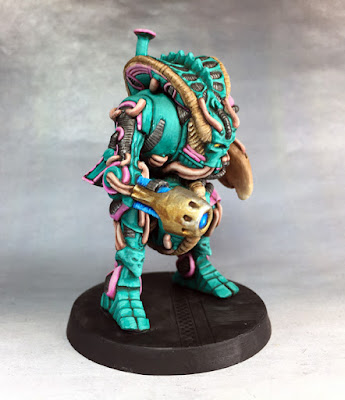 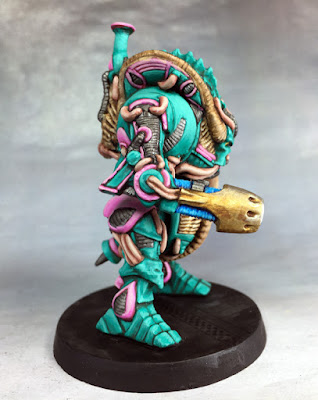 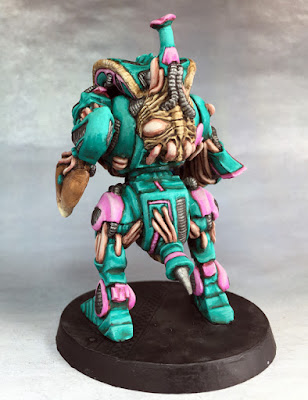 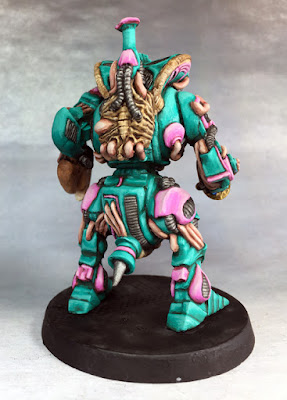 The one part of this model that I'm not happy with is the base...it came out looking completely flat and featureless..as well as dark...so I will have to change that in the future but I haven't come up with a good solution for that problem just yet.

In the mean time here are a few shot of the big guy with a few of his renegade chums... 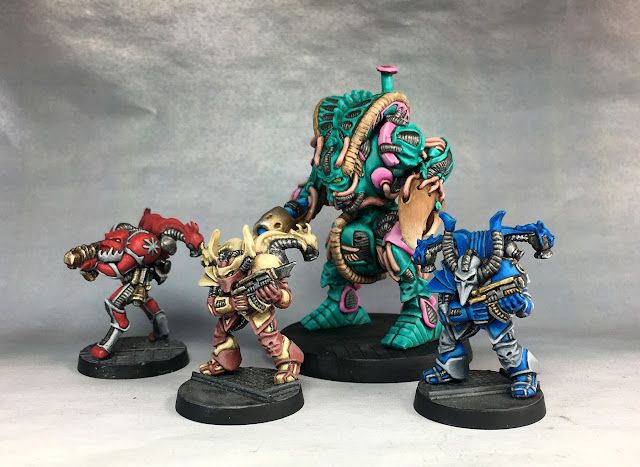 ...and just for fun I picked out all the painted renegades that share colors with the Dread and got them together for a group photo.

Alright....with that off my plate we can turn back to the rest of the Puff and Slash Dwarf Army posts...