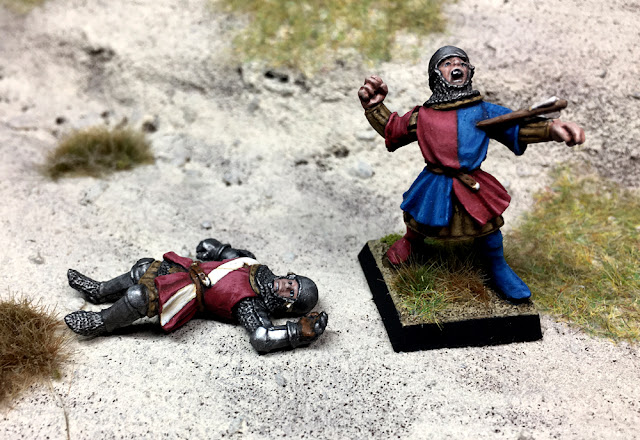 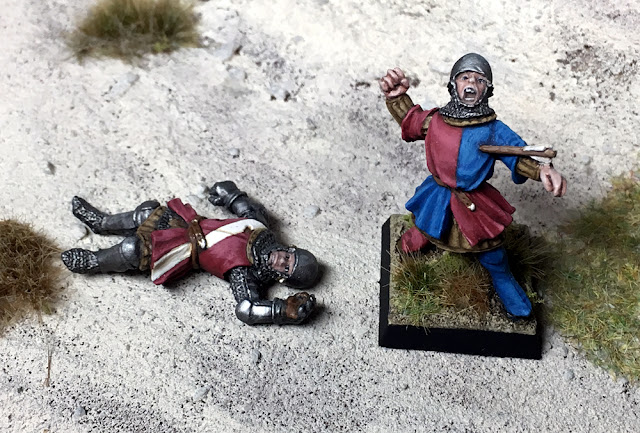 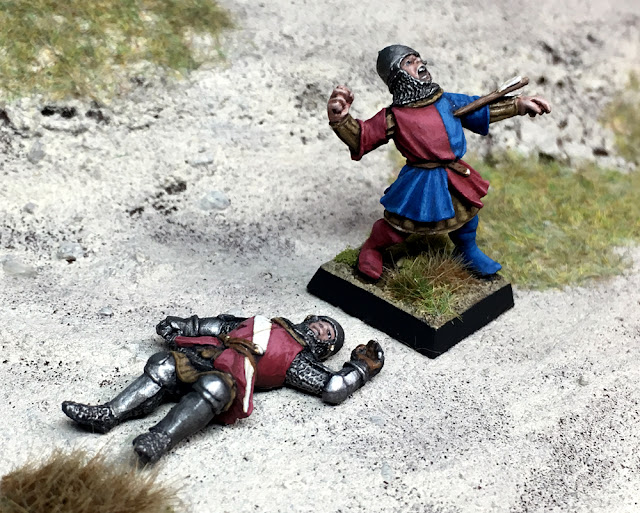 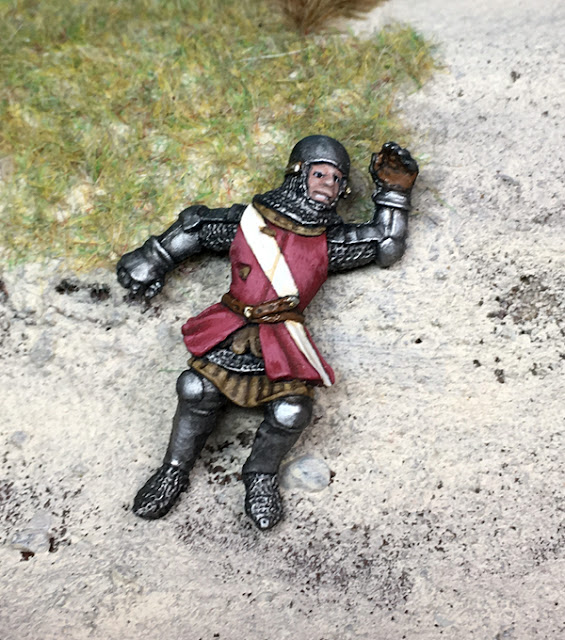 For both of these I used colors that also appear in my 5th ed Brets...which employ bold colors but in a more muted fashion, than say my Empire Dwarf army.  I do envision painting the rest of my 3rd ed Bret army with similiar colors as the 5th ed guys but with more variation in the way they are employed...and you can see some of that here with the guy on the ground having the cream colored stripe over the deep red...

I doubt these guys will have much practicality on the table....but they will be very useful in staged photos etc.