Alright...now that we have that out of the way...

This fall has been a flurry of old school gaming activity and I have a lot of catching up to do so lets carry on with the Renegades.

As part of an abortive attempt to take part in the Old World Army Challenge-Squad Sprint...I have completed the first few models for Renegade Squad 3.

I started with the heavy weapon trooper for the squad and opted to go with this multi-melta guy in a fairly muted color scheme.  In addition to the heavy weapon trooper I went for two great "Nurgle Marines" and, of course, painted them in the least Nurgle-y paint jobs I could think of.  For Old Tentacle Face I went with Yellow and Blue and I like to think of the Tentacle arm flamer guy as a corrupted Storm trooper...hence the white armor. 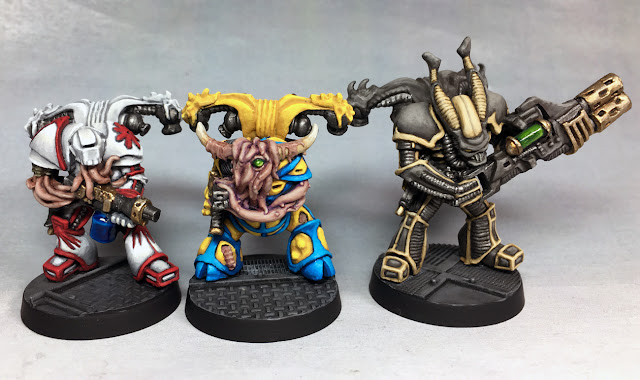 And for the fourth member of the 3rd Squad I wanted to tackle something special...the final Fungoid Renegade from this range.  To make this figure even cooler is the fact that he also is the other eagle headed Renegade...as you can tell I really like this figure and went to town on making him really stand out. 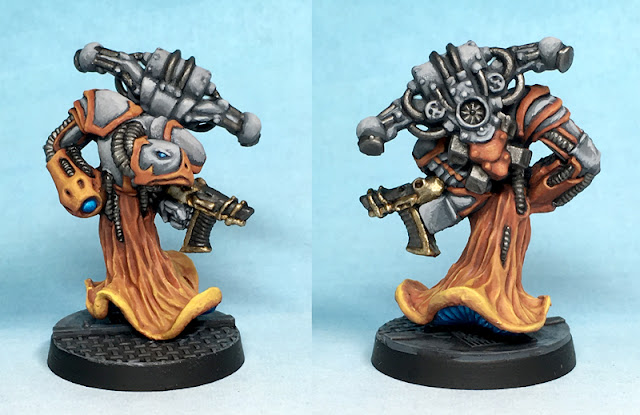 As mentioned this was the third and final Fungoid body Renegade from this diverse range...so naturally I had to take this opportunity to get a group shot of all three.... 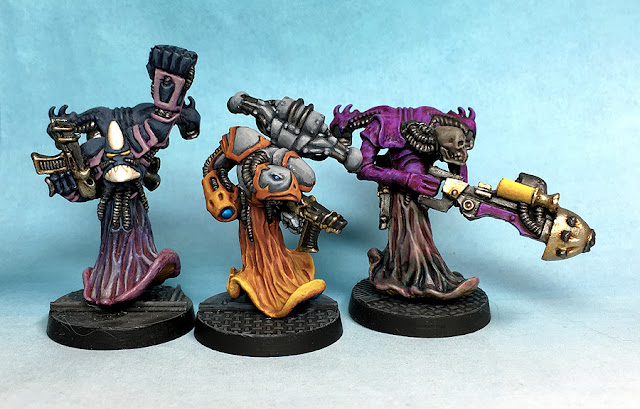 And here is a group shot of all four 3rd Squad Renegades together...I'm not sure when I'll get to add to this squad but I'll be sure to update you when I do. 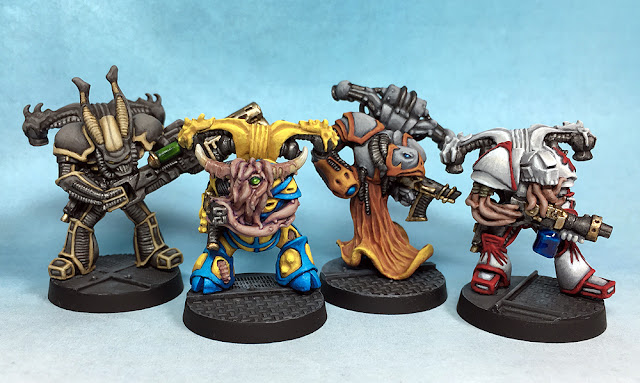