We've just had a brief warm weather window in VT for my Pond Resin pour...and now things are curing in the warm basement...so that story will be along shortly...and in the mean time here is a follow on to my last post about my distraction by building construction.

After feeling pretty happy with the way that the Half Timbered Cottage came out I set right into making my next building...the Stone Barn.

Once again this is a building that I have the card version that I build from TownScapes back in the Day.  The assembly of this one followed the same procedures as the last and went together much quicker due to the lack of timbering.

I used strips of balsa to cover the timber portion of the barn with vertical timbers...and made large doors for this small enclosure as well.  I have yet to put door handles on this building. 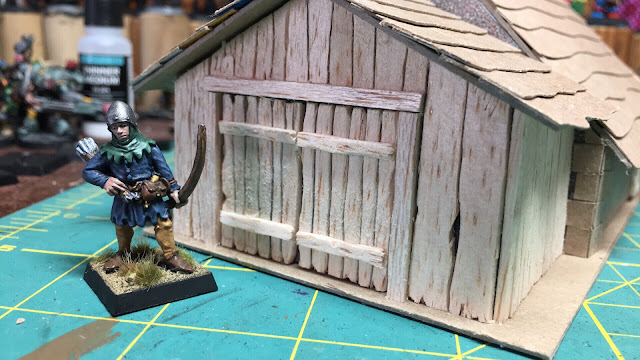 Where this one caused me problems was in the roofing.  In Card form the building has an roughly hewn plank roof...as opposed to the shingles of the cottage.  When I made these out of strips of card...the shape was right but they had no character and were really not working for me. 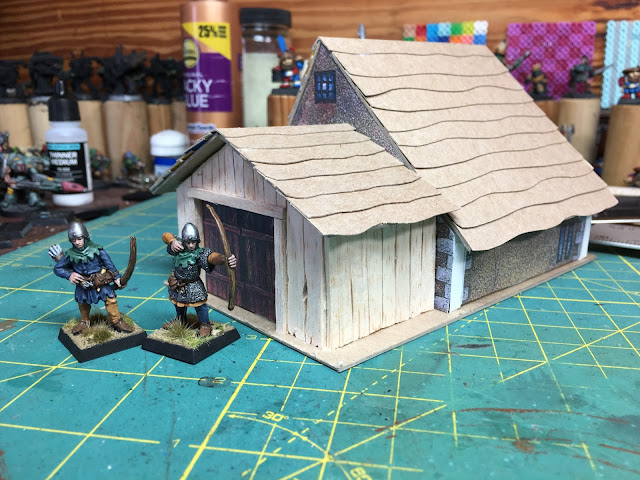 After seeking advice from a number of people I decided to remove the card roof and replace it with planks made out of thin balsa. 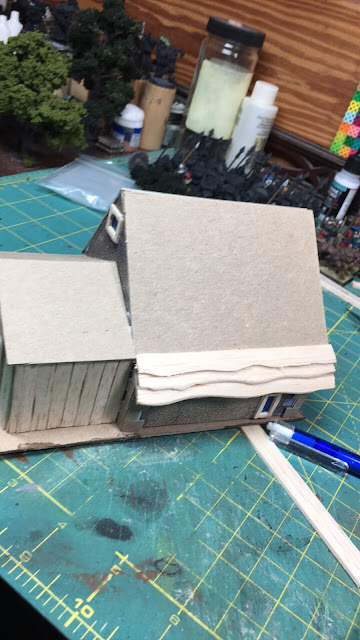 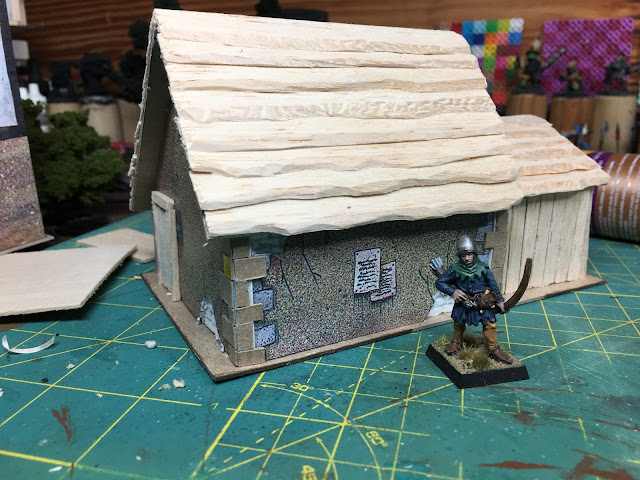 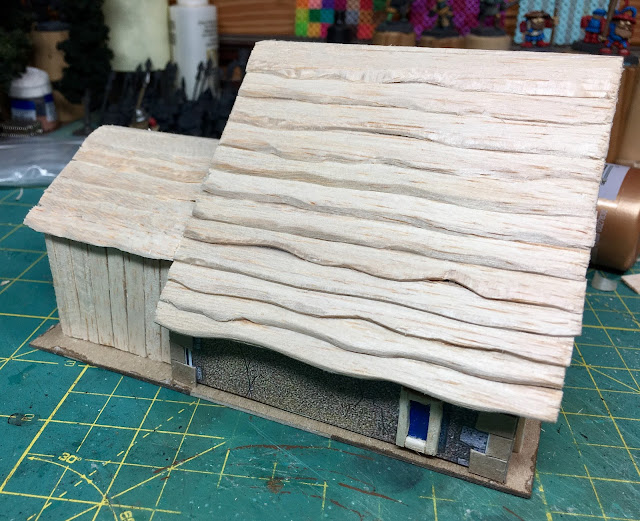 At first glance the difference is dramatic and looks great...but now I'm concerned about the ends of the roof where there are obvious gaps etc...looks a bit sloppy...so I will need to work out a way to camouflage that...sigh...oh well...you live and learn. 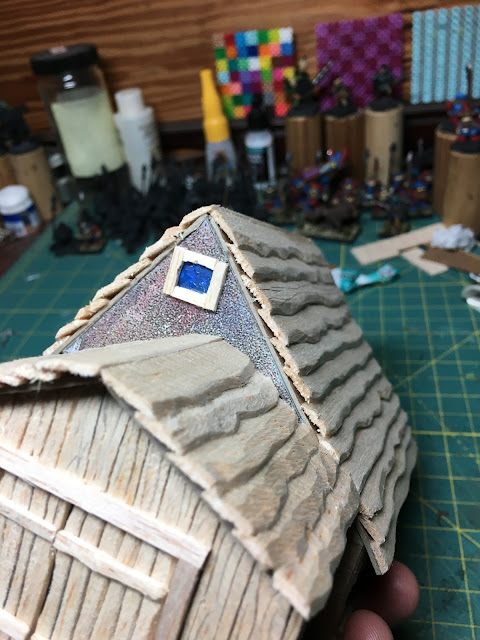 With that somewhat bitter taste in my mouth I moved onto building three...the Half Timber House.  This is a slightly more involved build but followed the same processes discussed with house #1.  There is a lot of timbering on this house...but I've grown to enjoy the process and was very satisfied with the results when finished. 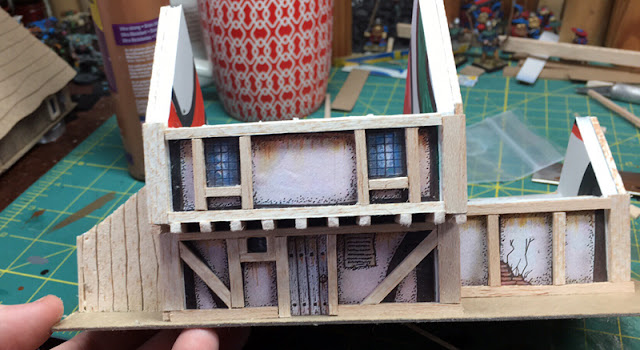 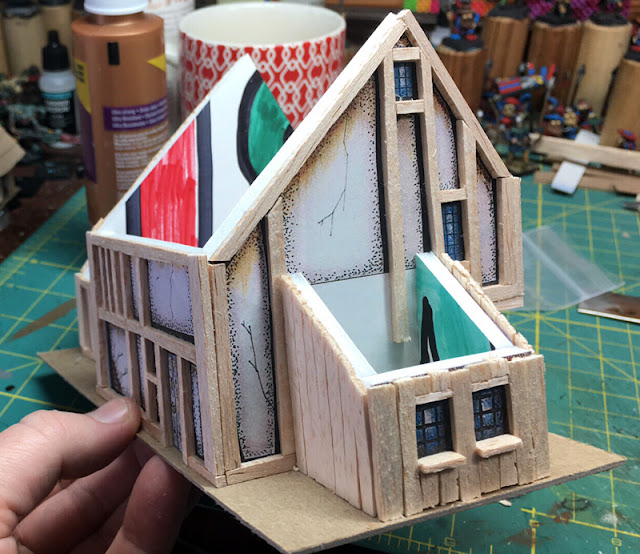 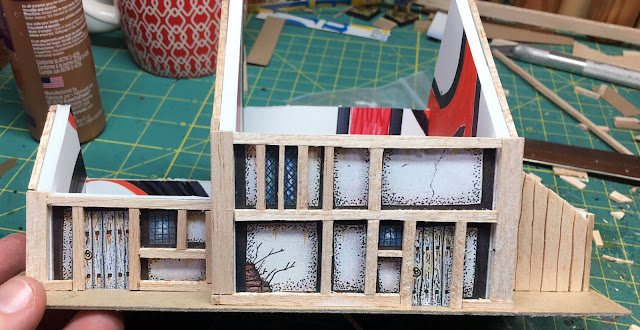 The roof for this was back to shingles...and though it was a lot of scissor work the results are hard to argue with.... 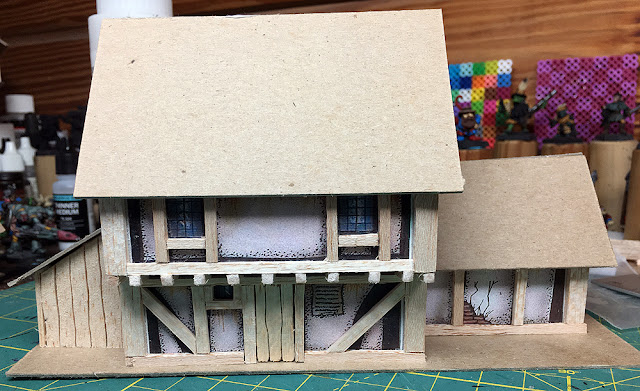 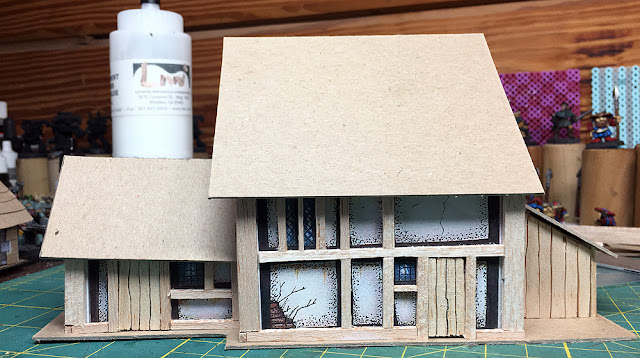 My little Village is starting to grow! 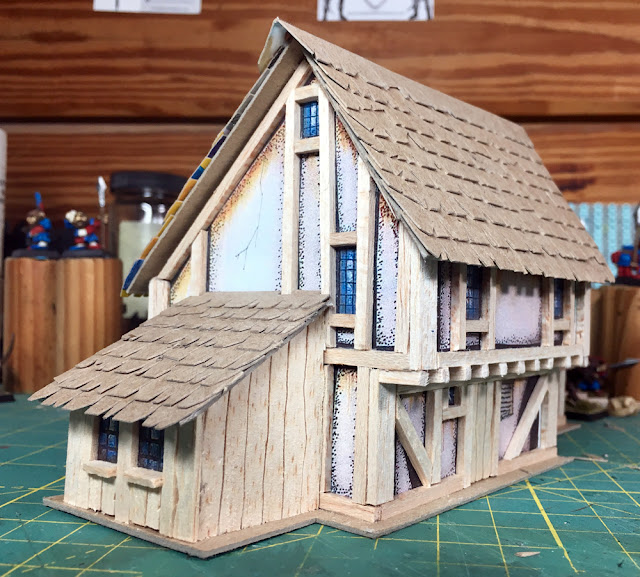 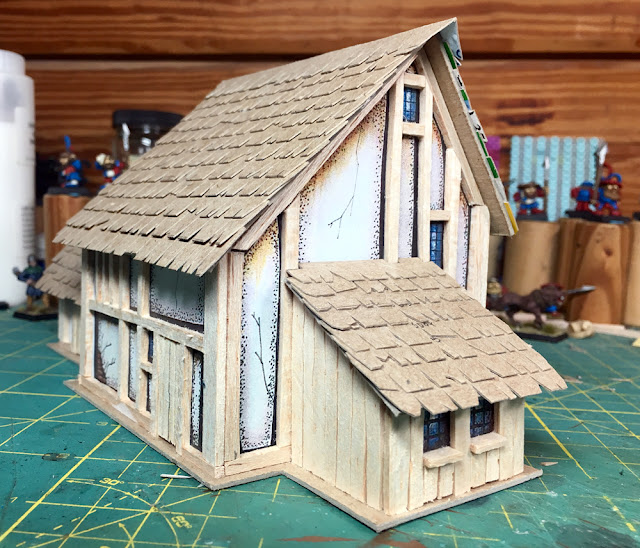 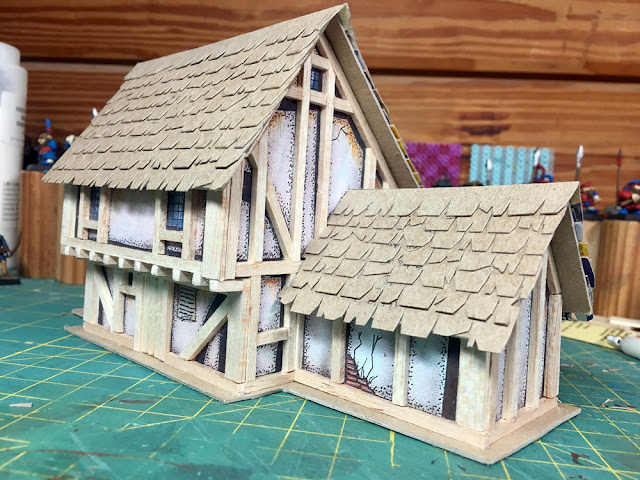 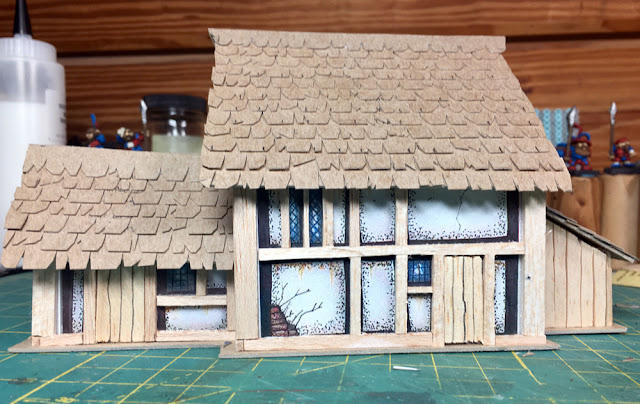 If I can have 4-5 built and painted houses and some scatter terrain (walls, hedges, fences and trees) I'm going to feel like I'm finally in a place where I can put the figures that I'm proud of, on a table that is of similiar quality.