I'm back with an actual hobby update this time!  Despite the lack of evidence in the form of blog posts about it...I have actually been getting some painting done...though field commitments and RL have certainly made the going slow.


But I wanted to take the chance to share some pictures of the two dwarfs I have been painting.  These figures come from the Bood-Wargames collection of Dwarf warriors.  These figures have not been generally released yet (but after a fair amount of begging on my part) Edouard, the nice gentleman who is Bood-Wargames, consented to send me a few sculpts before release so I could slap some paint on them.  Bood is planing on a Crowd funding campaign for these lovely sculpts later this year.

Here are the two I have painted up so far...better detail shots down below 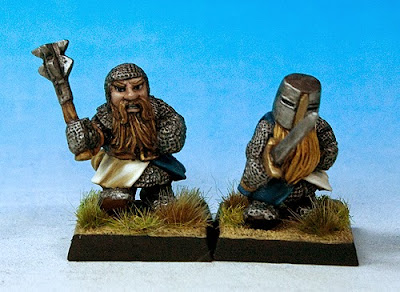 As you can see from the pictures they are designed and sculpted in a medieval manner (as opposed to the excellent Renaissance/Puff and Slash sculpts of the White Knight range) with a strong nod to the classic line of Citadel Imperial dwarfs.  The sculpting was done by John Pickford and the detail is exceptional.  These all come with separate weapon arms which allow some variability between troops.  The weapon options include maces, axes, swords, hammers, spears etc.  I have chosen to arm the group I have been supplied with with hand weapons and shields...though I can certainly see adding a small unit of spear-men to my army in the future.  As you can see the shields are also separate and and I have chosen to photograph these without them so you can get a good look at the sculpts.


Assembly of these figures was quite simple and did not require pinning.  There was also very minimal flash or mold lines.  Here are some pics of these two primed so you can see some more of the detail. 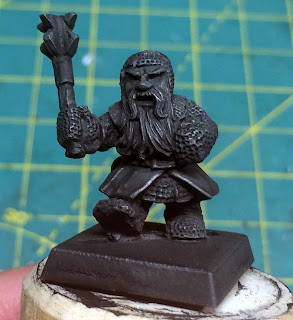 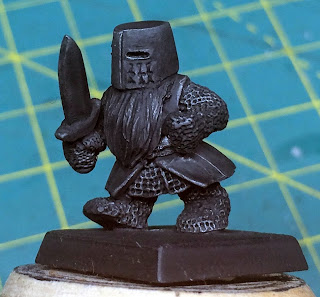 While I had intended to only assemble these two for the moment ...the work was so easy that I ended up putting all of the infantry models that Bood supplied to me together over the course of an evening.  as you can see this is already shaping up to be a fantastic unit! 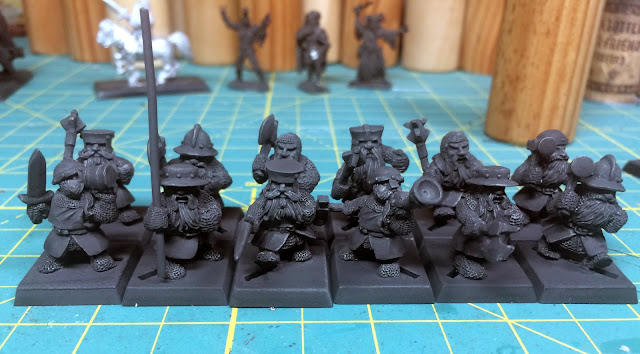 As mentioned above there is certainly a strong Imperial Dwarf vibe to these sculpts and as such I felt it obliatory to take a scale comparison shot as well.  I think they fit perectly!

And now for the Glamour shots.  These two figures were fun and fast to paint up.  The sculpts are fairly straight forward with lots of cloth, chainmail, and beard...minimal flesh exposed.  They are not covered with all the fiddly bits often seen on modern sculpts...which in my mind is a good thing.  That said Bood has included a number of small bits that can be attached to figures to further individualize them...things like helmets, daggers, mugs etc.

Anyway...they are great and you should keep an eye out for the upcoming crowd funding campaign!  I certainly will be! 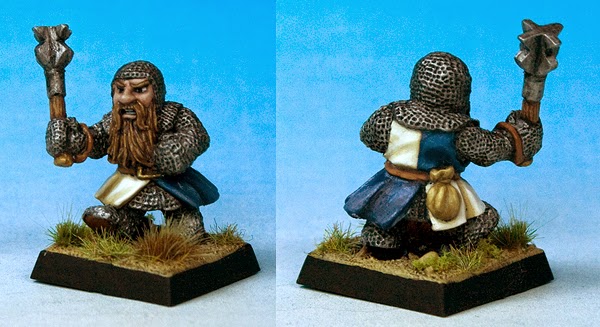 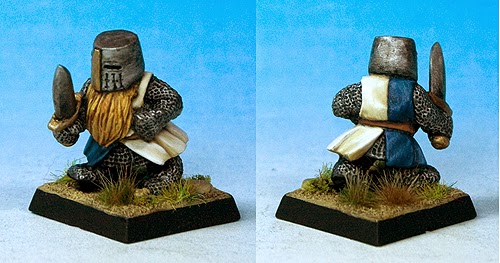 Now, these are just a couple of the infantry models...Bood has also commissioned a range of mounted dwarfs and some special mounted characters.  These are VERY exciting and look fantastic...please stop by his Blog to see some examples of those.  It can be found HERE.  I hope to have an example or two of those painted up soon.