Now that the holidays are settling out its time to catch up with some ongoing projects in the blogosphere.  Don't worry...I'll cobble together a Year End Wrap Up for 2014 at some point...but I feel its important for these things to ..."ferment" for awhile.

Anyway...on with the reason for the post.  I've managed to finish up the Executioner set sculpted by Tim Prow from the ongoing Dragon Bait Miniatures Indiegogo Campaign. Here is the entire set and we will look at the components in more detail below. 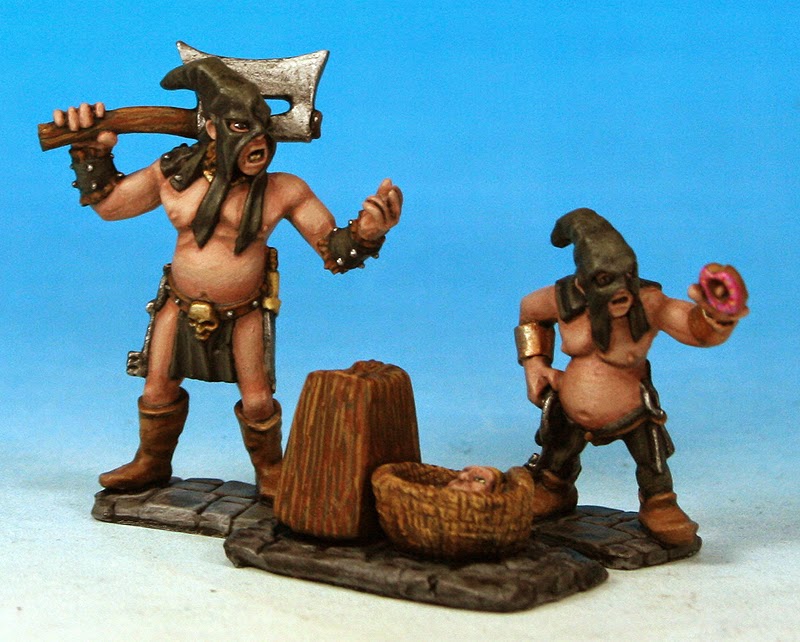 The big man himself is certainly cutting a fine figure in his black headgear...matching loin cloth and leather boots.  The Gold Skull belt buckle really tops things off nicely...along with his..."come hither" stare.  I really appreciate that this guy is a bit tubby...but tough looking.  He would have made a good Blood Bowl player in another life.

Mr. Choppy here is ably assisted by his halfling assistant...who is encouraging their next "client" to the block with a tasty looking donut.

...of course the donut had to be painted as an homage to one of my favorite TV Characters ...Homer Simpson 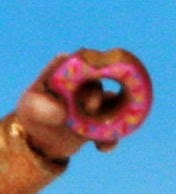 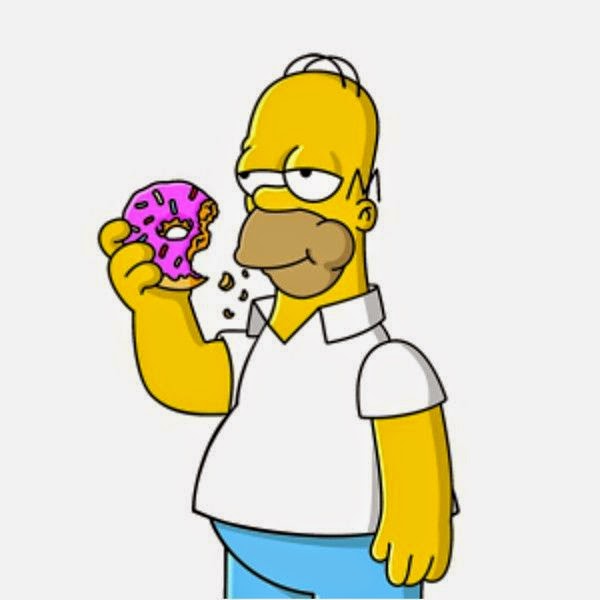 The boys have already been about their work...and a few noggins already rest in the bottom of their basket next to the block. 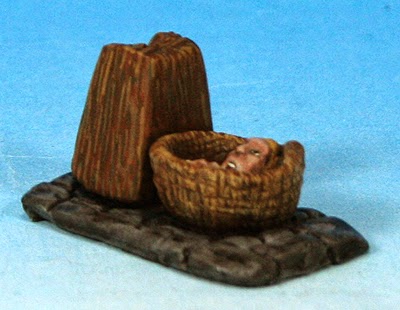 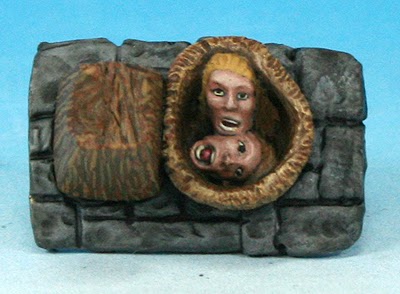 So that's brings me to a question for you all.  I've never really been one to put gore and blood on my figures... but this "diorama" really demands some now doesn't it?  With a couple of heads already in the basket there would obviously be blood EVERYWHERE.  I don't really want that...so should I just put some on the block and a little around the basket...?  Or does it look fine without the gore...?

Anyway...these figures are great and I'm looking forward to working on a couple of more for this campaign in the next week or so.  If you are looking for some interesting, funny, and oldschool inspired figures for collecting or general dungeon gaming needs...you should certainly take a look at the Dragon Bait Campaign.