As some of you may remember a few months ago I picked up several sets of the original Citadel Combat Cards for a pittance.  These were still new in the wrapper and I have left them that way as long as possible.  Well the time has come to open a pack and take a look...as I have been on a bit of a RT 40K right now I thought I would start with the Space Wars pack.

Lets have a look!

Here they are new in the package...yep!  Still on the card and everything! 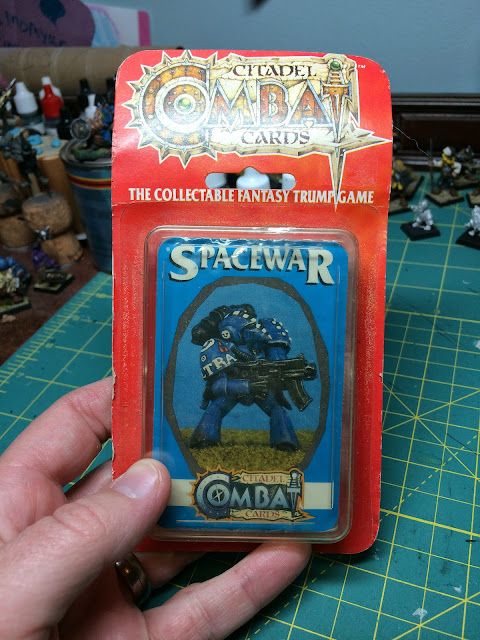 Here is the back of the package which you can see has a brief set of rules for a simple card game using the combat cards.  Back in the day my boys and I played this game on a regular basis for a few weeks...I remember it being too basic to be interesting in the long term but we had fun with it for awhile...and lets face it the eye candy was the important part anyway...:) 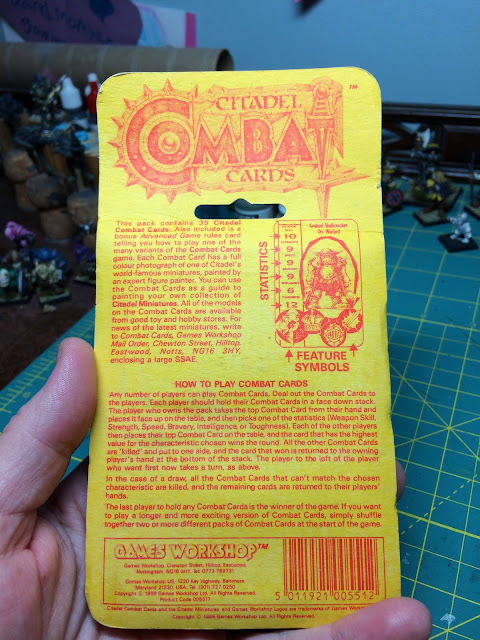 Here is a detail shot of the bottom of the card...showing that these were produced in 1989!!!  I was a mere 16 years old and still deep in the thrall of all things Warhammer....ahhhh the glory days! 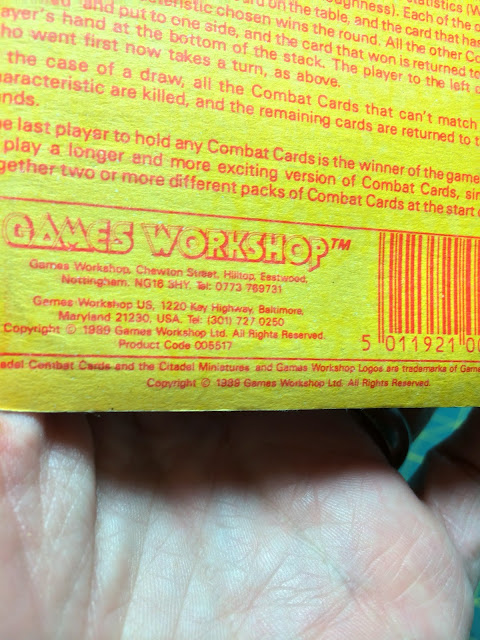 Well time to take a look at these bad boys...lets get them opened up! Off with the card....and blister!  did you catch that whiff of 80's air?!?! 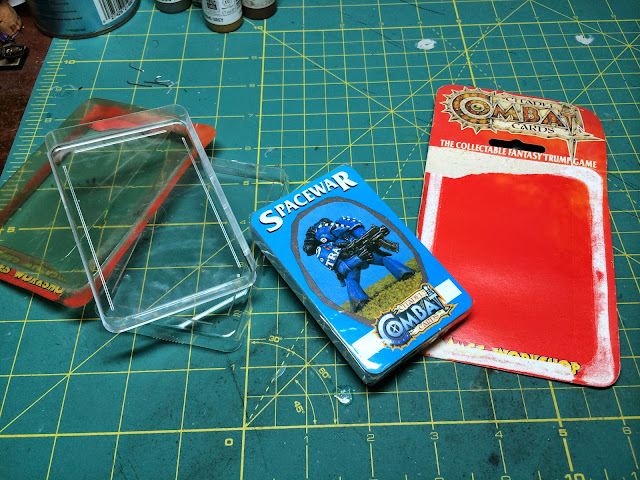 Alright...well lets get on with it and take a look at whats inside.  As you might expect from the cover picture Space Marines make up a large percentage of the picture cards inside.  What did surprise me was the number of cards that featured the plastic marines of the famous box of plastic beakies that we all longed after back in the day...and some still do today.  There are no less than 10 cards with the plastic marines...they do display a fun number of conversions and a wide variety of chapter colors and paint schemes. 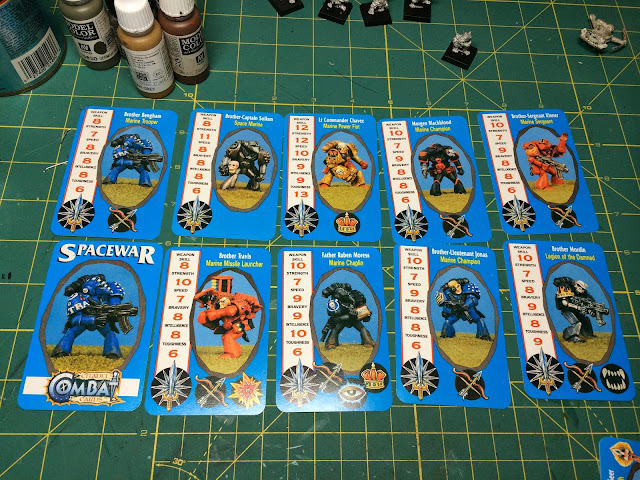 But Plastic Marines are not the only ones represented in this deck of cards...we also have a number o the best of the original metal marines sculpts featured...again displaying a number of differing paint jobs.  My favorite is Brother Janner with his Shuriken Catapult. 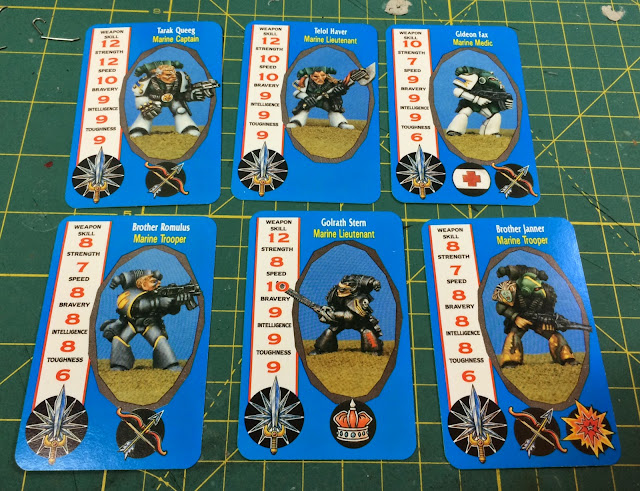 Though Space Marines make up the largest contingent of the Space Wars deck there are  also representative samples of other races and troop types.  To finish out the humans we have a smattering of other interesting cards including an Astropath, an Inquisitor and a Guardsman. 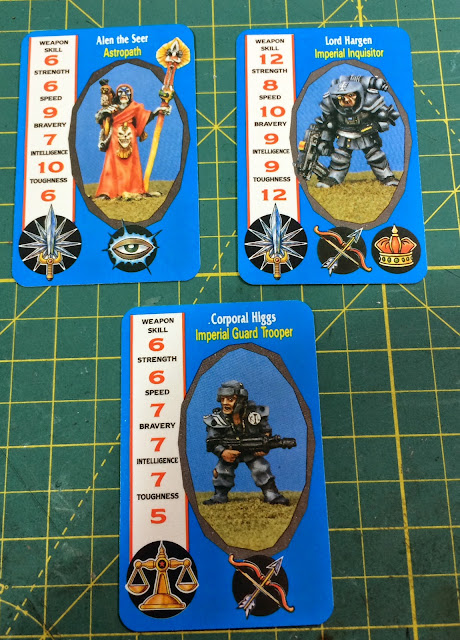 Outside of the the human troop types the Squats are also quite well represented in this deck of Combat Cards.  There are no less than 8 different Squat cards which contain some of the best sculpts from this range IMO...plus check out these flawless paint jobs.  No wonder these go for big money on ebay....these pics make me want to run out and buy a whole armies worth right now!

Eldar appear on only three cards...but again the ones pictured have just spectacular paint jobs...the warlord in particular is smashing!  ...and I really like the subtle warpaint on the Eldar Trooper

Coming from the dark side of the Grim Dark Future we have a small selection of 5 Orks...Boglob the Ork Warchief will certainly inspire my future painting of this same figure.  Some really classic names here as well..."Gutmuncher" being a personal favorite.


And lastly we have a solitary Chaos Renegade...I'm a little dissapointed in this effort as the Renegades are perhaps my absolute favorite Rogue Trader sculpts.  At least the one included is quite fantastic...a great figure, and again, a great paint job.

So there you have it...a quick stroll through the Space Wars Combat Card deck from 1989.  Though the game which they were designed for leaves a little bit to be desired the value of these cards as a visual reference for the classic period for WFB and Rogue Trader 40K is second only to the 'eavy Metal pages of White Dwarf itself.